Ms. Dick-Read, who first came to the territory in 1995 from her native Italy, helps run Aragorn’s Studio in Trellis Bay with her husband. They have been working to get …

END_OF_DOCUMENT_TOKEN_TO_BE_REPLACED 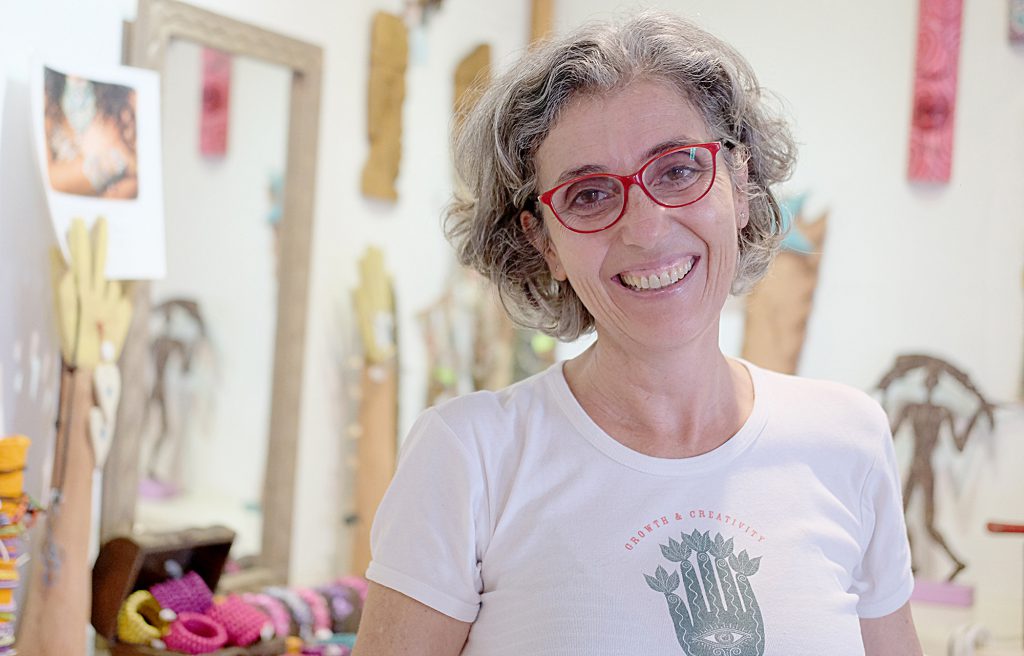 Ms. Dick-Read, who first came to the territory in 1995 from her native Italy, helps run Aragorn’s Studio in Trellis Bay with her husband. They have been working to get the artist enclave running again after Irma.

Overall we’ve been lucky. We lost a lot of equipment after the storm because the big surge came around the building and went all the way in the back. We lost all our pottery equipment. It got damaged from the salt, from the sand.

Part of the roof went off, so it wet all the clay and all the stuff that we kept in back. The way the water went through the workshop, most of the raw materials which we use for glazing were damaged.

The pots — we stored them quite well, so actually we didn’t lose many, which is great. The materials that make our pottery were the most damaged. We claimed those things with insurance so we’re waiting for the answer. We’re still assessing the whole thing.

We also had a big canoe tied up on the side of the building, which is under repair right now. It’s a traditional dugout canoe that we built in Dominica. So it was tied to the building with ropes, and you see it was scratching the building and also probably holding it down. It kind of made an anchorage for the building.

We just repainted the studio, and we’re just coming back into the swing of it. I mean we really need customers. We just got electricity ten days ago — maybe not even — so very recently. Since then, we’ve been working it hard.

We’re trying to clean up because it’s been too long and because of the electricity we’re able to run fans and Hoovers and drills. It was a decision to bring it back to normality. We’ll see how normal we can be.

The traffic is not there, that’s the only problem. Our system is totally down, so I’m not really full on promoting the sales because we’re still trying to open up. Honestly, I don’t have a thermometer on the sales because so far we’ve been totally zero.

Everybody is really shocked to see the beach in this state; it’s very difficult to even imagine what has happened during the hurricane.

It’s a bit difficult, a bit tough, especially because the Last Resort is down, Loose Mongoose is not up yet. We want to re-create the same atmosphere for sure, but until the wrecked boats are off the beach it’s going to be the same story.

We had only one [full moon party] after Irma, and now we’re doing it again. We’re trying our best. It’s quite difficult because there’s not much traffic. It’s very, very slow, and the boats are a distraction from outside.

We haven’t seen many of the locals come back out yet. During the last full moon we were closed, so they might have showed up, but I don’t think they walked up here, because the Loose Mongoose is also an attraction and it’s closed.

Full moon parties for us are quite good. It’s a traditional, creative party, and it’s fantastic. There are a lot of people; we have a lot of different types of people coming in. It’s an important part of Trellis Bay and the BVI and a folkloristic lifestyle.

We created it — after Bomba Shack, it was us. And there are lots of full moon parties now, which is great, because I think it’s important for everyone. It brings people together; it brings business. People need it. It’s going to be a good reason for people to come out.