Mr. Bourdon is chef and owner of Brandywine Estate Restaurant. After Hurricane Irma, he started the Free Food for Kids programme in East End, as well as Adopt a Roof …

END_OF_DOCUMENT_TOKEN_TO_BE_REPLACED 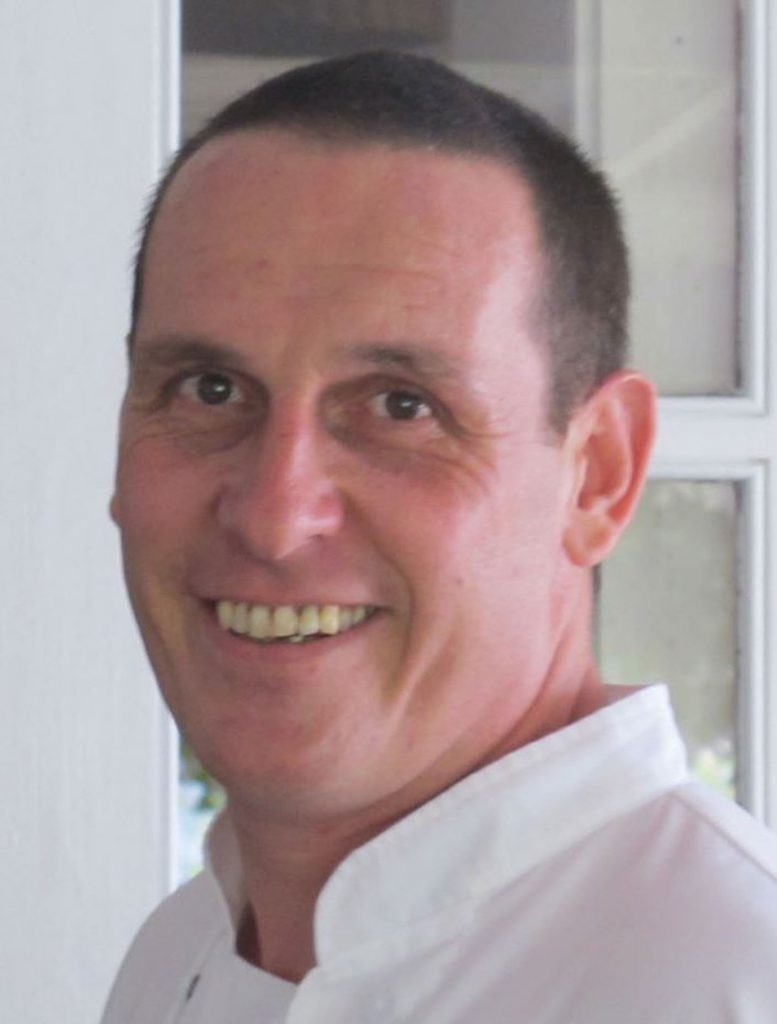 Mr. Bourdon is chef and owner of Brandywine Estate Restaurant. After Hurricane Irma, he started the Free Food for Kids programme in East End, as well as Adopt a Roof BVI, where donors can give as much as they can afford or even “adopt a whole roof.” The organisation has replaced four roofs since Irma and has identified dozens more that need work.

A few days after Irma, I heard that Al Broderick from the Lunchbox at Cedar School was giving away free food for kids. He went to right here in town and he was feeding the kids in school. Right after that, I was like, “Cool, man. I’ve got to help. My kitchen is running, more or less. I’ve got gas; I’ve got food because I was

planning on reopening the restaurant, so what can I do?” He said, “Why don’t you do East End? And then we can find someone to do West End.” He said, “We’ll give them one drink, one fruit and one meal.” That was exciting, so I started that with a lot of food that I had at the restaurant. People started giving $1,000. My landlord gave me another $10,000 donation. It helped us keep going. He allowed me to keep paying my chefs.

It just happened that my waiter met this girl, and one day we saw her in the streets and I asked, “What are you doing?”

“I’m going to the Red Cross to get a tarpaulin.”

So I gave her a ride down there. But the lady there said, “Sorry, we have no tarpaulins.” This young lady was so sad. She was like, “I’m such a loser.”

She started crying and I asked what happened. She said, “I was supposed to come here a few days ago and I didn’t have the time and now there are no more tarpaulins. My grandma is at home and we have no roof and she’s old.”

And I felt sorry for her. At the same time, my landlord was already getting people to fix my roof at my house because my roof was gone as well. So I felt bad and said, “Look, I have tarps at my house; I have the tools and crews and everything. If you want, I’ll pick up two or three guys from my place, we’ll take the tarpaulin, and we’re going to go and put the thing on.”

So I went over there, and when I arrived at this place it was a small little studio. And I see this lady and she was 70-something. She basically had a chair and a door between the two chairs and that’s where she sleeps every night because there’s nowhere else to sleep. The upstairs is gone. And I think, this could be my grandma. So I get upset and we look at the roof and there’s not much we can change. So I said, “We can’t put no tarpaulin on; we have nothing left.”

So that’s it; it’s how it started.

So I went to see a gentleman called Mickey Chalwell. So I say, “Mickey, this woman needs help; she’s 77 years old; you need to help me to help her. We’re going to do her roof; you’re going to give me some lumber for free; we’re going to find the labour. And then after that, maybe why not starting a charity where we can help everybody, because we can’t let people have no roof.” If you have no roof you have no power: They won’t give you the power; you have no fridges. If you’re sick you have no medication.

Two days later we are starting a roof. Every money that comes to us goes to buy material and pay the contractor.

So that’s a lot, to know that you can change people’s lives. And doing this is really hurting your back to start with, but it’s really, really rewarding. You meet people who are really low; they are really upset; they have nothing; they feel like they don’t see a future; they don’t see how they’re going to manage to get back on their feet; they know they don’t have the money; they know that there’s no freaking way to get 20-30 grand to build a roof; but it’s all they have.

And they worked all their life to have this little house and they don’t know what to do, and you look at them and their body’s very much caved in and they have all the weight of the world on their shoulders, and then when they see you drop some material in their yard they know something’s happening here. Then when the roof is on, they change. You pass them on the street and they’re different people. They walk straight and they smile and their life is back. Now they know they have a future.