Vincent “Ocho” John has lived in Road Town for 22 years, running Violet’s Bar and Inn, which lost its roof in Hurricane Irma. After the storm, he was invited to …

END_OF_DOCUMENT_TOKEN_TO_BE_REPLACED 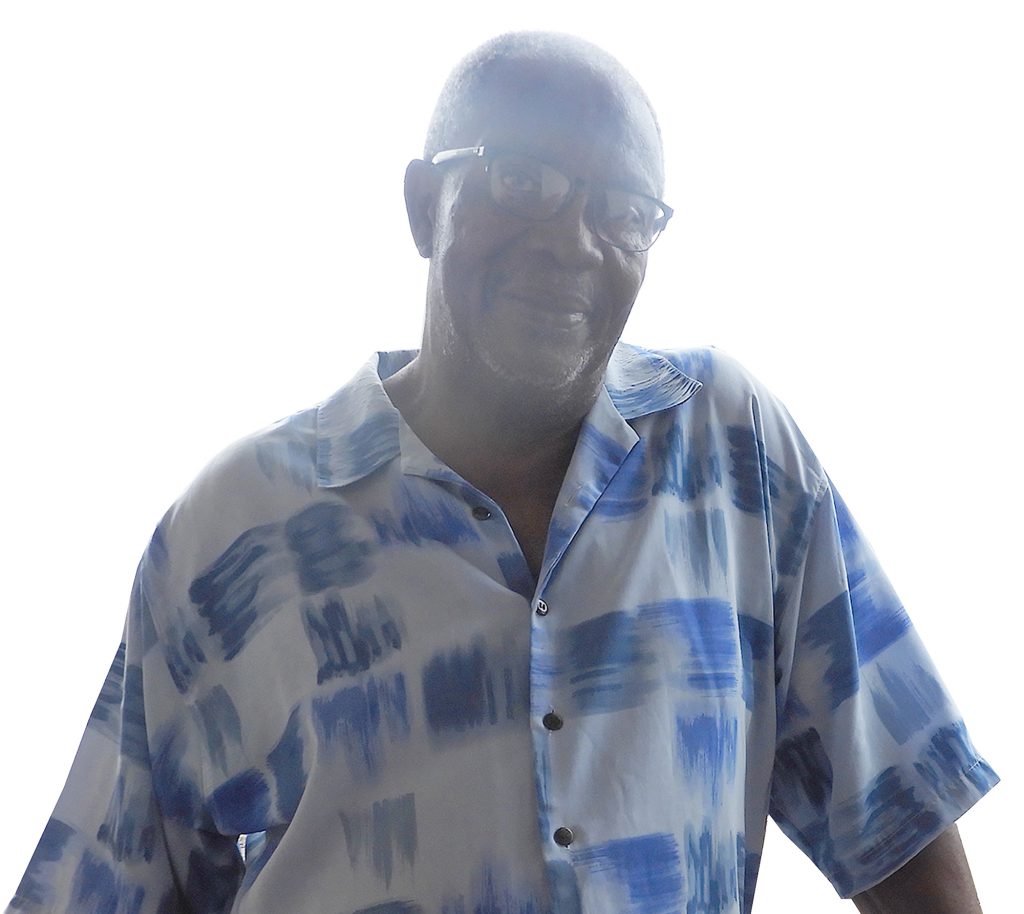 Vincent “Ocho” John has lived in Road Town for 22 years, running Violet’s Bar and Inn, which lost its roof in Hurricane Irma. After the storm, he was invited to stay with his daughter, but chose to remain at his business alone, trying to fix the roof and get it up and running again. Until recently, it was boxed in by other destroyed buildings, which were only cleared this week.

Never seen a hurricane in my life like that yet. And from the time the hurricane start, it break up everything in my face — break down, mash up — but I still survive it. And the whole upstairs, everything mash up in pieces. I was scared, especially when it lifted me up in the air and dropped me straight down in the back of the room there. I got to hold on to safety, hold on over there. And it took me up and pulled me down on the other side, pulled me under the side, but I still don’t let go. I got some good look at it, but I stop and I still try to come downstairs the same night, but I couldn’t pass no way there. Just one end: I could have just scraped through, just to try to get a space, but all these doors fly off. So we got to run downstairs that same night.

So we got to run downstairs and try to get into the room in the bar downstairs. So downstairs, the whole place was underwater. We got to put board up and try to get space in the bedroom to survive the night. So me and a couple in this house, we stayed downstairs. Until now, we’re still here, mopping water with the roof gone, and we’ve been mopping water morning, noon and night — 12, 1, 2 o’clock in the night, mopping water. And me alone downstairs, trying to clean it. Trying to get it gone, but it’s still a little higher and so on, still. One, two inch of water, all there, all night. And now with the state of the place now, we need some kind of help. We’re trying to know if the government will help us or something like that, but we’re here fighting with it: the whole roof, everywhere, water. The roof dropping in inside. So it’s a big, big, big mess. So I don’t know how that will be. But anyway, praise God we still alive now that we’re here, and everybody live to see another day, which is good.

Afterward, nobody come and look for us. Only [Beacon reporter] Claire [Shefchik], she come here twice, which was very good. Come here twice and looking for me here, saying that she was trying to help get everything straightened up. Outside, she was trying to get outside cleaned up and so on. It look very good outside now; outside looking good now. But [Communications and Works Minister Mark] Vanterpool, he supposed to come here, and nobody ain’t come. I keep calling his phone all the time, but he don’t study or call me now. Long time when I called him, he’d come around all the time, saying, “Ocho, tell me such and such and such.” But now he don’t study us no more.