Virgin Gorda is the latest target of vulnerability assessments that research teams are conducting in the territory to better understand the challenges facing each community. Teams will assess both natural …

END_OF_DOCUMENT_TOKEN_TO_BE_REPLACED 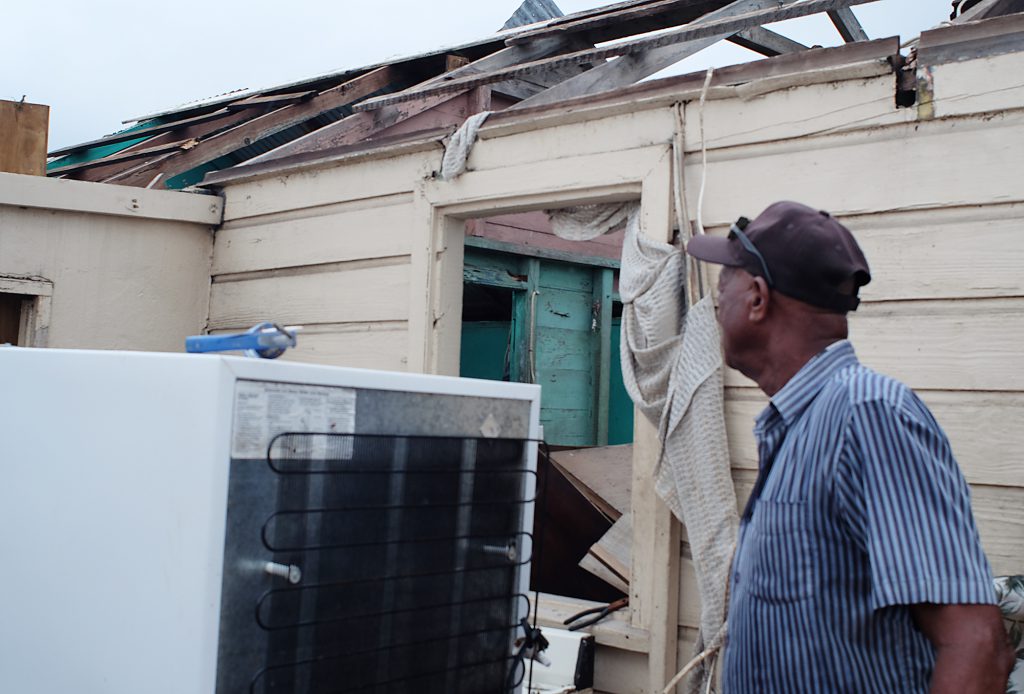 About a month after Hurricane Irma devastated the territory in 2017, Theodore Stevens looks over the wreckage of his mother’s home in Spanish Town, Virgin Gorda. An ongoing vulnerability assessment is designed to help the island prepare for future disasters. (File photo: AMANDA ULRICH)

Virgin Gorda is the latest target of vulnerability assessments that research teams are conducting in the territory to better understand the challenges facing each community.

Teams will assess both natural and man-made hazards on the sister island, Natural Resources, Labour and Immigration Minister Vincent Wheatley said June 11 in the House of Assembly.

“The detailed analysis, which will assess various hazards and [their] impacts on the community, will then be followed by action plans for reducing vulnerability and enhancing resilience,” Mr. Wheatley (R-D9) said.

The Organisation of Eastern Caribbean States, working with partners in the territory, will review what steps VG residents can take to reduce the physical and socioeconomic impacts of disasters, factoring in remaining damage from hurricanes Irma and Maria in 2017, according to the minister.

“We anticipate, for instance, that matters related to physical and natural environment, health, [and] food security would be addressed and informed by the work which will be undertaken,” he explained.

Mr. Wheatley said researchers will have to get innovative in gathering community feedback in the absence of typical in-person meetings with residents.