“The UK is now outside the European Union,” Governor Gus Jaspert said during a Monday press conference. “But there are some important messages for people in the BVI in terms …

END_OF_DOCUMENT_TOKEN_TO_BE_REPLACED 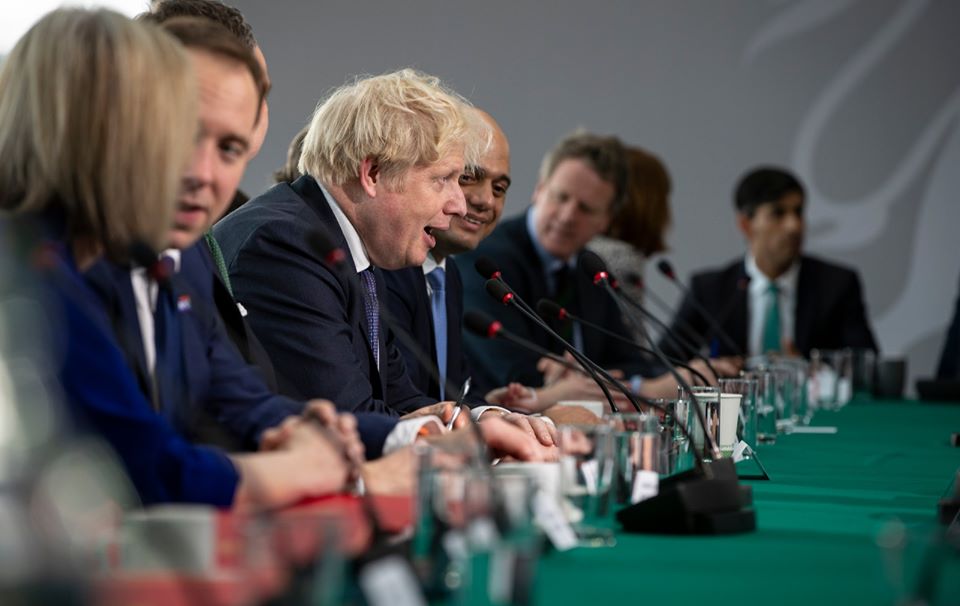 “The UK is now outside the European Union,” Governor Gus Jaspert said during a Monday press conference. “But there are some important messages for people in the BVI in terms of what it means for the territory.”

Putting a pin in a years-long saga, the United Kingdom officially left the EU at 6 p.m. on Friday, making good on the Conservative Party’s longstanding promise following its landslide victory in the December election.

Even though the Virgin Islands and other overseas territories weren’t allowed vote in the 2016 Brexit referendum, they too saw their EU ties severed. Now VI leaders are deciding how to proceed as the UK begins a “transition period” of EU negotiations scheduled to last through the year.

“What this means in real terms is that the UK will no longer fully participate in the economic, social, political and legal arrangements of the EU, which it has done for the past 47 years,” Premier Andrew Fahie said Friday. “The UK government will now be able to fully exercise its independence in making decisions for the UK across all critical areas of national life.”

Overseas territories have voiced various concerns about Brexit, including the potential loss of travel privileges in Europe, financial aid for sustainability projects, and representation with the European Commission and other governing bodies.

On Monday Mr. Jaspert reassured VI residents that much will stay the same in terms of free movement and financial aid — at least for the rest of the year. The governor said the transition period will allow previous rules and procedures to stay in place as world leaders hash out the details.

Those who hold a passport recognised by the UK government will have that grace period for travel.

“If people are thinking about traveling to the European Union or they’re working in European Union countries, nothing changes on that front” during the transition period, Mr. Jaspert said.

People who hold UK passports — including Virgin Islanders — benefit from visa-free travel to the European Schengen Area because of the UK’s membership in the EU. The Schengen Area covers 26 European countries that allow for unrestricted movement across internal borders. This allows passport-holders to work, study and do business in that area without restrictions.

Mr. Fahie, however, cautioned on Friday that these privileges “are now up for negotiation as the UK and EU begin negotiations on their future relationship that will conclude by the end of the year.”

The premier also noted the distinction between a UK passport and a British overseas territories passport, which falls under different visa-free travel regulations. The BOT passports also will be unaffected by Brexit for now, the premier said.

The UK will also be taking this time to negotiate new trade deals. Per the UK’s Withdrawal Agreement Bill, negotiations must conclude before the end of the year, though political experts say such agreements typically take years to finalise.

Dr. Peter Clegg, a professor of politics and international relations at the University of the West of England, said in a previous interview this means the initial deals will likely have fairly limited objectives.

Mr. Jaspert said he, the premier and other leaders are staying in regular contact with the British government in order “to make sure the BVI’s interests are a part of the discussions.”

“That’s led to some things that are very important to the overseas territories,” Mr. Jaspert

said. “For example, the United Kingdom prime minister guaranteed, and actually got it as part of the negotiations with the European Union, that any funding that the EU gives to any territories, including the BVI where we benefit from some European funding, that funding is guaranteed to keep going.”

Through the EU-controlled European Development Fund, the VI benefits from a pot of €40 million designated for the Caribbean region’s environmental projects. The VI would not be eligible for these project dollars as a standalone territory.

“Any project that is currently being funded from the European Union will continue, regardless of the length the project time,” Mr. Jaspert said, explaining that the VI doesn’t have as many of these ongoing projects as other British territories.

One of the largest, though, is funding improvements to the VI’s disaster shelters, worth about €2 million.

However, Mr. Fahie said the VI will lose out on some future aid opportunities.

“We lose our associate status in the EU and will have no access to the next round of EU funding earmarked for the French, Dutch and Danish territories we leave behind,” Mr. Fahie said. “This is very unfortunate since the BVI is eligible for little other development assistance.”

The premier added that the VI government officially recommended that the UK create a “sustainable development fund” to replace this project funding after 2020. He plans to attend the Joint Council Meeting of the UK and OTs in London in March to reaffirm these interests, he said.

Beyond financial aid, the governor expressed optimism about the VI’s financial position after Brexit.

“There’s also lots of opportunities for both the United Kingdom and BVI,” Mr. Jaspert said. “As trade deals or trade arrangements can be opened up right across the world, I hope the BVI will take full advantage of those as well.”

VI resident Sam Henry shared this optimism for the future of Brexit, saying, “I believe the UK is in a bright position now to better manage their country. Here in the BVI we have to fight for more autonomy and be able to negotiate our own relationship with the EU and other countries. But in the end, whatever Great Britain works out, we will still benefit.”

Benito Wheatley, special envoy of the premier and policy fellow for the Centre for Science and Policy at the University of Cambridge, said Brexit’s official passage offers some certainty for the VI.

“However, now there is uncertainty about its future relationship with the EU and the UK’s place in the world,” particularly regarding trade and security, Mr. Wheatley said. “The question for the BVI is: What is the place of the overseas territories in post-Brexit Britain? This is important as the UK forges a new international role for itself.”

As the VI navigates its future relationship with the EU, Mr. Fahie said it has several priorities.

These include ensuring the BVI London Office continues to represent the territory in the EU; seeing that central government continues to communicate with the EU on issues such as the VI’s place on the “grey list” of non-cooperative tax jurisdictions; maintaining a political presence in Brussels through the Overseas Countries and Territories Association; partnering with the EU Outermost Regions in the Caribbean, including Guadeloupe, Martinique, St. Martin and French Guiana, on sustainability development; and gaining associate membership with CARIFORUM, the Caribbean’s negotiating body with the EU to facilitate trade and development.

“These are uncertain times and certainly uncharted waters for the UK and EU,” Mr. Fahie said. “As your premier and minister of finance, I want to assure you that your government will continue to be vigilant in looking out for the best interest of the BVI as we navigate our way through the great changes taking place in Europe and the world today.”