Special Reports > The faces of Power52: Multiple entities, one brand

The faces of Power52: Multiple entities, one brand

When the three Power52 founders talk publicly about their endeavours, they often refer to their organisation simply as “Power52.” But at least two separate entities have collaborated under the brand …

END_OF_DOCUMENT_TOKEN_TO_BE_REPLACED 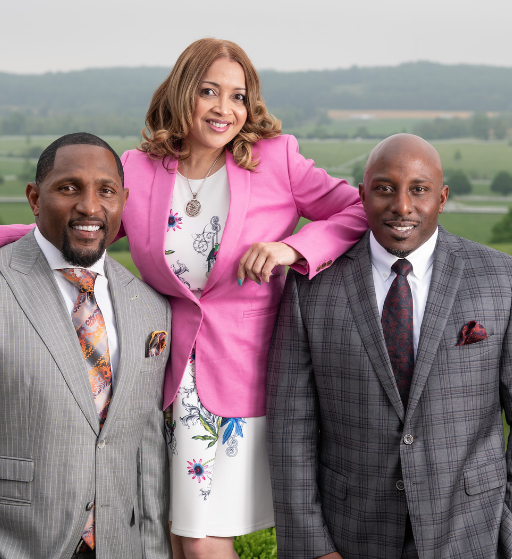 When the three Power52 founders talk publicly about their endeavours, they often refer to their organisation simply as “Power52.”

But at least two separate entities have collaborated under the brand in Maryland, and two more have been established recently to carry out ventures in the Virgin Islands.

At times, this arrangement has led to confusion.

The brand began with a non-profit organisation: Power 52 Inc. was incorporated in September 2015 in Maryland, shortly after the state introduced a pilot programme that encouraged residents to purchase energy from solar fields erected on unused farmland.

In subsequent online posts, they explained that the two entities worked in tandem: the non-profit foundation, led by Ms. Brooks, training at-risk people in solar technology; and the for-profit corporation, led by Mr. Wallace, helping to put them to work at various projects.

In 2018, as Mr. Wallace racked up debt on a solar project erected on Maryland farmland, the non-profit foundation paid nearly $370,000 to his for-profit firm for “consulting” — about 40 percent of the foundation’s total revenue that year, according to its tax filings.

In interviews and public statements, meanwhile, the founders did not always differentiate between the two entities, at times leading to confusion about the roles played by each.

Similar ambiguity also arose in connection with Power52’s work in the VI.

In January 2020, Messrs. Wallace and Lewis visited the territory to announce plans for a solar training programme at H. Lavity Stoutt Community College.

During a press conference, Mr. Wallace recounted the history of the training programme offered by the Maryland non-profit foundation, which he called only “Power52,” saying he and Mr. Lewis wanted to bring a similar initiative to the VI.

At the same press conference, Education Ministry Permanent Secretary Carolyn Stoutt-Igwe said the college was signing a memorandum of understanding with “Power52 Inc.” — the official name of the non-profit foundation.

But last October, Ms. Brooks — who had finalised a divorce from Mr. Wallace about three months earlier — emphatically denied that the non-profit foundation was involved in the VI programme.

“We have NEVER been to BVI and DO NOT have any contracts to do ANY work in the BVI,” Ms. Brooks wrote in an email.

“Please stop contacting me and my partners about us!!!!!!”

As of this week, however, Ms. Brooks’ biography page on the foundation’s website told a different story.

“Training programs are currently offered in both Howard and Baltimore Counties with future programs being developed in the British Virgin Island [sic], Florida and Arizona,” the biography states next to her smiling photograph.

Ms. Brooks did not respond to additional questions, but HLSCC President Dr. Richard Georges confirmed this year that the college signed the January 2020 MOU with Power52 Energy Solutions — which by then had been forfeited by the state of Maryland for about three months — and eventually contracted the VI-registered Power52 Caribbean Energy Institute to carry out the training.

Mr. Wallace confirmed that account in interviews last week, and he said the non-profit Power52 Foundation is not involved in the VI projects in any way.

He also distanced himself from the entity.

Though the non-profit organisation’s first 2015 press release names him as president and CEO, he initially told the Beacon last week that he has “nothing to do with the foundation at all” and had not served as its CEO or president at least since launching the for-profit Power52 Energy Solutions at the start of 2017.

“I don’t think I had an official position. I might have set up the paperwork and maybe held the first meeting — maybe, but I can’t remember,” he said, adding, “But in terms of a position on the foundation, [Ms. Brooks] became the executive director and then Ray and I went on to Power52 Energy Solutions.”

In a separate interview, however, he also said that he still serves on the non-profit foundation’s “advisory board.”

“I have not been active in that, and so this year will be my last year on there,” he said, adding, “I have been on the advisory board since the beginning, but we don’t have any voting rights or anything like that: It’s just strictly helping to make sure that the board operates within the mission of the foundation.”

Online documentation of Mr. Wallace’s recent work in Maryland also appears to link him to the Power52 Foundation.

A land-use decision from the Howard County Board of Appeals states that he identified himself as the foundation’s CEO during a meeting in November 2019.

But Mr. Wallace told the Beacon that this reference was a mistake, and that such mix-ups are not uncommon.

“What happens is a lot of times when folks see Power52, they assume it’s all like one big company, and it’s not,” he said.

While Obrecht was negotiating a construction contract with Power52 Foundation in 2019, Mr. Wallace served as the point of contact, according to Bryan Eberle, Obrecht’s former legal counsel and current president of construction.

At the time, he said, he believed Mr. Wallace to be the co-CEO and president of the foundation. But after the firm sued the foundation for unpaid bills in March 2020, Mr. Wallace — who was not named in the lawsuit — didn’t appear at subsequent court proceedings, Mr. Eberle said.

“I know that there’s two separate entities with Power52,” he said, adding, “We didn’t necessarily understand the structure of either of them until things got to the point of [the court proceedings].”

Mr. Wallace denied playing any part in the court matter or representing himself to Obrecht as CEO or president of the foundation.

“Cherie [Brooks] is very particular about ‘she is the CEO and I’m not,’ … so there’s no way in the world I did that, ever,” Mr. Wallace said.

On the foundation’s website, Ms. Brooks is listed as the CEO and president, and Mr. Lewis as a founder.

Ms. Brooks, however, has provided a slightly different title for herself in the foundation’s annual tax filings: She is identified as “executive director” in public 990 forms from 2017, 2018 and 2019 — the only ones the Beacon was able to obtain.

Those filings list no one besides Ms. Brooks in a section that asks for the names of all officers, directors, trustees and key employees of the foundation.

Attempts to reach Mr. Lewis were not successful.