The Moorings expands to St. Thomas

Even as the Virgin Islands charter industry struggles to regain the business it lost during the Covid-19 pandemic, it is poised to get some new competition from its neighbouring territory. …

END_OF_DOCUMENT_TOKEN_TO_BE_REPLACED 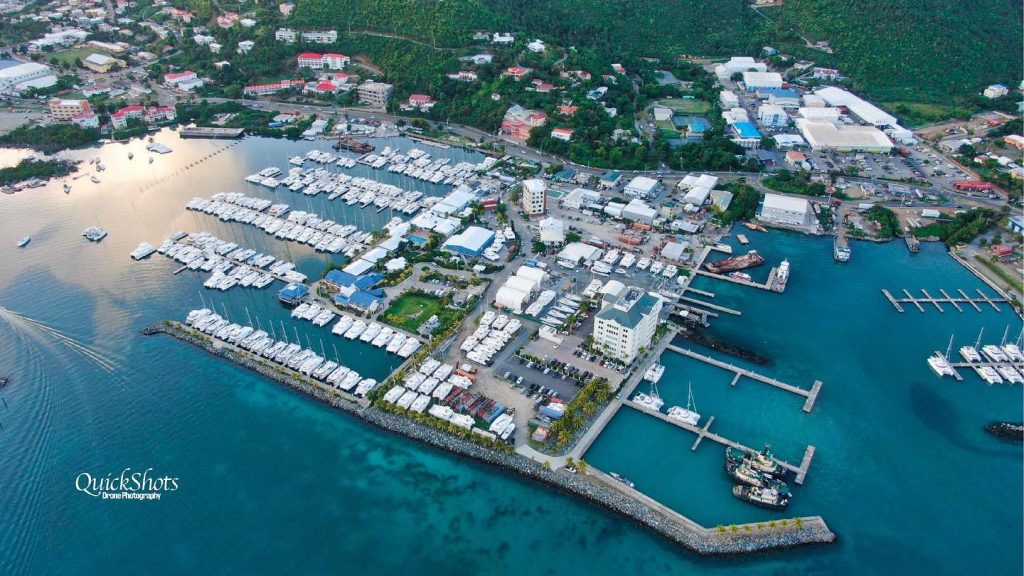 The Moorings, which in 2019 celebrated 50 years in Tortola, will open its first location in St. Thomas next month. The company’s Tortola location is pictured below. (Photo: QUICK SHOTS DRONE PHOTOGRAPHY/FACEBOOK)

Even as the Virgin Islands charter industry struggles to regain the business it lost during the Covid-19 pandemic, it is poised to get some new competition from its neighbouring territory. The Moorings, home of the territory’s largest bareboat fleet, is setting up shop in the United States Virgin Islands beginning next month.

“We are thrilled to launch St. Thomas as our newest destination,” said Josie Tucci, vice president of sales and marketing for The Moorings, noting that the move was long in the making. “The USVI have long been sought-after cruising grounds, and we are excited to offer this new, captivating destination to our charter guests.”

The Moorings began in Tor-tola in 1969 with just six boats, and its base in this territory remains one of its flagship locations. Since then, the company has expanded to include 20 destinations throughout the Caribbean, South America, Eu- rope and Asia-Pacific regions. It now claims to employ about 800 people worldwide operating a fleet of some 400 yachts.
“The Moorings always strives to provide first-class charter vacations, and this new operation will enable us to continue delivering the seamless, convenient vacation experience our clients have come to expect,” Ms. Tucci said of the St. Thomas operation.

A Moorings press release about the expansion notes the relative ease with which US travellers can reach St. Thomas, a factor which could put the is- land’s base at an advantage over the one in Tortola given the lack of direct flights to Beef Island from the US mainland.

“With multiple major airlines accommodating direct flights from the United States [to St. Thomas], charter guests will find it easier than ever to arrive at their yacht quickly and seamlessly,” the release stated. “In addition, no passport is required for US citizens.”

The Mooring is not the first Tortola-based charter company to move into the St. Thomas market in recent years. BVI Yacht Charters, Navigare, Dream Yacht Charters and MarineMax all have opened bases in St. Thomas in recent months, attracted by direct flights from the US mainland and less of a hassle with customs and immigration.

Many of them also deliver boats to and from the VI, allowing guests to begin and end their trips on St. Thomas.

“We will have a small fleet of yachts based here permanently and will also be making our BVI-based yachts available to pick up and drop off in St Thomas,” BVI Yacht Charters wrote on its website. “To our customers this means easy, often direct flights to St. Thomas with no time-consuming transfers or ferry boats.”

The trend could position St. Thomas to draw tourists from this territory, especially coupled with the recent announcement from the VI government that the opening of the seaports will be pushed back to March 1.

“Most owners of Moorings boats are American,” said Janet Oliver, executive director of the Charter Yacht Society. “In many ways it makes sense for them to move their yachts to where they, and charter guests, can more easily reach them, particularly in this time of Covid.”

CYS Chairman Graham Gips added, “What we are seeing is the fallout from months of unsuccessful industry and government consultation.”

Because of the current “stringent entry protocols” in the VI, he said, the territory’s yachting sector has been seeing occupancy rates of less than five percent.

“Businesses cannot survive in this climate, and investor confidence is at an all-time low, with no potential upside in sight,” Mr. Gips added. “Unfortunately for the BVI, the yachting business assets are mobile, and businesses are leaving for more friendly business environments.”