After a prize-winning wave at the Josiahs Bay Surf Classic on Sunday, David Donovan was on a high. “The first three waves I attempted to catch, I got blocked off; …

END_OF_DOCUMENT_TOKEN_TO_BE_REPLACED 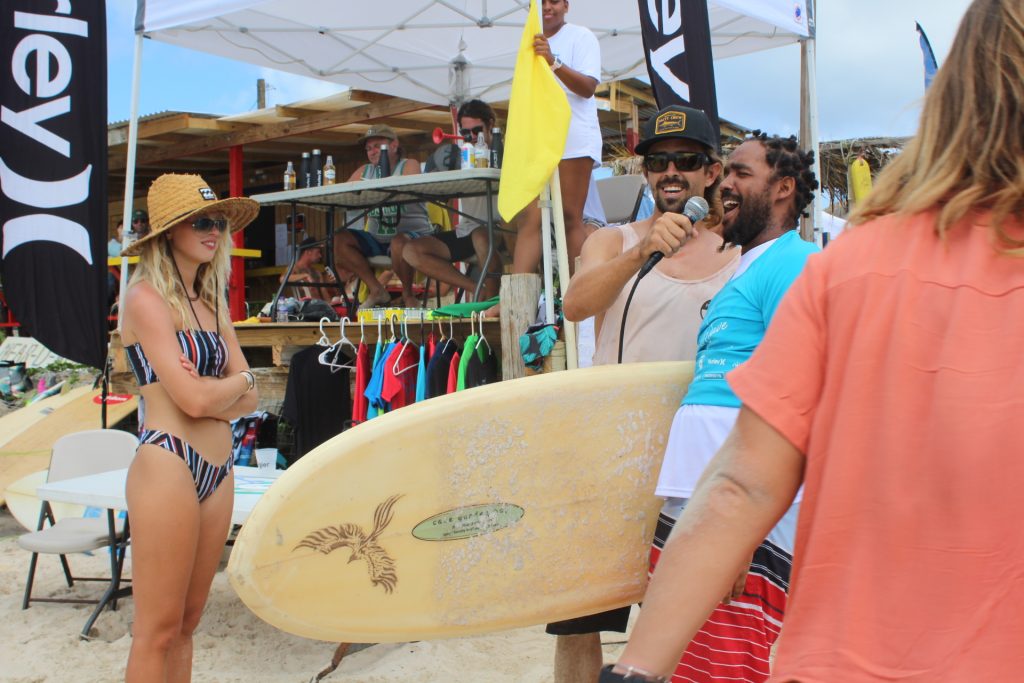 David Donovan, a surfer in the men’s division, shares his thoughts after third-place win.

After a prize-winning wave at the Josiahs Bay Surf Classic on Sunday, David Donovan was on a high.

“The first three waves I attempted to catch, I got blocked off; … I jumped off. But the last wave I caught, it was spectacular,” Mr. Donovan said. “It was the biggest and longest wave. On that wave I did four cutbacks, a floater, and a 360 at the end.”

Though he took third place in the men’s division, he would have liked to do more.

“I’m upset because I wish I had more time to perform,” Mr. Donovan added.

He was among more than 55 surfers who competed in the Sunday event as more than 200 other spectators looked on from shore.

“This is an event that brings people from all walks of life together,” said event organiser Zoe Sorrentino. “All the local legends come down, and we’ve seen so many more people surfing.”

The Surf Classic hosted competitors in five categories, along with a boogie board contest for young surfers. With registration opening at about 10 a.m., the classic kicked off with corporate groups catching waves followed by grommets’, women’s, men’s and veterans’ competitions. 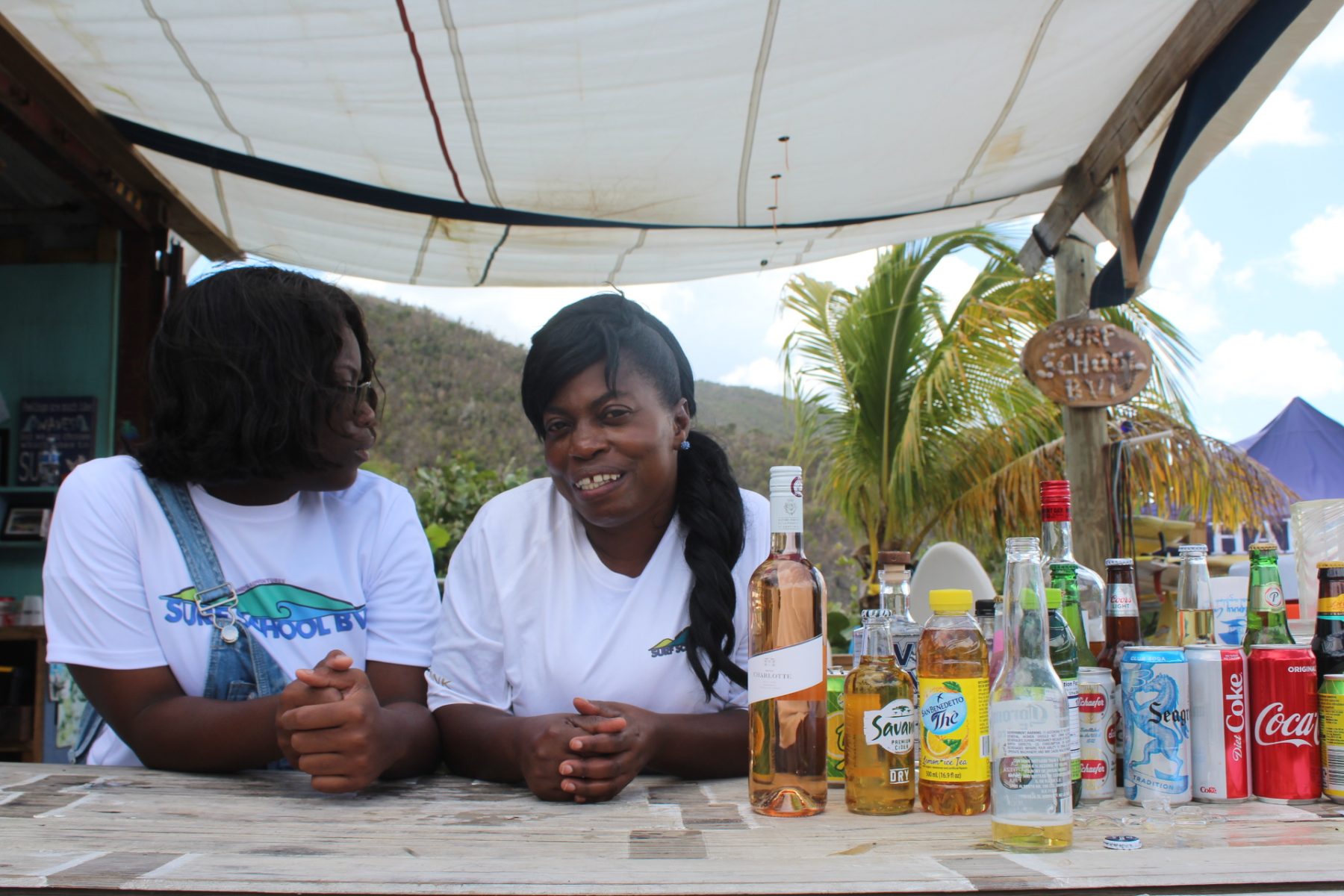 Saturday was the third in a series of competitions that began last April. After surfing one day, Ms. Sorrentino and Kezzia Gray were hanging out at the Surf School BVI with co-owner and instructor Steve Howes, and they had the idea to bring surf competitions back to the area.

They worked out logistics with Mr. Howes, got their friends together, and reached out to the community. A short three weeks later, they held their first classic. Expecting only 30 or 40 people to show up, Mses. Gray and Sorrentino were surprised to see more than 150 people come out to the event.

“From the first turnout, we’ve had 150 or more each time,” Ms. Gray said. “It’s surprising to see how many people are interested.” 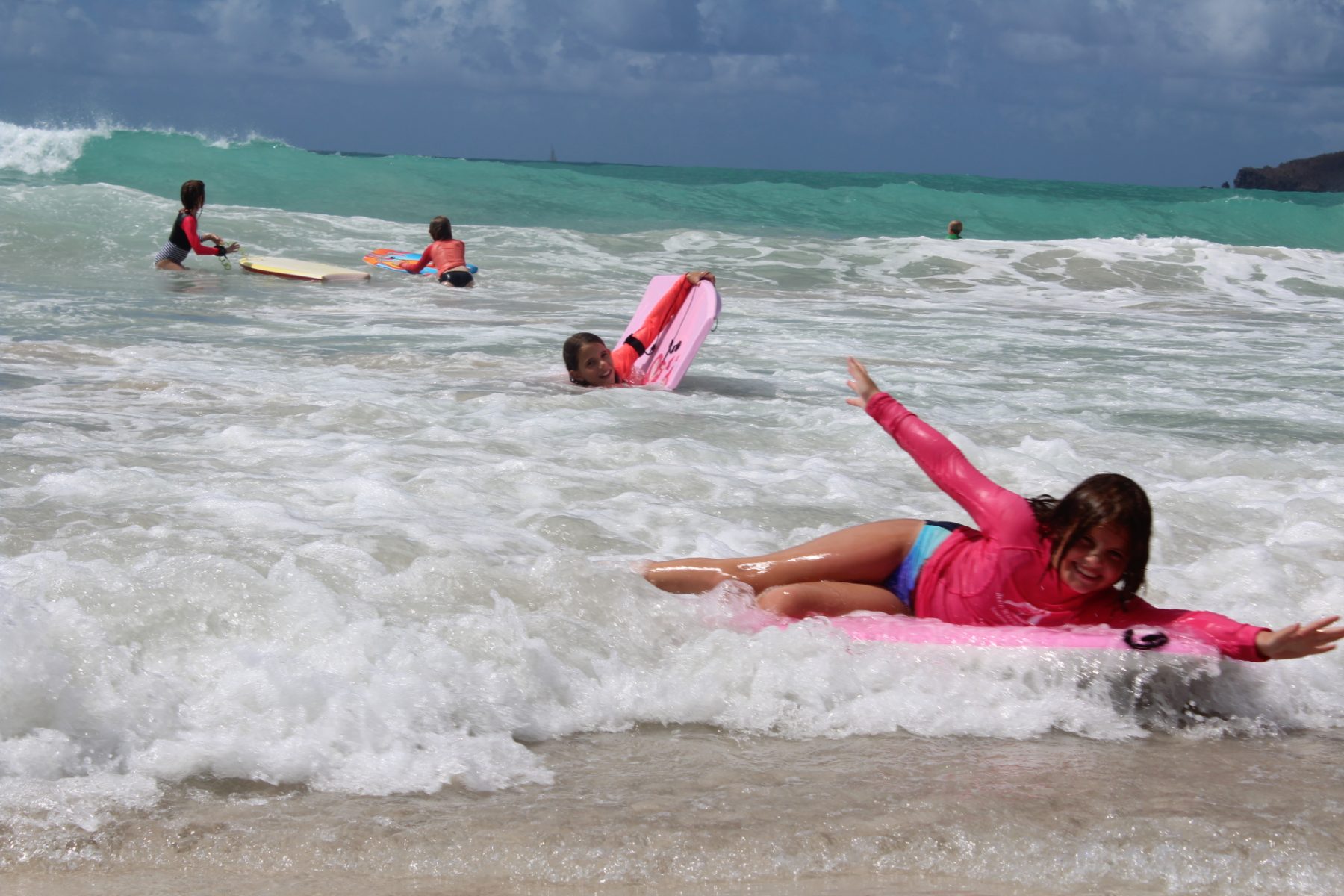 Part of the success, they said, was due to the support from the community.

“It was definitely a community event,” said Ms. Sorrentino, who wore a competition shirt with the sponsors listed on the back.

Captain’s Kitchen catered the event with a vegetarian buffet, and all the registration proceeds went into supporting PAW BVI, a non-profit organisation that spays and neuters cats and dogs.

The organisers hope to get schools involved in more water sports, and would eventually like to see surfing offered as an elective.

The next competition is tentatively scheduled for October, which marks the beginning of the surf season. 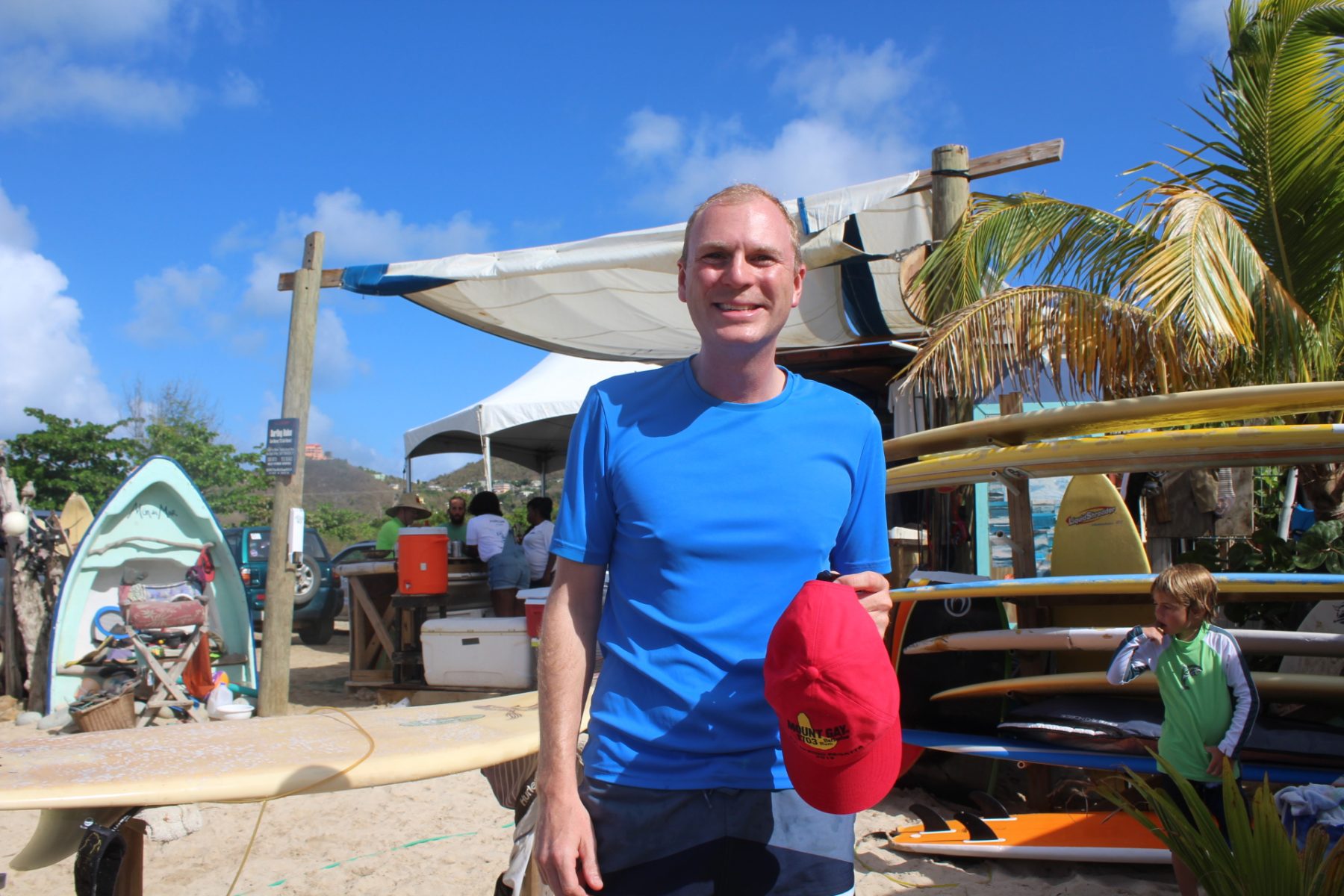