The Royal Virgin Islands Police Force added three female recruits to its ranks on Friday, and their names are Lady, Hope and Blessing. Three dogs donated by the BVI Humane …

END_OF_DOCUMENT_TOKEN_TO_BE_REPLACED 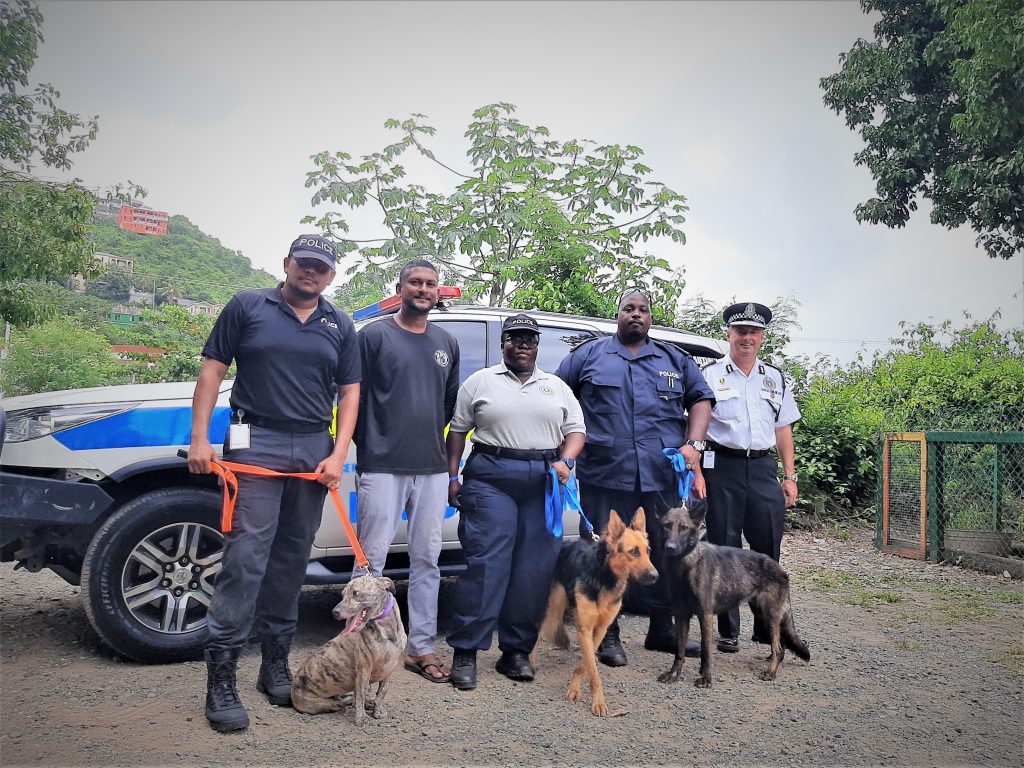 The Royal Virgin Islands Police Force added three female recruits to its ranks on Friday, and their names are Lady, Hope and Blessing.

Three dogs donated by the BVI Humane Society were collected by Police Commissioner Mark Collins and officers of the K-9 Unit, according to a Tuesday press release from the Police Information Office.

The dogs were specially chosen to assist officers as part of the force, police said.

They will begin training with Constable Zamfir Adams, an experienced dog handler.

Lady is a year and a half old and has been at the shelter for about five months, ac- cording to police. She was given away by a couple forced to leave the territory due to Covid-19.

“She is full of energy, smart and has a hunting drive,” the press release stated.

Hope, a two-year-old Belgian Shepherd mix, was found severely malnourished in the bushes of Hope Hill, police said, describing her as intelligent and loyal.

Blessing, a one-and-a-half-year-old German shepherd, was given to the shelter after her owner moved to a residence that doesn’t allow pets.
Police said she was at the shelter for about four months. They described her as a friendly dog “expected to make a great contribution to the RVIPF and rescue operations.”

There are already three other dogs in the K-9 Unit.