A Virgin Islands company signed a contract Friday to dismantle the old Pockwood Pond incinerator. C.W. General Maintenance, an East End company, inked the $92,000 deal with the Recovery and …

END_OF_DOCUMENT_TOKEN_TO_BE_REPLACED 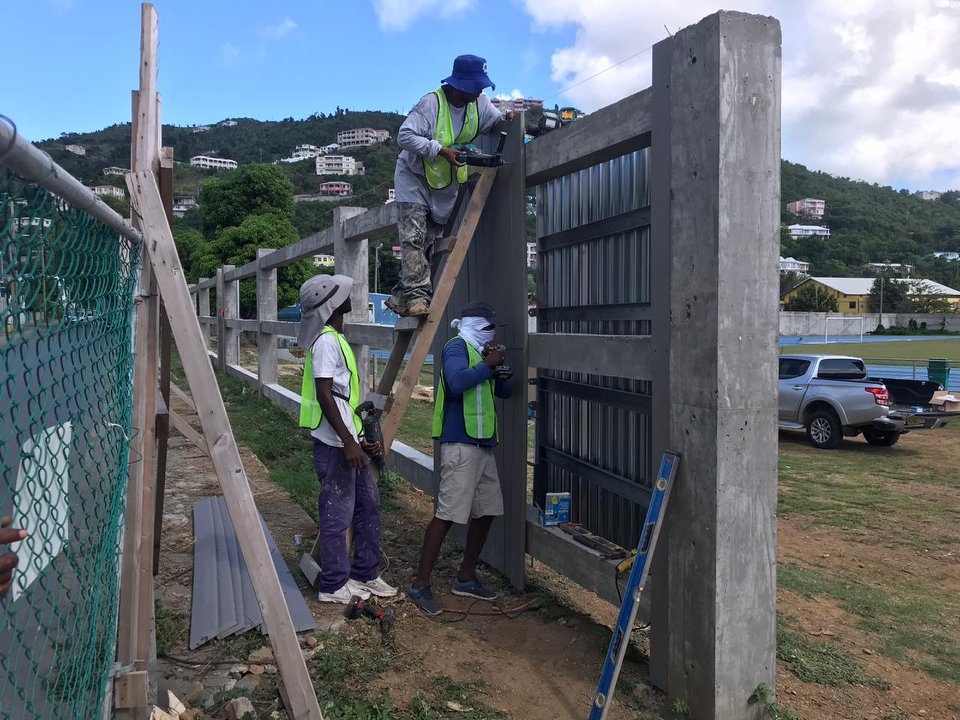 C.W. General Maintenance, an East End company, inked the $92,000 deal with the Recovery and Development Agency, according to a Friday press release from the RDA.

Colene Penn, RDA head of communications, said that the “deadline” for completion is Dec. 2. RDA officials began reviewing tender applications for the project at the beginning of the month, after five companies submitted bids, according to Ms. Penn.

Two of the companies vying for the contract were disqualified for not adhering to application guidelines, Ms. Penn said.

The RDA also announced Friday that it has allocated funds for the renovation of various parts of the Bregado Flax Educational Centre in Virgin Gorda, which was severely damaged by the 2017 hurricanes.

Signed Nov. 8, the contract with Quality Construction Limited puts $134,127 towards repairs to the permanent classroom and to the structure housing the library, and for improvements “toward the semi-permanent structure on the compound,” according to a post on the RDA’s Facebook page.

Last Thursday, the RDA also announced a contract to repair a VG home damaged by the hurricanes.

Karen Vanterpool of Attention to Detail Construction inked the deal on Nov. 8 for $130,677.71, making her the first female owner of a construction company to spearhead a project for the RDA. Ms. Vanterpool’s company “emerged successful from a pool of six local companies who submitted tenders for this project,” according to a post on the RDA’s Facebook page.

The project will entail the demolition of the derelict roof, windows and doors, which ATD will replace with new ones.

According to the RDA, ATD is slated to finish the project by January.

Additionally, workers last Thursday began installing panels on the exterior wall of the A.O. Shirley Recreation Grounds, according to a Nov. 14 post on the RDA’s Facebook page.

The RDA states that the panels “will improve the aesthetics of the field and provide a secure environment for sporting and recreational activities.”