Kellogg Company announced last Thursday that it is voluntarily recalling Honey Smacks cereal sold in grocery stores across several countries, including the Virgin Islands. The popular cereal has been linked …

END_OF_DOCUMENT_TOKEN_TO_BE_REPLACED 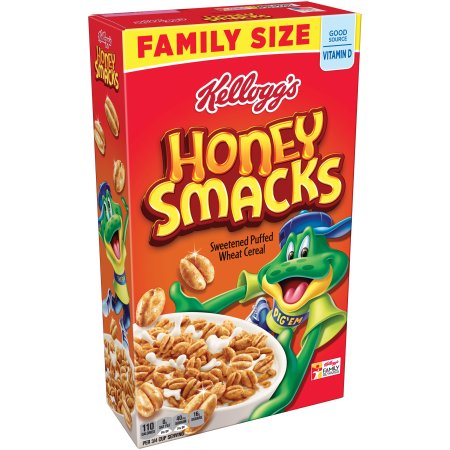 Honey Smacks cereal has been recalled amid an outbreak of Salmonella in the United States. (Photo: WALMART.COM)

Besides the US, the recalled cereal was distributed to Tortola, the Bahamas, Barbados, Costa Rica, Guatemala, Haiti, Mexico, Panama, Tahiti and the Netherlands Antilles, the FDA reported.

The agency warned consumers to discard any Honey Smacks cereal, regardless of “best if used by” dates or the size of the box.

If the cereal has already been purchased, shoppers should throw the product away or return it to the place of purchase for a refund.

The US Centers for Disease Control and Prevention reported that 73 people in 31 states have become ill, and 24 have been hospitalised. There have been no reported deaths.

Consumers who have symptoms of a Salmonella infection — such as diarrhea, vomiting, fever and abdominal camps — should contact their health care provider, the FDA advised.

Most infections last four to seven days and most people recover without treatment.