Though no cases of COVID-19 have been confirmed in the Virgin Islands, government officials here were working early this week to track down passengers who shared a plane from London …

END_OF_DOCUMENT_TOKEN_TO_BE_REPLACED 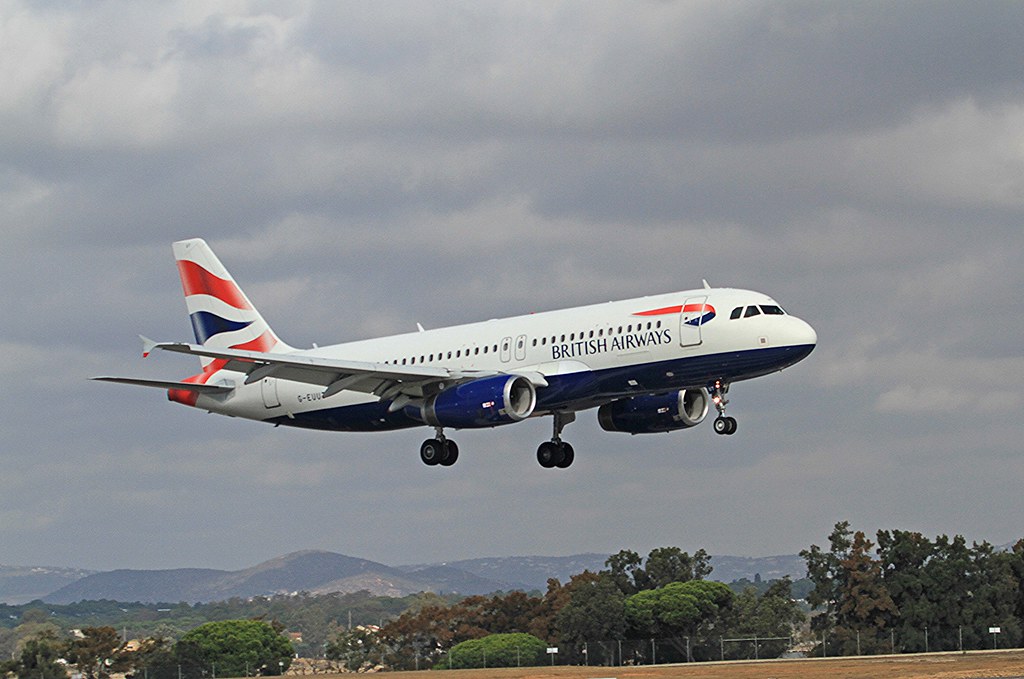 British Airways flight 2157 (not the plane pictured above) left London’s Gatwick Airport on March 10 and arrived in Antigua’s V.C. Bird International Airport later that day. A number of passengers from the flight continued onward to Terrance B. Lettsome International Airport. (Photo: CREATIVE COMMONS)

Though no cases of COVID-19 have been confirmed in the Virgin Islands, government officials here were working early this week to track down passengers who shared a plane from London with at least two people who later tested positive for the virus.

Premier Andrew Fahie said during a Tuesday evening press conference that government sent out a bulletin on Monday evening to fast-track efforts to locate one or two remaining passengers from the flight who had not already been contacted.

“[Tuesday], we got the update that they have basically all the persons, but when the update went out yesterday, they were in the process of just looking for one or two more,” Mr. Fahie said, though he did not say how many passengers had come here.

Antigua and Barbuda Prime Minister Gaston Browne announced Friday that the country had recorded its first case of COVID-19: a passenger on BA flight 2157 on March 10. He explained that officials confirmed the test in less than 48 hours. 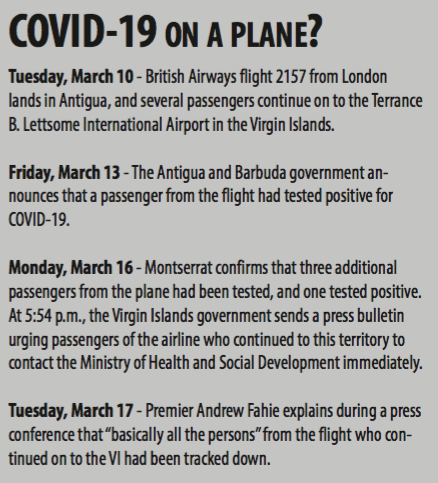 “She went directly to her mother’s home that night and on March 11th, she visited a private medical clinic where the doctors recognised symptoms of the coronavirus and immediately contacted government health officials, who took the required samples and sent them to [the Caribbean Public Health Agency] in Trinidad for testing,” Mr. Browne said in a statement.

He continued, “No doubt, you are wondering about the possibility that others might have been infected by the subject during the last two days. Health officials assured me that this possibility is unlikely, since the person has been isolated at home during the entire period, in the company only of a parent. … In any event, no stone will be left unturned in testing the parent and any other persons with whom the patient and the mother has been in contact.”

On Monday, the Montserrat Ministry of Health and Social Services confirmed that Montserrat officials had identified another infected individual. The release offered details of how the patient travelled from London to Antigua on flight BA 2157 before arriving in Montserrat, which is accessible by ferry from Antigua.

“The patient subsequently developed symptoms consistent with the disease,” according to the statement. “On learning on [Friday] from the Antiguan authorities that a passenger on that flight had fallen ill with the COVID-19, the MOHSS activated its outbreak investigation protocol to locate, assess and quarantine all passengers on the said flight.”

Montserrat officials sent samples from three of the people on board to CARPHA, and one came back positive. The confirmation spurred efforts to locate all people who were aboard the flight, including those who may have flown into the VI, as the VI government indicated in the Monday bulletin.

Montserrat Minister of Health and Social Services Charles Kirnon said in the statement that the individual was being treated and closely monitored in isolation, and was doing well at that point, though they would remain quarantined until further tests could be conducted.

“To date we have monitored patients and close contacts in the home of those presently quarantined,” Mr. Kirnon continued. “Contact tracing is ongoing to identify all possible exposed persons.”

Monday evening, the VI Ministry of Health and Social Development issued the press bulletin urging anyone who travelled on the flight from London to Antigua and continued to Tortola to immediately call the ministry during business hours.

The premier said during the Tuesday press conference that though the bulletin was only intended to speed up the process of locating the remaining passengers, it “created a little hysteria in the public eye.”

Passengers are not the only people at risk, Mr. Fahie said.

“There were cases where some of the crew, we’ve been told, have been confirmed with the virus,” he said, although he did not offer further details of how many crew members were affected nor who provided the information. “As a safety precautionary, they started to look for all the passengers that were on that plane. It’s not a matter of that they know that they have the virus. Thus far, there are passengers that have been found: … the symptoms have not been shown that they have the virus. But out of the abundance of caution, that it is being done.”

British Airways’ website indicated that BA 2157 was still in use as of Tuesday afternoon. An airline spokesperson said the company would not be issuing an official statement about the situation until a later date, but it is working with local authorities and encourages passengers to stay informed by visiting ba.com, the airline’s website.