The territory will have a new tourism plan by the end of 2021, Premier Andrew Fahie promised in a New Year’s Day message that also included several other updates about …

END_OF_DOCUMENT_TOKEN_TO_BE_REPLACED 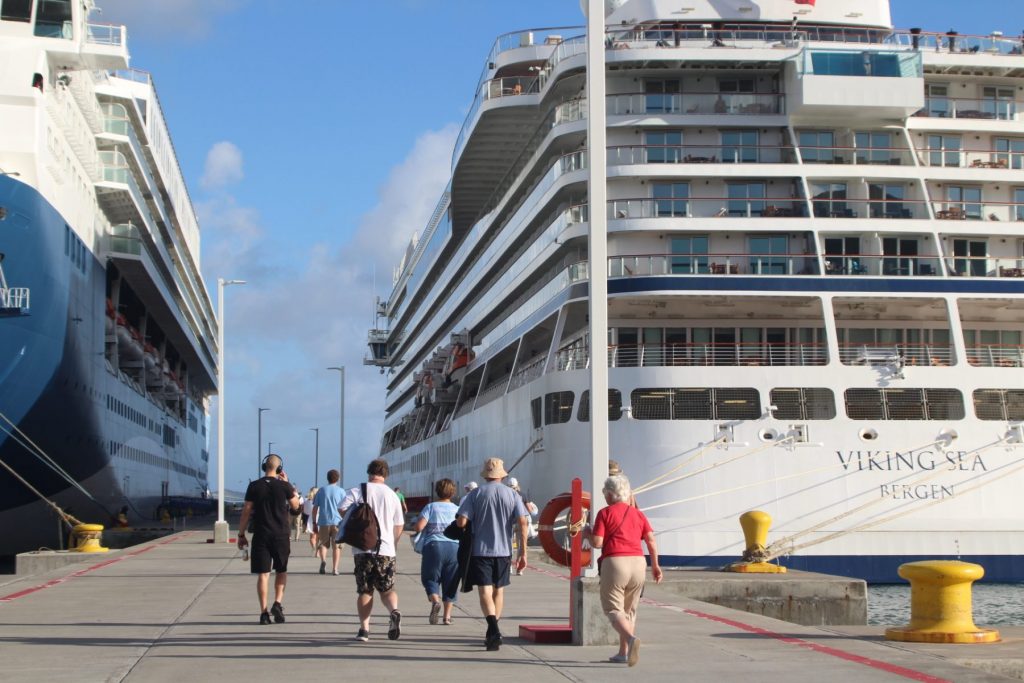 Tourists walk back to their cruise ships in December 2019, before Covid-19 reached these shores. On Friday, Premier Andrew Fahie promised a national tourism plan that can “stand the test of any pandemic or disaster.” (File Photo: ZARRIN TASNIM AHMED)

The territory will have a new tourism plan by the end of 2021, Premier Andrew Fahie promised in a New Year’s Day message that also included several other updates about his government’s agenda for the year.

Other topics mentioned in the speech include a new financial secretary, planned integrity and procurement laws, and upped prizes for performers during August Emancipation Festival.

Mr. Fahie also announced that a special committee will be formed, headed by Junior Minister for Tourism Sharie de Castro and a senior tourism advisor, to review the draft tourism plan once it is complete (see sidebar).

A national tourism plan has been discussed for years prior to the pandemic. The Recovery to Development Plan published after Hurricane Irma states, “The first step to revisioning and repositioning the tourism industry for the future is the development of a national tourism strategy in 2018.”

In November 2018, then-Tourism Director Sharon Flax-Brutus said during a media breakfast that the BVI Tourist Board was committed to developing a strategic plan for tourism in the VI by early 2019.

“Work has already begun on this project,” she said at the time, adding that the plan would include a renewed push toward urging residents to visit the sister islands.

However, no draft was made public, and Ms. Flax-Brutus resigned last May.

Mr. Fahie said last week that his government aims to have a plan ready by the end of this year.

“What we have learnt is that our national tourism plan must be able to stand the test of any pandemic or disaster, and it must have a contingency plan built into it where initiatives such as staycations will be more structured and be part of our national plan,” Mr. Fahie said. “This plan is also expected to address seasonal tourism.”

The commission will be established by the middle of this year, he said, and it is one of multiple measures being taken to support good governance.

He also promised legislation that he said will help achieve that goal.

“We will be bringing the contractor general legislation before the House of Assembly in the first quarter of the New Year,” he said. “This much-anticipated legislation is designed to strengthen and ensure trust in our public procurement processes through the highest standards of transparency.”

The Integrity in Public Life Bill 2020, he added, has already been drafted and introduced to Cabinet.

Mr. Fahie said Mr. Frett also advised the government to move toward becoming more efficient and to use best practices for cost-cutting and cost-saving measures. This plan includes “going green with no delay,” he added.

“In this vein, your government has secured the services of an energy consultant, Mr. Henry Creque, to advise the Premier’s Office on the way forward with clean energy to replace fossil fuel and further to ensure that by mid-2021 persons are using natural resources to sell to the grid at the BVI Electricity Corporation,” Mr. Fahie said.

Looking ahead to August, the premier stressed the importance of August Emancipation Festival this year.

“If we don’t bring back our culture, then we have nothing,” he said. “So it is not about Festival, but rather our culture. Our culture is what took us out of slavery through the drums and the dancing.”

The government plans to promote Festival heavily this year and has increased prizes for the annual singing competitions, he explained.

There will be four competitions — one for soca, one for calypso, and two for gospel singing for groups and individuals — and the first prize for each will be $20,000, according to the premier.

“So I want to encourage all of our creative composers, singers and musicians to get to work as we aim to put our best talent on display,” Mr. Fahie said. “We must, of course, bear in mind that our plans depend on the way we contain Covid-19 in 2021. But we must push ahead with confidence and we must do the planning to ensure success.”