“Good morning, everyone. On behalf of BVI Golden Roadshow Airlines, it is my pleasure to welcome you aboard Flight 284 with nonstop first-class service from San Juan, Puerto Rico to …

END_OF_DOCUMENT_TOKEN_TO_BE_REPLACED 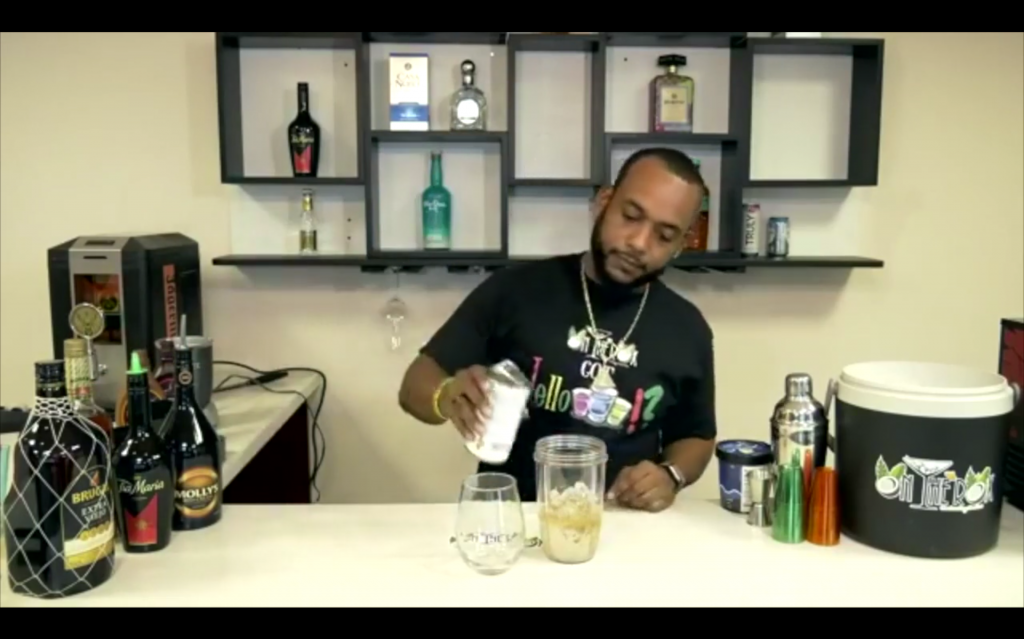 Robert Swain Jr. of the On the Rox demonstrates his secret recipe for a bushwhacker during the BVI Golden Roadshow last week. (Photo: BVI GOLDEN ROADSHOW)

“Good morning, everyone. On behalf of BVI Golden Roadshow Airlines, it is my pleasure to welcome you aboard Flight 284 with nonstop first-class service from San Juan, Puerto Rico to destination British Virgin Islands,” said BVI Tourist Board Business Development Manager Safrika O’Neal.

Over Zoom, she welcomed 494 travel advisors from the United States and Canada to enjoy the territory from wherever they are in the world during a three-day virtual roadshow, which wrapped up last Thursday. Tourism Director Clive McCoy said, “The response to the challenges currently being experienced with face-to-face promotions, our dedicated team is proud to offer this opportunity. This virtual event is an ideal way for us to network in the North American region and showcase our beautiful destination.”

The Golden Roadshow, which the board said surpassed their expectations for attendance, is the latest in a series of virtual events the BVITB has hosted since the pandemic began, striving to keep the destination in people’s minds even as tourist arrivals plummet.

“In March 2020, when the World Health Organisation declared a pandemic, we did not know it would eventually lead to the difficult decision of closing our borders for several months,” Mr. McCoy said. “My dedicated and very optimistic team was adamant that the show must go on.”

Though the industry is in the doldrums, he said, there still remains a market for a safe, virus-free travel experience, and he and his team made that their focus for the event.

“The BVI is the best place for splendid isolation, creating your own bubble for a safe, relaxing vacation,” he told attendees.

For three days last week, the virtual Golden Roadshow gave advisors the opportunity to engage hands-on with more than a dozen of the VI’s travel properties.

“We’ve completed our construction following Hurricane Irma last year and we are excited to show it off,” said Lindsay Balog, regional sales executive for Virgin Limited, which operates both of the Sir Richard Branson-owned properties.

Some of the other featured properties are still in the process of rebuilding, like Saba Rock Resort, slated to open early this year, and Bitter End Yacht Club,
scheduled to open in the fall, both of which operated virtual “hard-hat” tours of their upcoming features.

BEYC managing owner Lauren Hokin told attendees her family remains “steadfast in bringing back Bitter End to its former glory — and then some.”

Whereas advisors would normally walk from booth to booth, chatting with representatives, they could click on each property and engage with an online chat. Advisors also were invited to a selfie station.

Travel advisor Jeannine Bottorff, of Virginia-based The Travel Society, said she especially appreciated the selfie station and the many ways the roadshow helped her to engage her clients via social media. 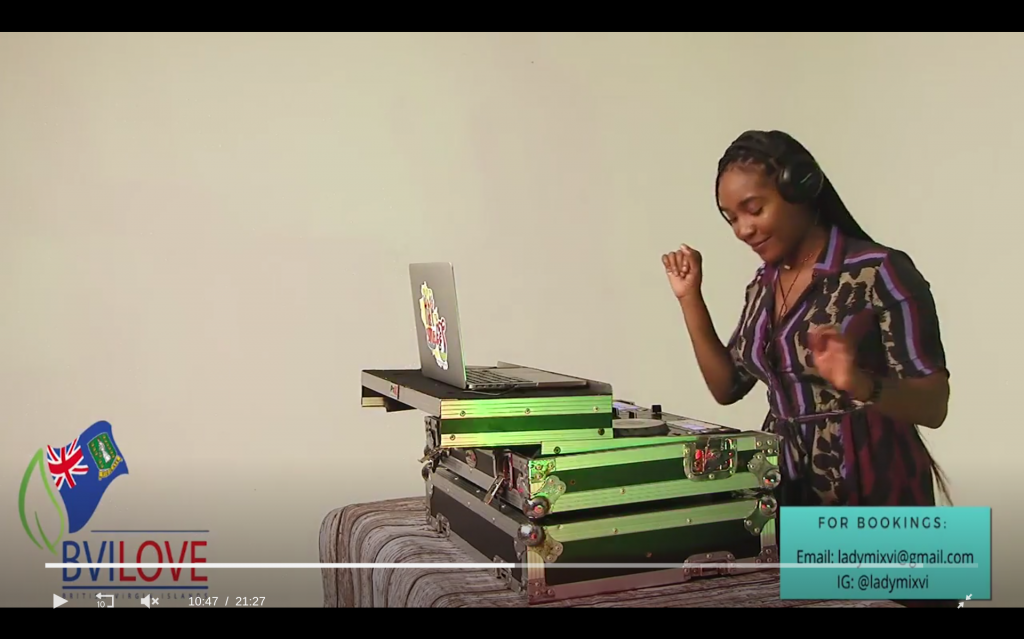 “While most people have heard of the BVI, it is not first on their list,” she said, adding that the territory “has been my favourite place I’ve ever been in the Caribbean and I would love to share it more often.”

Each day, she and her fellow travel advisors were treated to an interactive event in the “entertainment zone.”

Robert Swain Jr. of On the Rox revealed his secret of placing a scoop of ice cream in the bottom of the glass when making a bushwacker, and instructor Amanda Georges led a yoga session from within her Frangipani Dance Studio.

The Heritage Dancers and the Razor Bladez fungi band led a musical session from the Cyril B. Romney Tortola Pier Park.

On the last day of the roadshow, Ayana “DJ Lady Mix VI” Philips spun her homegrown beats to wrap up the three-day virtual journey.