A newly planted white cedar tree stands on the outskirts of the Althea Scatliffe Primary School grounds protected by a wooden barrier. It was one of 100 trees that Green …

END_OF_DOCUMENT_TOKEN_TO_BE_REPLACED 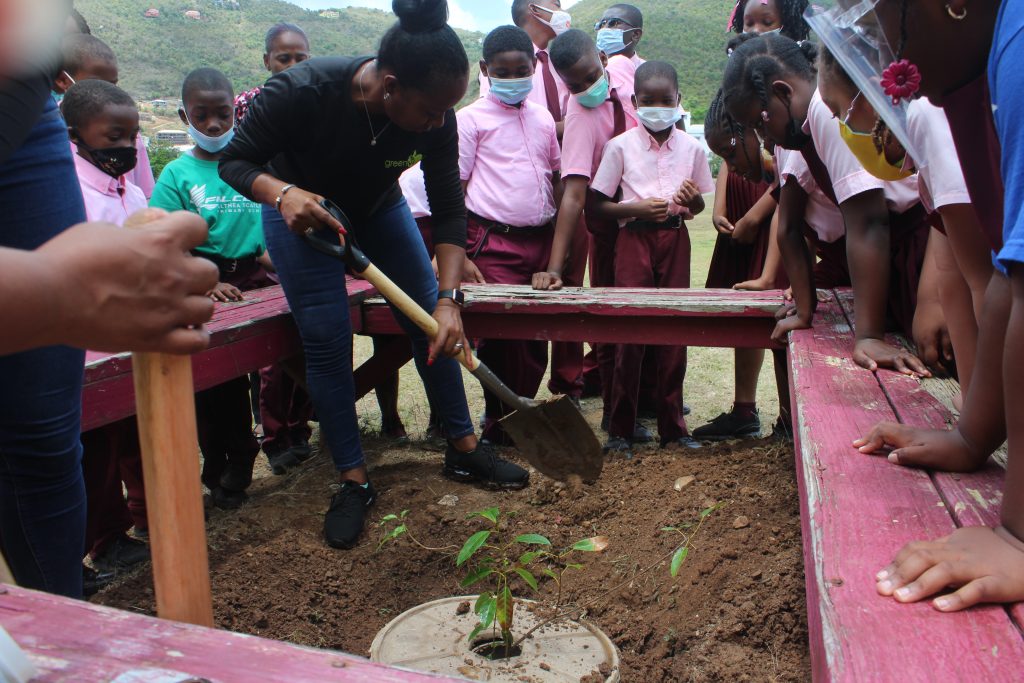 A newly planted white cedar tree stands on the outskirts of the Althea Scatliffe Primary School grounds protected by a wooden barrier.

It was one of 100 trees that Green VI and partners said they planted at schools and other sites across the Virgin Islands last Thursday and Friday.

“Today is what we call Earth Day BVI,” Green VI Communications Manager Jewel Hector said last Thursday at the primary school. “The theme for this year is ‘Restore Our Earth,’ so we decided to plant 100 native trees in the [VI]. We’re encouraging individuals to help. We’re partnering with local businesses to plant trees on public school campuses, and we’ll also be doing some other tree plantings around the territory.”

At the school, the trees were planted in self-irrigating cocoons that will water them for up to two months.

“It’s basically a round bucket with a hole in the middle that looks like a doughnut,” Ms. Hector said. “The water takes about two months to run out, and after that you just water your tree and the cocoon itself biodegrades and becomes nutrients in the soil.”

Ms. Hector said this isn’t the first year Green VI has planted trees, but it’s the first time doing it on such a large scale.

“We are now a team of around 26 people, and before that we were a team of 10,” she said. “So we brought on quite a few team members to build what we call an outreach team. They’re out in the community educating and doing pop-ups.”

The team also developed 41 lesson plans for teachers in the territory, she added. 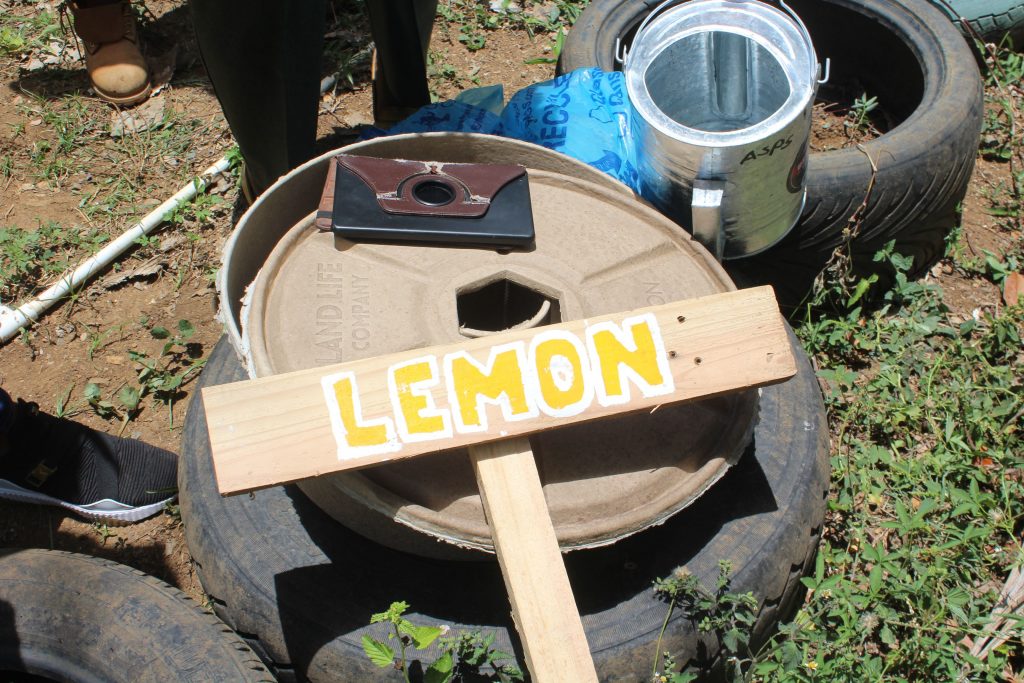 The entire month of April is celebrated as Earth Month, according to Ms. Hector.

“We work to harmonise the relationship between people and the planet, and we’ll be hosting compost workshops,” she said. “We’ll also have more tree plantings happening in the coming months, and that’s going to be something that we try to do monthly.”

As the month winds down, Ms. Hector encourages everyone to take part in planting trees, which she says isn’t difficult to do.

“Trees are so important to our livelihoods because they provide oxygen, they provide shade, they sequester carbon out of the atmosphere, they provide fruits and beauty, and they’re things of history,” she said. “You see a tree growing that’s 100 years old and it becomes a pillar of the community. It’s so easy to get started. You can purchase a sapling from the J.R. O’Neal Botanic Garden, and they start at maybe $10 or $12.”