Trevelyan runs away with feature race

END_OF_DOCUMENT_TOKEN_TO_BE_REPLACED 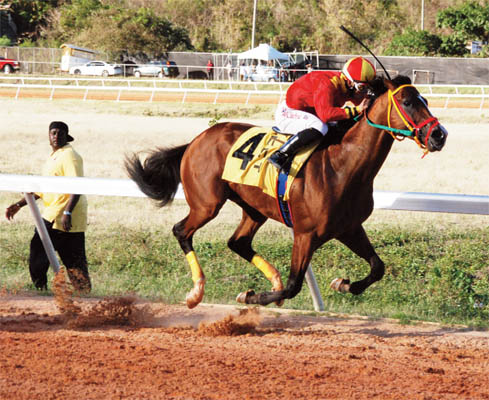 Despite a few horses being scratched, BVIHOA President Derrick “Aruba” Marshall said the event was “great.”

“It was just a great day,” Mr. Marshall said. “The races were well attended.”

Some of the horses that were scratched had injuries, while others were resting for the May 6 Governor’s Cup event in St. Thomas. Mr. Marshall expects horses from the Tortola to compete in the St. Thomas race.

On Sunday, the feature race was won by Trevelyan in the one-mile event. Diablo’s Fire took second, while Lake Texoma came in third followed by Heismypocket.

The president also described the fourth race as “exciting.”