Trial ends between Skelton-Cline and government 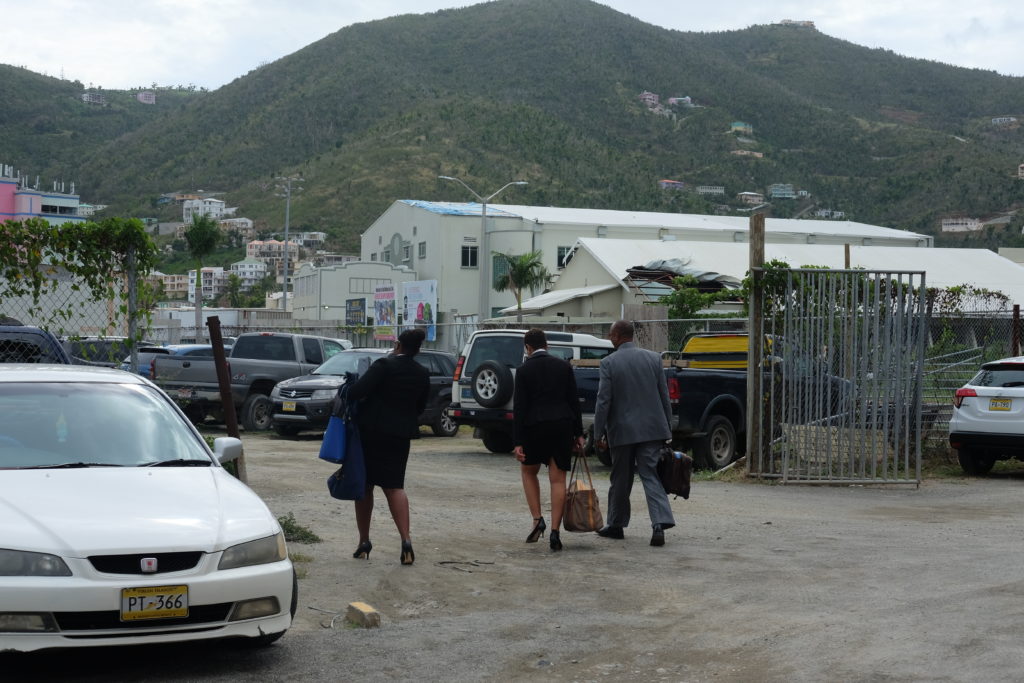 After years of litigation, arguments in the trial between former ports head Claude Skelton-Cline and government concluded on Monday, and a judgment is now pending from High Court Justice Vicki Ann Ellis.

The Attorney General’s Chambers has long argued that the former managing director of the BVI Ports Authority, who sued in 2016 because the Cabinet had not agreed to renew his contract, does not have a valid legal claim against government.

And during this week’s trial, Crown Counsel Maya Barry continued that line of reasoning.

“It is not every wrong that leads to a cause of action before the courts,”she said. “Judicial review should not be stretched to its bones.”

Ms. Ellis told Ms. Barry that it’s “very rare” for the court to hear that kind of argument.

“How is that action to be couched then? You would have to concede that [Mr. Skelton-Cline] is unable to sue in private law, but you say he is also unable to sue in public law,”she said.“It essentially equates to the high school playground [saying]: ‘Too bad, so sad.’”

Neither Ms. Barry nor Mr. Skelton-Cline’s lawyer, Tana’ania Small-Davis, could find any previous court cases that were directly analogous to the ongoing lawsuit.

Ms. Small-Davis referenced several past judgments in her submissions, but admitted that none were “exactly on point.”

“So we’re making law here — all right,” Ms. Ellis said at the end of Monday’s trial. “It’s very rare that at this point in a trial I don’t form one particular view or some preliminary view, but I honestly can’t say where we’re going to end up in this one.”

Mr. Skelton-Cline, a church pastor, was first brought to the BVIPA as a consultant in 2011 before serving a three-year term as managing director.

For the last year of that term, however, Cabinet delayed making a decision about whether or not to renew his contract, his lawyer stated on Monday.

In January 2015, the BVIPA board recommended Mr. Skelton-Cline for reappointment as managing director, according to his attorney, and that decision was relayed to Communications and Works Minister Mark Vanterpool a short time later.

But when Mr. Skelton-Cline’s contract expired almost a year later in December 2015, Cabinet still had not made a decision, the court heard.

Over the course of that year, the Tortola Pier Park project had begun to take off — an apparent success that National Democratic Party members allegedly described as a deciding factor in that year’s elections.

In April 2015, the expanded cruise pier had officially opened with a $110,000-plus ceremony and fireworks over Road Harbour. Days later, Premier Dr. Orlando Smith called for government to be dissolved, and elections were scheduled for June 8.

“What had been communicated to [Mr. Skelton-Cline] was approval and words of compliment to the job he had done; that, in fact, the common thought was that it is the cruise pier park that won the election,” Ms. Small-Davis said.

But in the second half of 2015, the Pier Park became a more controversial project. Norwegian Cruise Line had originally com- mitted to delivering at least 300,000 passengers annually and to paying a $15 tax on each one, but was only paying $7 a head due to construction delays with the development.

On Dec. 16, 2015, Mr. Skelton-Cline received a letter from the BVIPA board explaining that the body had recommended his reappointment but Cabinet had not returned a decision, the court heard on Monday.

“Therefore, the board considers that your relationship with the BVIPA as managing director has ended, pending a decision by Cabinet,” the letter reportedly stated.

“They felt constrained,” she said.

The Pier Park project continued to draw criticism in the following months. On Jan. 21, 2016, Dr. Smith announced that he was commissioning an audit of the development, and several days later Mr. Vanterpool reported that the project cost some $30 million more than originally announced.

On Feb. 23, still without any word from Cabinet on his renewal, Mr. Skelton-Cline filed his lawsuit against the government.

In April of that year, Cabinet finally rejected Mr. Skelton-Cline’s reappointment, according to his lawyer.

Though Ms. Small-Davis acknowledged on Monday that she could not find any cases exactly similar to this one, she argued that related principles can be found in several other judgments.

Ultimately, she said, Cabinet’s delayed decision not to renew her client’s contract was “irrational.”

“There was no reason to believe there was any issue with his performance,” she added.

“He was not known to be competing against anyone else; he had gotten recommendation of the BVIPA and had been a favourite incumbent.”

During past trial dates, Ms. Small-Davis has insinuated that the decision may have been politically motivated.

“[Cabinet’s decision] ought to be fair, candid and unprejudiced; not arbitrary, capricious or biased — much less warped by resentment or personal dislike. And we say that there is evidence of that in this case — of arbitrariness and capriciousness, and perhaps some other elements in terms of the politics that are involved,” she said.

She also maintained this week that there is no contractual dispute between the BVIPA and her client.

“His actual employer, the BVIPA, was rendered powerless as the decision was entirely in Cabinet’s hands,”Ms.Small-Davis said. “What is reviewable is the Cabinet’s exercise of its power.”

Ms. Ellis did not give a date for when she will issue a judgment in the case, but promised to be prompt.

“I think that brings us to a close of this case,” she said on Monday. “It has been a very long time coming. I will try and make every effort to render it as quickly as possible.”