Heavy rain that fell overnight will likely continue Monday due to a tropical wave coupled with a “deep layer trough” in the area, according to the Department of Disaster Management. …

END_OF_DOCUMENT_TOKEN_TO_BE_REPLACED 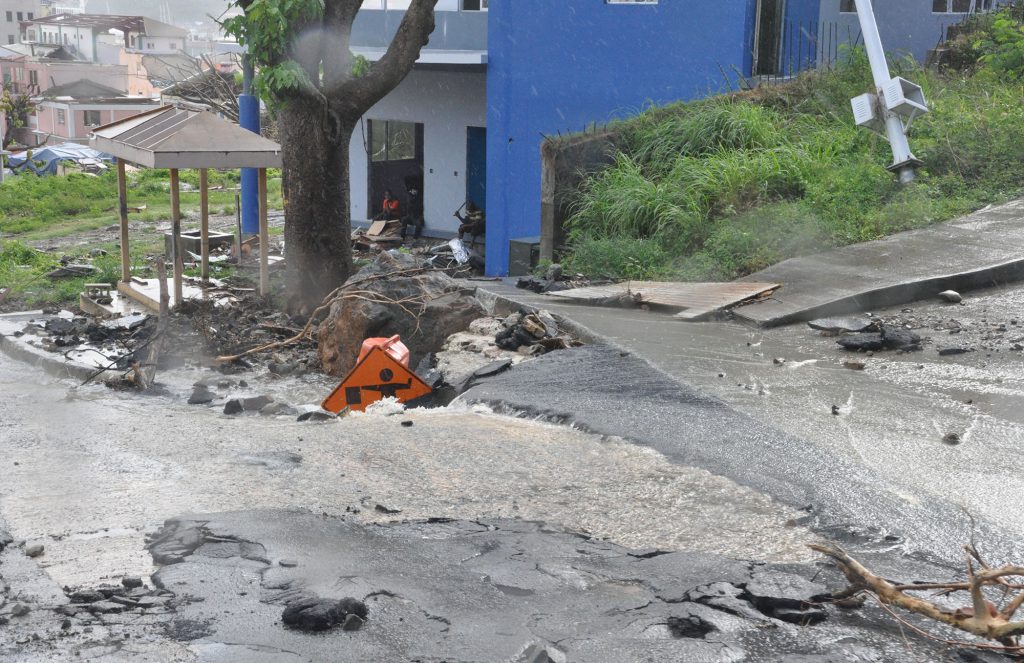 Heavy rains fell during the night, and they are expected to continue Monday. Above, a river of water washed down Joes Hill Monday morning. Photo: FREEMAN ROGERS

Heavy rain that fell overnight will likely continue Monday due to a tropical wave coupled with a “deep layer trough” in the area, according to the Department of Disaster Management.

The possible rainfall total for the forecast period is 0.2 to 0.78 inches, and the weather into tonight is predicted to be partly cloudy with a 70 percent chance of showers and a 40 percent change of thunderstorms, DDM said in a Monday morning statement.

The winds are southeasterly at four to 12 knots, and the seas are moderate, with heights not exceeding 1.2 meters.

Meanwhile, two tropical waves have formed over the Atlantic Ocean, but neither is expected to be a major threat to the Virgin Islands.

The first, which is expected to pass north of the VI and other Leeward Islands later in the week, is located 720 miles east of Martinique, and it is moving west-northwest at 13 miles per hour.

The second wave is located over 500 miles to the south-southwest of the Cape Verde Islands, and it is moving to the west at 22 mph, according to DDM.

There is a 10 percent chance of development over the next seven days. The disturbance is expected to move across the Lesser Antilles Saturday, increasing shower and thunderstorm activity.