Police seized 12 scooters and arrested two men on Saturday, they announced Monday. Nine people were charged for various offences, including loud mufflers and driving while unlicensed and uninsured, according …

END_OF_DOCUMENT_TOKEN_TO_BE_REPLACED 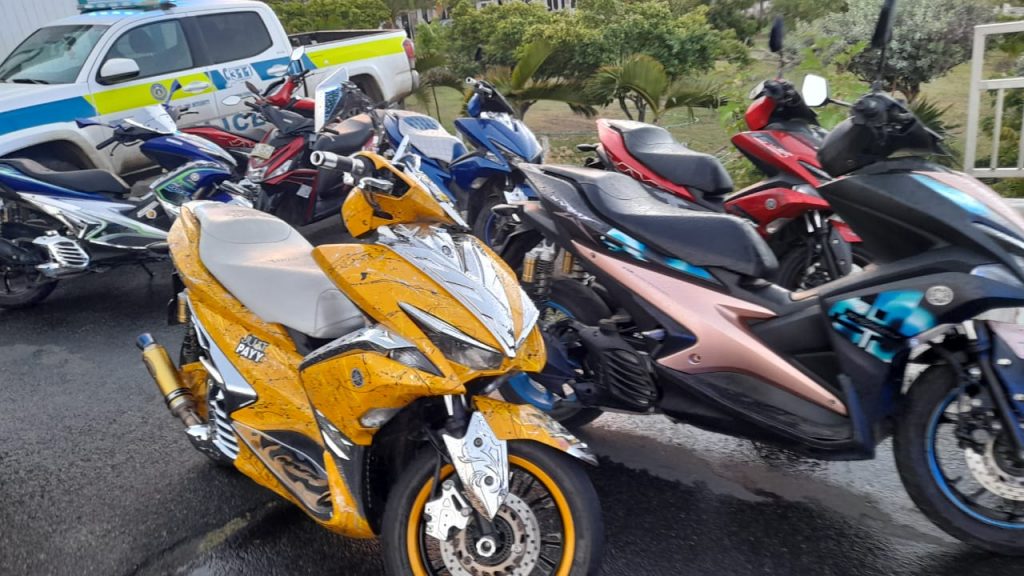 Scooters were confiscated during a police operation on Saturday in Beef Island. (Photo: PROVIDED)

Nine people were charged for various offences, including loud mufflers and driving while unlicensed and uninsured, according to a Monday press release from the Information Office.

The two men arrested were charged with driving without a driver’s licence and driving when not covered by insurance, police stated. People driving motor scooters and other vehicles also were reported for 22 other offences, including driving with an expired license and driving an unlicensed vehicle, the release noted.

Additionally, 12 people were ticketed for 12 other offences: nine for riding without a helmet and three for missing identification plates, according to police.

The operation, which was part of an ongoing crackdown on road traffic violators, involved the Road Policing Unit, the Armed Response Unit, the East End Police Station and the Marine Unit, police said.

He also said he had received several calls and emails expressing gratitude for the operation.