Police are asking the public to help locate Khori Prince, 22, of West End, and Kelvin Turnbull Jr., 20, of Little Dix Hill, who were reported missing on Jan. 4 …

END_OF_DOCUMENT_TOKEN_TO_BE_REPLACED 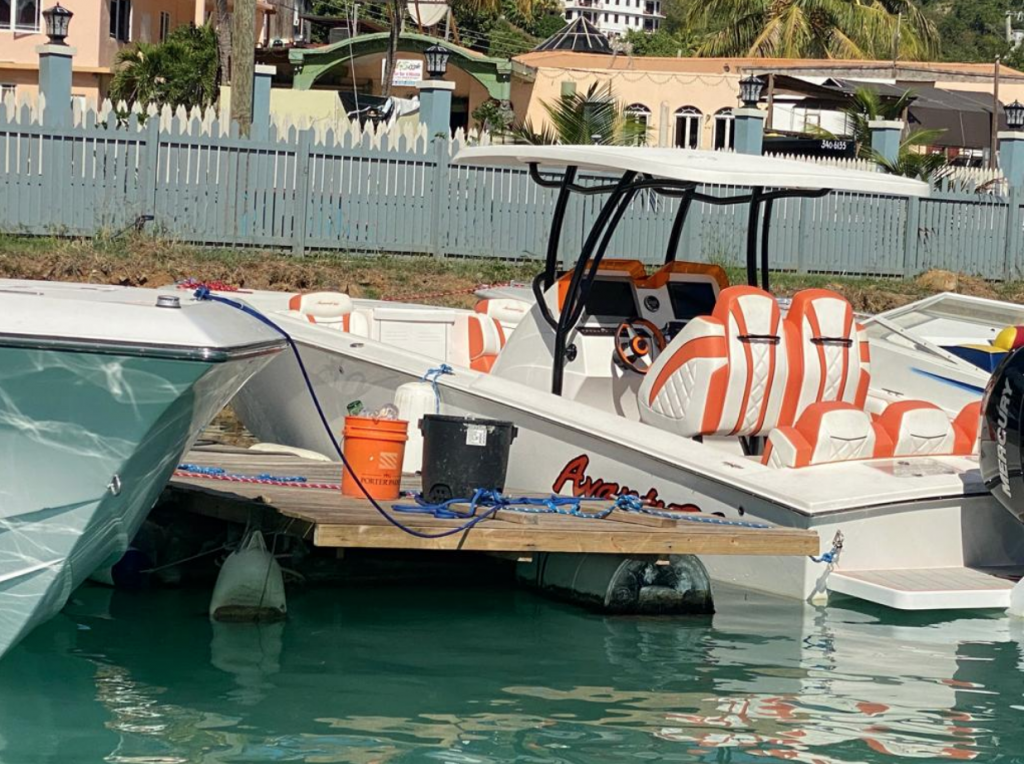 The mothers of Khori Prince and Kelvin Turnbull Jr. have not given up on looking for their sons, who are believed to have boarded the Avanti Gorda Sound, pictured above, before going missing last year. (Photo: RVIPF)

Police are asking the public to help locate Khori Prince, 22, of West End, and Kelvin Turnbull Jr., 20, of Little Dix Hill, who were reported missing on Jan. 4 after they were believed to have boarded a private vessel on Dec. 31, Police Information Officer Diane Drayton announced on Friday.

“Police have carried out investigations locally and have contacted neighbouring jurisdictions with photos of both men along with a description of the boat they may have been travelling in,” Ms. Drayton stated.

In a Monday WhatsApp message, Ms. Drayton said the pair are believed to have left Tortola on the 36-foot Avanti Gorda Sound.

According to a photo of the boat provided by Ms. Drayton, it has at least five white seats with orange trim and a white canopy.

Ms. Drayton added on Monday that the police marine unit had searched territorial waters and on land for Messrs. Prince and Turnbull, but neither the two men nor the vessel has been spotted.

Mr. Prince was last seen wearing a West Marine shirt and black jeans, Ms. Drayton stated, adding that Mr. Turnbull was last seen in the Baughers Bay area and that a description of his clothes was not available.

Anyone with pertinent information should call 311 or contact the nearest police station or any police officer, Ms. Drayton stated.

According to a Dec. 3 judgment by High Court Judge Richard Floyd, Mr. Prince was sentenced to more than three years in prison for charges of burglary, escaping lawful custody and damaging property, but Ms. Drayton said he “had been discharged” from Her Majesty’s Prison before his disappearance.

She said she did not know why he apparently was released before serving the time and directed this reporter to the High Court, but court officials could not be reached for comment by press time.

Allina Sprauve, Mr. Prince’s mother, declined to comment, and Prison Superintendent Guy Hill could not be reached for comment.