The day before seaports were scheduled to reopen to tourists, government on Monday bumped the date to Jan. 21 and announced that a visitor who arrived last week had tested …

END_OF_DOCUMENT_TOKEN_TO_BE_REPLACED 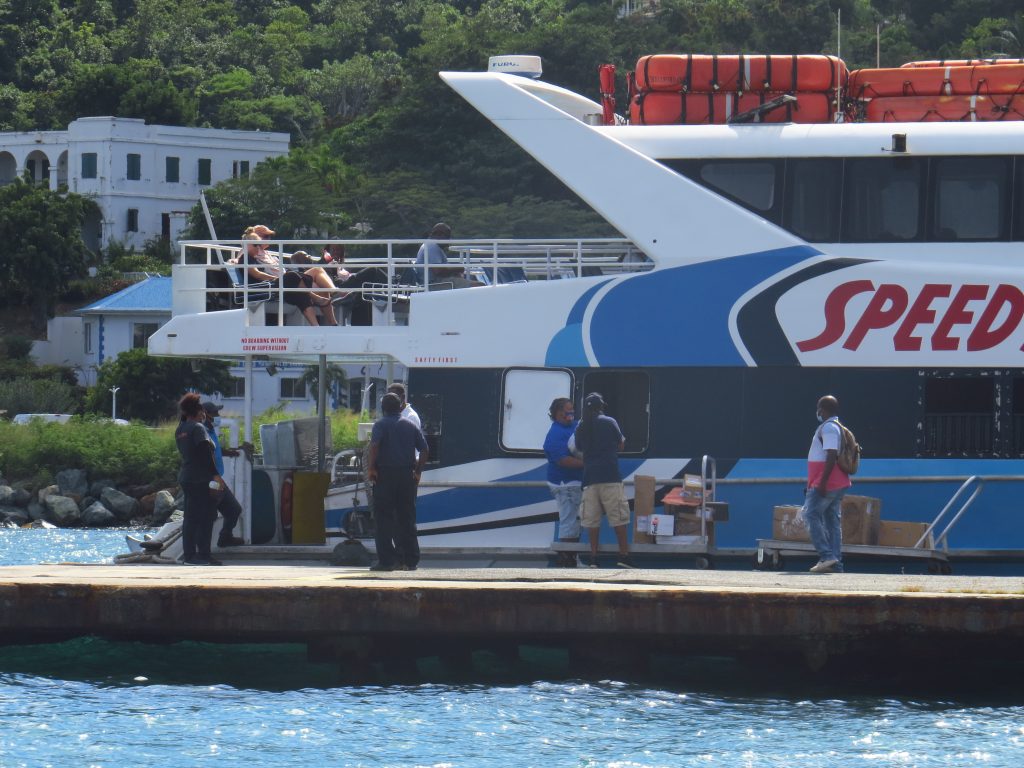 “Given the lessons we learned from the first week of reopening our borders through the Terrance B. Lettsome International Airport, we recognise that there is even more work needed to be done at the seaports,” Premier Andrew Fahie said during a Monday evening update broadcast on Facebook. “Things have been running fairly smoothly at the airport. There have been a few hiccups we are still ironing out but nothing that hinders people from travelling through the airport successfully.”

The decision to push the seaport reopening — which Opposition Leader Marlon Penn said was announced without sufficient notice — came six days after the territory reopened the airport to international guests.

Health and Social Development Minister Carvin Malone also spoke on Monday evening and said that of a total 8,601 people tested in the territory since the start of the pandemic, 74 Covid-19 cases have been confirmed. On Wednesday, he added another imported case to that number.

Both cases were among the approximately 500 guests and residents who arrived between Dec. 1 and Monday, and both tested positive while under quarantine on a yacht, he added.

Speaking Monday about the first case, he said, “This individual and the only other person — that of a female aboard a vessel — have since returned safely to the port of embarkation and are now in quarantine. Both persons are being interviewed for further contact tracing, if required.”

Mr. Malone said at the time there was only one active case in the VI, and that another case had recently recovered.

On Monday, the minister added that government is aware of 126 people who planned to travel out of the territory via ferry, and that officials are looking into short-term options to assist them in light of government’s quick decision to keep the seaports closed for now.

The opposition leader, however, said the reversal suggests that the government lacks a “clear, comprehensive plan for the reopening of the territory.”

“Earlier in May, advice was presented by the [opposition] members to open the territory in the slower months — i.e. August and September — to allow the requisite time to stress test all protocols and systems,” Mr. Penn wrote in a statement issued yesterday. “This would allow the necessary adjustments to be made in a less demanding period versus opening in the heart of our tourist season where mistakes are most costly and more difficult to recoup.”

He added that the government’s “constant knee-jerk reactions” have damaged the VI’s “global image” and eroded “investor/business confidence locally and internationally.”

The decision to postpone the opening of the seaports resulted in “further financial strain on already cash-strapped businesses, … as well as travellers who already prepared for the Dec. 8 opening only to learn less than 12 hours prior that plans have changed at the very last minute,” Mr. Penn claimed.

Also on Monday, Mr. Malone explained some challenges with testing, which was carried out in Sea Cows Bay until the new welcome centre at Beef Island was completed last week..

At the opening ceremony, which was broadcast on Facebook, BVI Airports Authority Chairman Bevis Sylvester said the facility was “designed with the input of the health authority, who ensured the swabbing centre was the best one available.”

On Monday, the premier said government has been monitoring the reopening process “day by day.” He added that around 500 people had come into the territory within the previous seven days. These numbers are greater than government expected, he said, adding that handling the influx of passengers requires more manpower. Because of this, some services like processing health certificates “lagged a little bit.” He welcomed guests but reminded them that the territory has “certain protocols that must be adhered to.”

Mr. Malone also noted reports of quarantine violations, adding that not all the tracking devices given to entrants have been functioning properly.

“Most of them are working but there are some that have not been as efficient as we would have liked,” he said. “We have more measures to track and trace people who are violating the quarantine. An additional level of security will be available either tomorrow or Wednesday.”

“We have some areas that we’re sorting out as we speak,” he said, adding that plans include increasing staff, training public officers, and updating systems in a process that will require “all hands on deck.”

Mr. Malone also said theterritory has secured twosources for the Covid-19 vaccine: the United Kingdomgovernment and the international COVAX Facility.
Co-led by the WorldHealth Organization, theCoalition for Epidemic

The COVAX Facility is a key part of the effort, and it is working with more than 150 countries, according to WHO.

During a press conference last week, Governor Gus Jaspert commented on the procurementof vaccines from the UK.

He added that vaccinations will be administered on a “completely voluntary basis overseenby the [VI] government.”

This week the UK began administering vaccines to its ownat-risk residents, including the elderly and health care workers, but officials have not yet said when the vaccine will be launched here.