Two Virgin Gorda fishermen who floated atop a capsized boat for 15 hours were rescued Monday morning, according to the United States Coast Guard. The fishermen had been sitting on …

END_OF_DOCUMENT_TOKEN_TO_BE_REPLACED 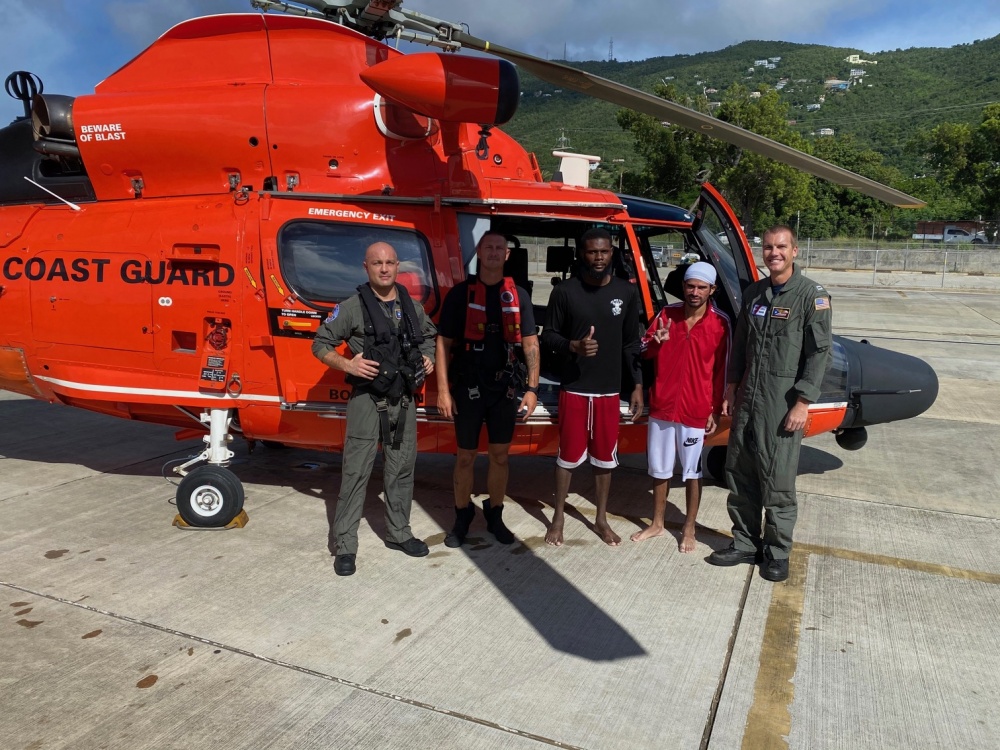 Two fishermen were rescued with the help of the United States Coast Guard, Virgin Islands Search and Rescue, and a private helicopter Monday morning. (Photo: PROVIDED)

Two Virgin Gorda fishermen who floated atop a capsized boat for 15 hours were rescued Monday morning, according to the United States Coast Guard.

The fishermen had been sitting on top of their overturned 33-foot boat since 5 p.m. on Sunday, and the USCG received notification from a 911 emergency operator on St. Thomas at 2:22 a.m., the agency stated. After communication was established with the men, a USCG helicopter, plane and boat were dispatched to the scene. Virgin Islands Search and Rescue also responded with the assistance of a private helicopter.

VISAR executive director Phil Aspinall told the Beacon on Tuesday that the men were south of Peter Island and a “good way to St. Croix” when rescuers found them in the morning.

Mr. Aspinall also mentioned that the owner of the private helicopter donated the time and resources to help locate the distressed boaters. After the men were found, the USCG crew hoisted them aboard its helicopter and transported them to the Cyril E. King Airport in St. Thomas, where Customs and Border Protection officers received them, the USCG stated.