Officials from the United Kingdom have said that the UK is procuring medical equipment and support for each of its overseas territories, including the Virgin Islands, during the coronavirus pandemic. …

END_OF_DOCUMENT_TOKEN_TO_BE_REPLACED 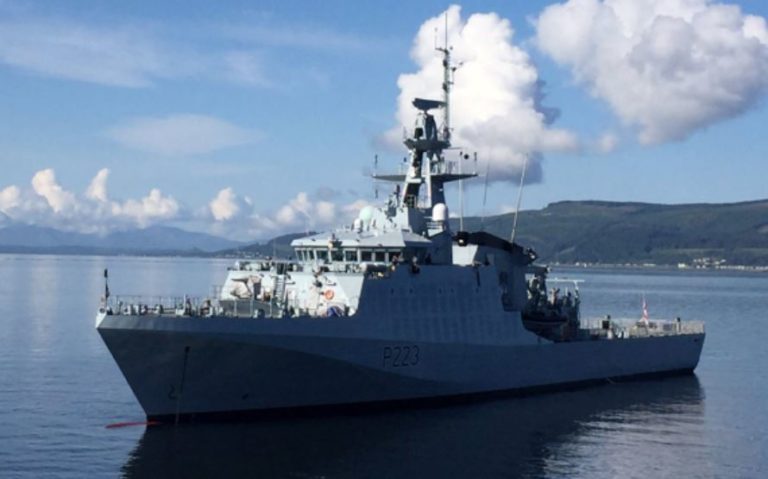 Days after Premier Andrew Fahie urged the United Kingdom to send a ship in case quarantining capacity is needed here in the future, the Royal Navy ship Medway visited the territory’s waters. However, crewmembers didn’t disembark, and the Deputy Governor’s Office said the purpose of the visit was to “scope approaches to the islands as part of preparations for the hurricane season.” (Photo: PROVIDED)

Officials from the United Kingdom have said that the UK is procuring medical equipment and support for each of its overseas territories, including the Virgin Islands, during the coronavirus pandemic.

Minister for OTs Baroness Elizabeth Sugg reassured OT leaders of the UK’s “unwavering support” during a teleconference on March 17, and published a press release the same day.

The release stated that Governor Gus Jaspert and Public Health England continue to be in close touch with the territory’s chief medical officer and the BVI Health Services Authority in responding to and preparing for coronavirus, which was confirmed here yesterday.

It also stated that the governor, Premier Andrew Fahie, and Cabinet continued to meet daily to “detect, contain, mitigate and manage coronavirus COVID-19.”

“I continue to encourage everyone to follow our government’s guidance on practising good hygiene, social distancing, and self-quarantining when required,” Mr. Jaspert said in the statement.

On March 13, the premier had published a statement which included a request for support from the UK during the crisis. Mr. Fahie asked that a ship be sent to the territory “for the purpose of quarantining persons in the event that we need to do so” as well as requesting help setting up temporary quarantine facilities on land if needed.

On Friday, government announced that the Royal Navy ship HMS Medway, the current Caribbean guard ship, would visit the territory.

Because of the coronavirus scare, the statement said, the Medway would not dock, nor would its crew members depart the vessel.

“Whilst here, HMS Medway will take the opportunity to scope approaches to the islands as part of preparations for the hurricane season,” the statement read.

As a part of its “Atlantic Patrol Tasking” duties, it was also tasked with helping disrupt the flow of smuggled narcotics and supporting humanitarian efforts, according to the statement.

The ship remained off the shores of the territory over the weekend, but it’s no longer in VI waters, according to the ship’s Twitter account.

Medway is scheduled to visit the territory again later this year, so that its captain and crew members can meet with the governor, premier, ministers and other officials. It will also conduct exercises and trainings with “key agencies,” the statement added.