In what could be a devastating blow to the Virgin Islands’ economy, the United Kingdom will force its 14 overseas territories to implement public registers detailing the ownership information of …

END_OF_DOCUMENT_TOKEN_TO_BE_REPLACED 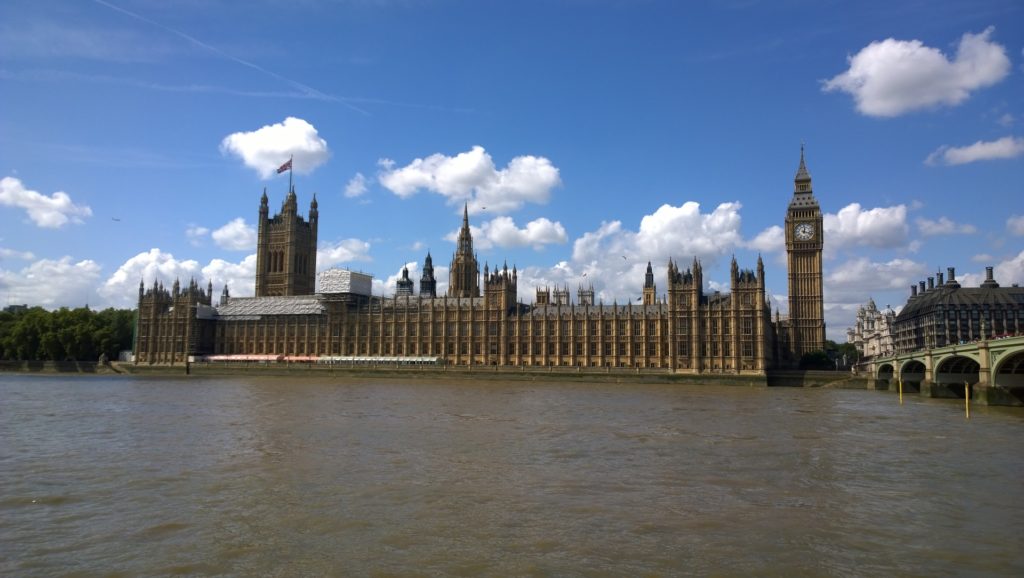 The House of Commons in the United Kingdom Parliament (above) on Tuesday passed a bill that will require British overseas territories to implement public registers of beneficial ownership by the end of 2020. (Photo: PIXABAY)

In what could be a devastating blow to the Virgin Islands’ economy, the United Kingdom will force its 14 overseas territories to implement public registers detailing the ownership information of all the companies registered on their shores.

UK Foreign Office Minister Alan Duncan said on Tuesday that the Conservative government would not oppose a legislative amendment requiring such registers after it became clear that he and his colleagues did not have the votes to shoot it down.

Only five days earlier, Labour Member of Parliament Margaret Hodge and Conservative MP Andrew Mitchell introduced the amendment to the UK’s Sanctions and Anti-Money Laundering Bill, which passed through the House of Lords earlier this year and passed in the House of Commons with the amendment on Tuesday.

About 20 Conservative MPs supported the amendment, which left the Conservative minority government — which rules with a one-vote majority thanks to an agreement with Northern Ireland’s Democratic Unionist Party — short on the seat power necessary to stop it.

BREAKING: Minister tells the Commons the Govt will NOT vote against my amendment to introduce public registers of beneficial ownership in the Overseas Territories #SanctionsBill #SAMLBill #TackleTaxHavens

The move could have a crippling impact on the VI’s financial services sector and government revenue: In evidence submitted to the UK Parliament, the VI government claimed the imposition of registers could cause a funding gap of $1 billion over the next decade.

A VI-government-funded assessment from the UK consultancy firm Capital Economics suggested the registers would lead to a 45 percent decline in the territory’s public-sector revenue, according to government.

Some government officials, however, painted a less drastic picture.

“It will be up to us as the BVI to make adjustments in the financial services sector,” said Neil Smith, the executive director of the Office of International Business (Regulations). “We have enough time to make those adjustments.”

The amendment requires overseas territories to establish the public registers by the end of 2020. Alternatively, that deadline also offered enough time for the VI government to seek legal counsel and see if it should “push back against” the UK decision, Mr. Smith explained.

The executive director did note that the registers would be “crippling to the industry as we know it” and said he was worried officials and residents in the territory might respond emotionally to the decision instead of strategically looking at how to develop new financial products.

“This is a period of BVI history where we have opportunities to rise to the challenge,” he said.

In attempts to increase the transparency of business entities in its overseas territories, the UK has spent years pressuring the VI and other OTs to adopt publicly searchable registries.

Supporters of the effort say public registers would help prevent the offshore finance industry from being used for international money laundering, terrorist financing and tax evasion. Financial services stakeholders, however, argue that such a requirement would violate their clients’ rights to privacy, which in turn could cripple the industry. They also point out that other jurisdictions around the world — including areas within the United States — are not held to the same standards.

Due to both public and backroom pushback from the VI and other OTs, the VI government instead signed an exchange-of-notes agreement with the UK in April 2016, creating the Beneficial Ownership Secure Search System.

The cloud-based BOSSS platform requires each of the territory’s registered agents to digitise and upload current ownership information for companies they have incorporated, and it theoretically equips government investigators with the ability to rapidly provide that information to UK law enforcement upon request.

However, the system is not public and can be accessed only by a designated person working for the territory’s Financial Investigation Agency.

Lead-up to the amendment

Motivation to impose fully public registers in overseas territories was likely inflamed by the anti-Russia fervour coursing through UK public consciousness since former Russian military officer Sergei Skripal and his daughter were allegedly poisoned by a nerve agent in early March in Salisbury, England.

The British government contended that the attempted assassination of Mr. Skripal — who served as a double agent for UK intelligence in the 1990s and 2000s — was ordered by Russia. Russia denied the accusation and claimed that the UK itself could have had an interest in poisoning the former agent.

UK Prime Minister Theresa May responded to the alleged attack in Salisbury with numerous measures against the Russian government, including the expulsion of 23 Russian diplomats and the revocation of a state invitation to Sergei Lavrov, the Russian foreign minister.

Opposition Leader Jeremy Corbyn and other Labour leaders, however, argued that striking back against the finances of Russian oligarchs would be more effective. They called on the UK government to do more to curb London and the OTs’ complicity in Russian money laundering schemes.

After the public registers amendment was introduced, international nongovernmental organisation Global Witness tapped that nerve, publishing an analysis indicating that at least £34 billion worth of Russian money is invested in the OTs, more than £30 billion of which is in the VI. The research utilised data from the Russian Central Bank and the International Monetary Fund, according to Global Witness.

In a House of Commons Public Bill Committee sitting in March, Labour MP Helen Goodman argued that the BOSSS system is ineffective because it provides UK authorities with information only when they have a reason to ask for it and prevents them from going on “fishing expeditions.”

“The problem is that they cannot see the full pattern of ownership,” Ms. Goodman explained. “That can make it very difficult to work out what is going on, because people involved in money laundering set up extremely complex structures and relationships.”

On numerous occasions, Premier Dr. Orlando Smith has pushed back against the registers by arguing that they would be a constitutional affront.

Proponents of the bill, however, countered that the UK has precedents for legislating directly to overseas territories in exceptional circumstances, as it did when it required them to outlaw capital punishment.

The amendment applies to 14 overseas territories but excludes Crown dependencies, including the Isle of Man and the Channel Islands, because the UK Parliament cannot legislate for them, according to The Guardian.

After the amendment’s successful attachment, OT leaders went up in arms.

Cayman Islands Premier Alden McLaughlin noted that his government is mulling a legal challenge to the amendment, which he claimed violates “accepted and conventional constitutional relationships between the UK and the Cayman Islands.”

Mr. Smith, the VI’s former financial secretary, said he thought UK taxpayers could end up footing the bill if lost financial services revenue causes the VI to no longer be financially self-sufficient.

He reiterated that it is more important than ever for local stakeholders to look for innovative new financial services products to replace that lost revenue.

The premier echoed him.

“Now is also an opportune time for us to embrace new businesses to support not only our recovery and development, but a futuristic economy with modern and innovative ideas and technology,” Dr. Smith said in a statement. “Our current assessment is that any potential changes are at least two years away, but we will not now rest on our laurels.”

Robert Briant, a partner at Conyers Dill & Pearman’s VI office, said the territory should evaluate its next steps carefully.

He also noted that public registers may not be as effective as UK MPs think they will.

“This is an unfortunate and ill-advised decision from the UK Parliament which introduces a less effective regime, being the unverified public register, rather than the BVI’s more robust methodology, being the private verified register,” Mr. Briant explained. “The result eventually will be less transparency and the opposite objective of what the UK Parliament is trying to achieve.”

The UK’s own public register of beneficial owners relies entirely on self-reported data from companies, according to Global Witness. The information in the VI’s BOSSS platform, by contrast, is required to be verified by registered agents.

Freeman Rogers contributed to this article.