The crash in tourism due to pandemic-related restrictions could cause a loss of more than $4 trillion to the global gross domestic product in 2020 and 2021, according to a …

END_OF_DOCUMENT_TOKEN_TO_BE_REPLACED 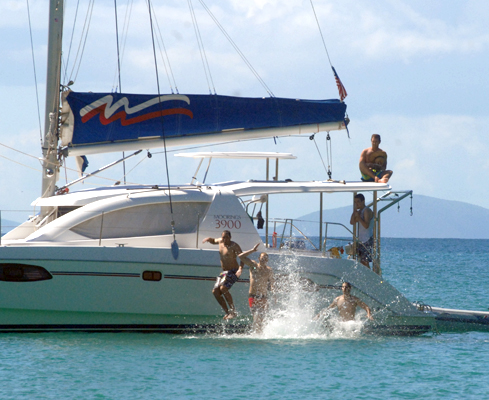 The crash in tourism due to pandemic-related restrictions could cause a loss of more than $4 trillion to the global gross domestic product in 2020 and 2021, according to a United Nations Commission on Trade and Development report published late last month.

Vaccine uptake will be key to how fast economies recover, the UN agency found. The report was released as the organisation prepared for its
UNCTAD 15 Conference, which will be held virtually from Barbados in October, the first time a Caribbean country has hosted the event.

It could provide the region with an opportunity to zero in on issues important to tourism dependent, small-island jurisdictions in the Caribbean that have been hit particularly hard by pandemic-related challenges, organisers said in a press briefing late last month.

The report, released jointly with the UN World Tourism Organisation, found that international tourism, along with other closely linked sectors like food, beverages, retail, communications and transport, suffered an estimated loss of $2.4 trillion in 2020 due to a steep drop in tourist arrivals, and that a similar loss may occur this year.

“Tourism is a lifeline for millions, and advancing vaccination to protect communities and support tourism’s safe restart is critical to the recovery of jobs and generation of much-needed resources, especially in developing countries, many of which are highly dependent on international tourism,” UNWTO Secretary-General Zurab Pololikashvili said in the press
release.

The tourism sector will recover faster in countries with high vaccination rates, such as France, Germany, Switzerland, the United Kingdom and the United States, the report stated.

However, it added, developing countries, where the rollout has been slower, could account for up to 60 percent of the predicted GDP losses.

As of the last update in the Virgin Islands, 43 percent of residents had received at least their first dose of the vaccine, according to the “Our World in Data” vaccine tracker.

That statistic puts the territory in far better shape than many regional neighbours, including Haiti and Jamaica, where rates remain in the single
digits.

However, the VI rate still lags behind some of its fellow British overseas territories, including Bermuda, at 66 percent, and the Cayman Islands, at 76 percent.

Additionally, the deadline to receive a first dose of the vaccine in time to ensure a second lapsed on July 3.

However, according to a government statement last week, Governor John Rankin has indicated that 3,040 more doses are on their way and will arrive on Monday.

The UN report predicted that global tourism levels wouldn’t return to pre-pandemic levels until 2023 or later, with the main barriers being “travel restrictions, slow containment of the virus, low traveller confidence, and a
poor economic environment.”

Meanwhile, Barbados will assume the chairmanship of UNCTAD at the upcoming conference and will hold that post until 2024.

“This gives Barbados, the Caribbean, and the constituency of small island developing states a global platform to advocate fortrade and development issues of major concern to us,” Barbados UNCTAD National Coordinator Teresa Marshall said during a regional press briefing late last month.

Barbados’ UN ambassador, Chad Blackman, said at the briefing that island states have acutely felt the economic effects of the Covid-19 pandemic and
natural disasters in recent years.

Major issues UNCTAD plans to tackle that affect the region include the high cost of imports, along with climate change, debt vulnerability, and economic
transformation.

Micro, small and mediumsized enterprises, he said, make up the majority of businesses in small island states.

Many of them are women-owned, he added, and when they struggle, society as a whole tends to struggle.

“The economic crisis has a greater impact on MSMEs than on other types of businesses, particularly in the absence of the ability to give bailouts and financial packages,” he said. “There is a continued need to seek solutions that address the systemic constraints to the growth and development of MSMEs, as well as enabling these enterprises to raise their competitiveness and productivity, and to connect to international trade.”

Although UNCTAD predicted a rebound in international tourism in the second half of this year, the report still shows a loss of between $1.7 trillion and $2.4 trillion in 2021, based on the effects of visitor reduction only, not factoring in the effects of economic stimulus programmes in various countries.

Last July, UNCTAD estimated that a four-to-12-month slowdown in international tourism would cost the global economy between $1.2 trillion
and $3.3 trillion, including indirect costs. But the losses proved worse
than previously expected, with international travel still low more than 15 months after the pandemic started.

According to the UNWTO, international tourist arrivals declined by about one billion, or 73 percent, between January and December 2020.

In the first quarter of 2021, the UNWTO World Tourism Barometer notes a decline in tourist arrivals of 88 percent from pre-pandemic levels.

According to the report, the reduction in tourism could cause a 5.5 percent rise in unemployment of unskilled labour on average, but this number could be as high as 15 percent in some  places, depending on the importance of tourism for the economy. Labour accounts for around 30 percent of tourist services’ expenditure in both developed and developing economies, the report stated.