As a new batch of rumours spread about the imminent closure of emergency shelters, over 170 displaced people were forced to consider what would come next — and if the …

END_OF_DOCUMENT_TOKEN_TO_BE_REPLACED 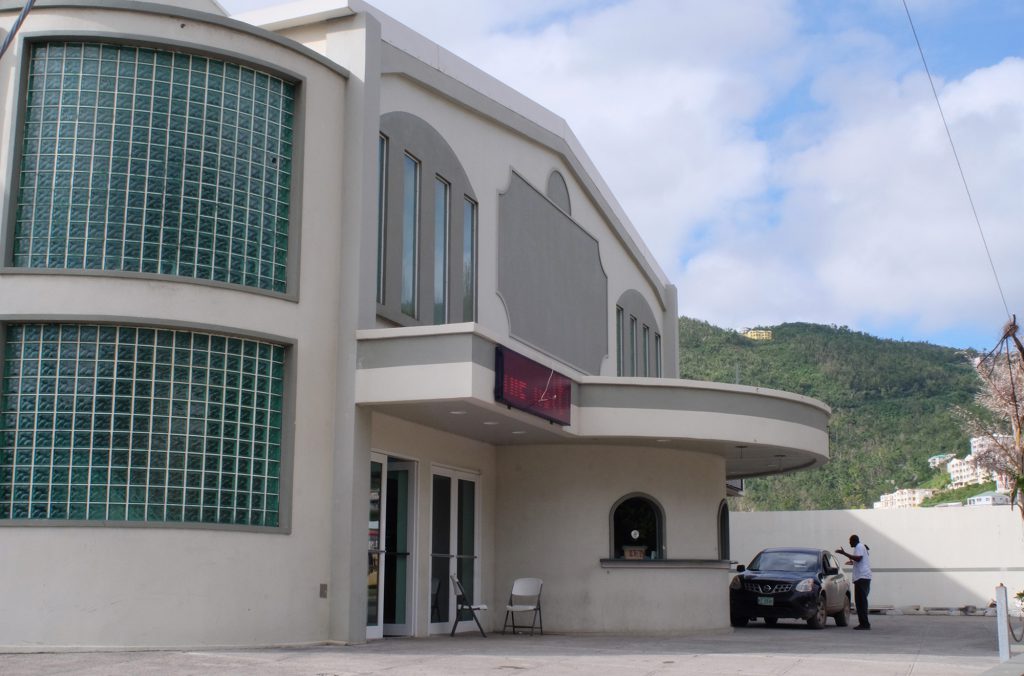 Residents living at the Multi-purpose Sports Complex, which currently houses about 40 people, learned this week that the shelter will be formally closed today. Photo: AMANDA ULRICH

As a new batch of rumours spread about the imminent closure of emergency shelters, over 170 displaced people were forced to consider what would come next — and if the reports should be taken seriously at all.

While many people residing at the Multi-purpose Sports Complex said they had been told last week they would need to vacate the shelter by today, they had heard similar warnings before, and officials only confirmed the closure yesterday afternoon.

On Monday, Department of Disaster Management representative Philomena Robertson would not comment on the exact timeline of shelter closures.

But two days later, DDM and the Ministry of Health and Social Development wrote in a press release that “emergency shelters will be formally closed on Nov. 30,” partly due to the deactivation of the National Emergency Operations Centre and the end of the Atlantic Hurricane Season.

The release added that the Social Development Department has assessed housing solutions for individuals and families living in shelters.

“Several individuals are able to return to their homes with assistance being provided by government, private businesses and individuals, and non-profit organisations, while others require alternative accommodations on an interim or long-term basis,” it stated. “The government and several NPOs will continue to provide financial assistance and social support to these persons and others based on need, in order to aid the transition from emergency shelter accommodation to temporary or permanent housing.”

As of Nov. 13, 173 people were still living in a dozen formal and informal shelters across the territory, Ms. Robertson said on Monday.

Several facilities on Tortola, including community centres, churches and the sports complex, were accommodating 82 people.

On Virgin Gorda, 61 people were temporarily staying in community centres, two churches, apartments or villas and houses. And as for Jost Van Dyke, 25 people were living in shelter boxes and five had been placed with other families.

Ms. Robertson said the Ministry of Health and Social Development has prepared a Housing Recovery Policy and Plan and “is working with partners to provide assistance to those most in need.”

“The goals are to help people get back into homes that are healthy and safe as quickly as possible, carry out needed repairs to the emergency shelters, and restore communal buildings to their intended use,” she said.

‘Nobody wants to be here’

The sports complex in Road Town wasn’t initially intended to be an emergency hurricane shelter. But for dozens of people, including about 40 who are staying there now, the gymnasium has served as a kind of communal home after it opened about two weeks after Irma to accommodate people who had been staying in the St. George’s Episcopal Church on Main Street.

On Tuesday morning, Victor Hartlen — better known as Captain Vic — sat in the lobby of the complex, but he made it clear that this was not his normal routine.

For a few minutes before this reporter was escorted out of the building by a shelter manager, Mr. Hartlen explained what life has been like in the complex.

“I’m gone every day usually by this time because I’m trying to get something done on my boat, but right now I think I have kidney stones and I can barely move,” he said. “I could barely get out of bed this morning.”

Mr. Hartlen, 69, said he worked as the hurricane warden for Paraquita Bay and lived on his boat before Irma, but after the storm he lost both his housing and his main source of income.

He has been bouncing around between friends’ homes and different places since then, and came to the shelter a few weeks ago.

“I have no money. Once the hurricane hit, then they stopped paying me after September — I usually get paid until October, November,” he said. “So I lost all that and I’m just living on my basic pension. I’m just trying to get a little work now.”

The shelter, he said, has been a last resort for many of its occupants, rather than merely a crutch.

“Nobody wants to be in here,” he said. “A lot of people here have their own houses, but they’re in too bad of shape to go back into.”

Life in the shelter

Each day in the sports complex has its challenges, Mr. Hartlen said.

There are no cooking facilities, save for a two-burner stove outside, a microwave and a coffee pot, he explained. The stove, though, is inoperable after someone walked away with the tank and pressure regulator, according to the captain.

As for food itself, the shelter residents currently get one meal a day, Mr. Hartlen said. When he was down to his last dollar a few weeks ago, he went to the food bank at the Red Cross. And to mark his 69th birthday on Sunday, he ate army rations that he got from a friend on St. Thomas.

Sleeping arrangements for children and adults are also limited, and have been assessed on an individual basis as people come and go.

“Some people have a box spring and then a mattress on top of it, some people have air mattresses, some have little camp cots — and one lady had a hospital bed in here but she left; I think her family finally took her home,” Mr. Hartlen said.

Water was being provided to the shelter as of early this week as well, which has saved Mr. Hartlen a trip to Nanny Cay and back on his three-wheeled mobility scooter.

A social worker also came looking for Mr. Hartlen a few days ago, hoping to help get his boat cleaned up and ready to go. Since Irma, he has been making trips back and forth to the damaged vessel by himself.

“You have to help yourself: This is not a charity for life,” he said. “But for a lot of people, if you have no place legitimately to go, and there’s no place you can rent right now, it’s tough.”

Next week, Mr. Hartlen has a job in St. Kitts to do a survey on a boat. When he comes back, he hopes to be able to return to his own boat.

After all, he says, housing options on land are limited, and most people he knows are in the same position as him.

“They’re all trying to survive, and work and get their businesses and homes together,” he said. “It’s hard to impose on someone when they’ve got no power, no water at their place, and their roof is gone.”