Local News > UNDP office in the works for Virgin Islands

UNDP office in the works for Virgin Islands

After supporting the territory’s hurricane recovery for nearly two years, the United Nations Development Programme is looking to open a permanent Tortola office and work closely on projects including a …

END_OF_DOCUMENT_TOKEN_TO_BE_REPLACED 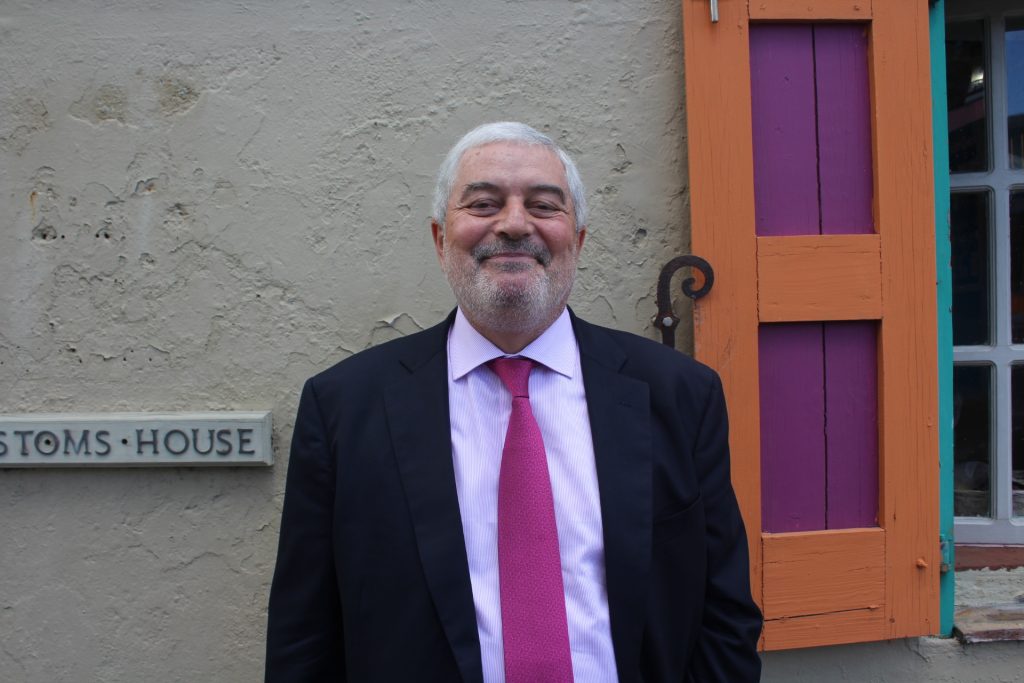 After supporting the territory’s hurricane recovery for nearly two years, the United Nations Development Programme is looking to open a permanent Tortola office and work closely on projects including a policy for developing the territory’s “blue economy.”

The agency hopes a field presence here will position it to better provide support over the long term, according to Magdy Martinez-Soliman, the UNDP representative appointed to head an extensive Caribbean-wide effort.

“I am the supervisor and the person that comes with over- sight of all the offices in the Caribbean,” he said during a re- cent visit to the Virgin Islands. “When I was based in Trinidad we opened the office in St. Maarten because we had the responsibility of supporting the recovery there after Irma.”

Within the past three years, UNDP offices have opened in St. Maarten, Antigua and Barbuda, and Dominica in response to hurricanes. Here, the agency has helped with the recovery since October 2017, including assisting the Disaster Recovery Coordination Committee, but it did not open an office.

“What I’m hoping is that after this first year we would now establish a UNDP office for the long run,” Mr. Martinez-Soliman said.

The UNDP could provide assistance such as sourcing UN experts for input on policies and plans, he said, adding that such support would happen much faster with a field presence here.

Mr. Martinez-Soliman has held positions in the UN for more than 20 years, including serving recently as the assistant secretary general of the UN and the policy chief of the UNDP. He is now the UNDP head of office for Barbados and the nine members of the Organisation of Eastern Caribbean States.

“The secret to any complex management is of course having a very good team. One of the characteristics of UNDP is that 95 percent of our staff are from the countries that we serve,” Mr. Martinez-Soliman said. “These people know their countries well and they’re selected through a competitive and selective process. We are looking at the possibility of agreeing with the government and having a UNDP office here in BVI which will be staffed with BVI nationals.”

So far, the UNDP’s support here has mostly taken the form of policy advice. For example, the Department of Disaster Management reached out to the agency to help develop a disaster management plan for government. The UNDP provided experts to assist with the task.

However, after working closely with several organisations in the territory during the recovery, the UNDP now plans to shift its focus to a broader type of programme in the VI.

“The one very, very interesting conversation we are having here as we are doing some studies for the government with world- class experts is the conversation about blue economy,” he explained. “And it’s really the future of the BVI. The blue economy is such an enormous asset. Those are the jobs that today’s kids will have tomorrow.”

He stressed the importance of creating small industries throughout the territory that could withstand economic turmoil abroad.

Since the two pillars of the VI economy — tourism and financial services — are so internationally connected, the territory needs to diversify its industries to keep its economy running, especially in times of crisis, he said.

In addition to the blue economy, Mr. Martinez-Soliman suggested investing in training and capacity building, perhaps through educational institutions, as well as the fashion, sports, art and entertainment industries. The goal, he said, would be to develop home-grown industries that the community supports.

“The large scale is nothing else but the sum total of the small-scale,” he said. “The possibilities that exist in a relatively small society with the reduced population are impressive because anything makes a dent; anything makes an impact.”

As for the recovery that took place in the territory after Irma, Mr. Martinez-Soliman said the effort was impressive in the public and private sectors alike. Having helped establish offices in other countries that faced similar impacts and witnessing slower responses, Mr. Martinez-Soliman called the VI’s recovery “a success story.”

“The recovery here has religiously observed the principle of building back better, which is the key principle of any successful recovery,” he said.

Though building back better isn’t faster or cheaper, it creates more resilient structures that prove cost-effective over the long term, Mr. Martinez-Soliman explained, adding that he believes the territory’s leaders and other residents have made sound choices.

Those decisions, he explained, included getting vital systems back on track, and then thinking about how to get the recovery done without quick fixes.

“People will tell you, ‘The high school is not finished; my house is not built back,’ but that’s very different from, ‘I still don’t have basic services,’” he said.

Though his first visit to the territory was diplomatic and done by protocol while establishing a relationship with the government, Mr. Martinez-Soliman was able to get a sense of the impact left by Irma.

“I know a lot about the facts and figures. What I don’t have is the feel. I can see the scars, I can see the wounds. I can also see the band-aids, the balm that has been put on the wounds,” he said.“Two years down the road, I’m still sensing that when I speak to people, that it was a very, very traumatic — a very scary — event.”

In spite of the recovery’s progress, however, he noted that a lack of funding remains a major obstacle.

“The one thing we have noticed is the resources needed ex- ceed the options available,” Mr. Martinez-Soliman said. “The BVI needs a finance highway. That is still an issue out there.”

He also pointed out the “structural challenges” stemming from the constitutional arrangement of an overseas territory. As it stands, many international donors won’t provide aid to OTs, which Mr. Martinez-Soliman described as being “tantamount to giving aid to the United Kingdom” in the VI’s case.

For international donors, eligibility often depends largely on two things, he said: If a country is rich enough to pay for its development by itself, or if it’s part of a bigger constitutional arrangement with an- other country that should be taking care of it.

According to Mr. Martinez- Soliman and other world experts, the Caribbean is one of the most vulnerable regions to the adverse effects of climate change.

Climate change accelerated in the 1960s and 1970s with the boom of the automobile industry, but the effects of it weren’t put into a comprehensive picture by scientists until around 20 years later, he explained. This effort was met with scepticism, especially from those who had a vested interest in denying the science, he said. But evidence of the consequences presented themselves
in various forms.

Biodiversity was impacted, glaciers began melting, and various species migrated, he explained. Meanwhile, he added, urban pollution in bigger cities across Asia and Latin America became “unbearable,” and unsustainable practices like the exploitation of forests and mass-scale production of plastics also expanded.

“It has ended up in marine pollution, which is what’s seen more directly in the BVI, which is a particularly unfair practice because what polluters do is they don’t pay for their garbage collection,” Mr. Martinez-Soliman said. “There is technology: Everybody knows how to get rid of toxic waste or chemical waste or use more sustainable products to clean or not spill oil into the ocean. Everybody knows how to do it: It’s just you have to pay for it to do it the proper way.”

The VI is a victim of such practices, Mr. Martinez-Soliman said, adding that taxing those who “don’t pay the real price of pollution” is one way to combat the problem.

He also praised residents and government for developing a protective attitude of the territory’s natural resources, partly as a result of their awareness of tourism.

Technical support for economic development is the main focus of the UNDP, but its related goals include promoting climate change resilience and good governance, which is why the UNDP is hoping to help develop policies for the territory’s blue economy, Mr. Martinez-Soliman explained.

“We still do social and economic development; we do a lot of analytics. In a way we’re also a think-tank, but we do practical support for policies that go way beyond the economics,” he said. “It’s a very broad mandate — one of the broadest mandates.”

At first, it wasn’t obvious to the UN that the territory needed such assistance, so a permanent UNDP presence did not come immediately after Irma. But Mr. Martinez-Soliman now sees an opportunity that will allow the UNDP to play a larger role.

To that end, he said, building a relationship with the government is taking time.

“I think that it was a meeting of minds of sorts,” he said. “On the one hand the government was saying, ‘We really need this and we’d appreciate if you’d help us with that.’ … It was only natural to say, ‘Well, actually, wouldn’t it be easier to have an office here?’”

The UN is also represented in the territory through the UN Education, Scientific and Cultural Organisation, which arrived here in 1983.