Local News > UNDP pledges to up support to SIDS

UNDP pledges to up support to SIDS

END_OF_DOCUMENT_TOKEN_TO_BE_REPLACED 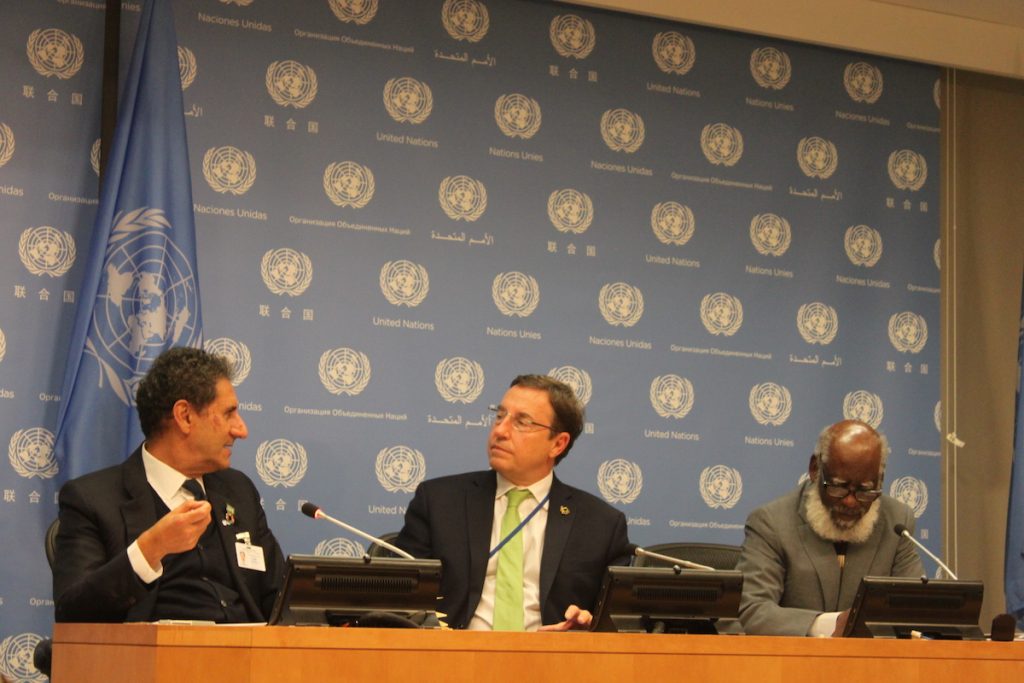 “It has a degree of absurdity to it when you see the images of small island states being destroyed almost as if they have been through a carpet-bombing to then suddenly talk to them about ‘Oh, you’re a middle-income country’ and thus not eligible for aid,” he said.

The UNDP, Mr. Steiner explained, is in the final stages of increasing its support for SIDS.

“Some of the statements you’ve seen today I very much take to heart from countries that largely don’t even appear on world maps very often. Therefore people just don’t know they exist when they go to school or they watch the television. They are places where people live, where history has grown, and where literally survival is now sometimes the next step that governments have to worry about,” said Mr. Steiner.

He added that the UN has heard the SIDS’ concerns.

“And they have a place on the stage also, as the secretary made sure of today,” he said. “And for us, for what we can do in practical, technical and financial terms, we wanted to be here this afternoon to reinforce the message that it is really an emergency.”

Francesco La Camera, director general of the International Renewable Energy Agency, acknowledged that while the efforts of island nations to transition to solar and wind energy have been admirable, such work won’t free them from the impacts of climate change.

That battle, he said, would take place outside of the islands as hundreds of millions of people across the world still living without electricity demand higher standards of living, meaning that they will consume more energy.

Wilfred Elrington, Belize’s minister for foreign affairs, talked about the efforts of the Alliance of Small Island States to convince larger countries to adhere to the commitments made in the Paris Agreement by leading by example. The group is also supporting the Coalition for Climate Resilient Investment, a private-sector initiative made up of 30 organisations.

In highlighting the effects of climate change seen on the ground, Mr. Elrington talked about his own experience at the age of 12 when Hurricane Hattie devastated Belize in 1961.

It was the first time in recorded history, he said, that Belize has experienced a Category 5 hurricane.
“Unless you really have experienced this kind of devastation, it’s very hard to appreciate how difficult and how absolutely destructive it is,” he said.

He recalled that he was living in a house on stilts on the coast and his family had no longer than five minutes to vacate their home before the entire structure was blown away.

“When it was finished, both the city of Belize and the southern district was completely devastated,” he said.

He said when most people think of natural disasters, their first thought is the damage done to human beings.
But the damage done to the natural environment, he said, can be equally tragic for people who see their surroundings demolished.

“From one moment to be in a safe, secure structure and building and the next to be completely out in the environment with nothing — you absolutely own nothing: no clothes, no medicine, no food. You’re just completely under the mercy of God,” he said. “And when you find yourself with that situation, it’s absolutely horrible and devastating. And now that is becoming the new normal.”