Inquiry > ‘Unfettered discretion’ out the door for grants

‘Unfettered discretion’ out the door for grants

END_OF_DOCUMENT_TOKEN_TO_BE_REPLACED 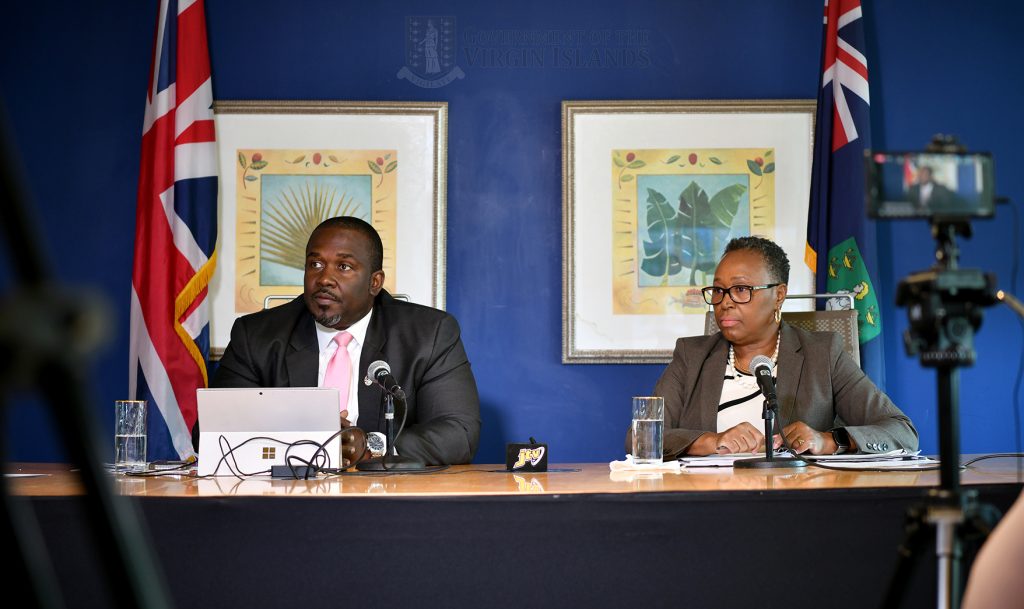 Assistance grants that were formerly disbursed at elected officials’ discretion will now be administered by the Social Development Department after the Commission of Inquiry blasted the existing system for a lack of accountability and transparency, Health and Social Development Minister Marlon Penn announced during a Monday press conference.

The COI found that ministerial grants — totalling some $3 million per year — and House of Assembly members’ assistance grants — totalling $2.7 million each year — have long been awarded at the “unfettered discretion” of ministers and other HOA members despite blistering criticism from government auditors dating back at least to 2009.

Noting that auditors’ recommendations for reform have not been followed, COI Commissioner Sir Gary Hickinbottom recommended a comprehensive review and overhaul of the welfare benefits and grants system in the territory, including an audit of all assistance grants awarded over the past three years.

The cross-party National Unity Government is now acting on those recommendations.

Its recently approved reform proposal includes a deadline of today to start reviewing the benefits system and a Nov. 30 completion date for moving to a transparent and single system of benefits as recommended by the COI.

The proposal also calls for the auditor general to conduct a full audit of all HOA and ministerial assistance grants made in the last three years. The deadline for a completed audit report is Dec. 31.

To provide for more accountability and transparency, government will transition all social grants to the Public Assistance Programme administered by the SSD, Mr. Penn explained during a Monday press conference alongside Chief Social Development Officer Annie Malone.

“The Public Assistance Programme is our main vehicle for delivering means-tested benefits to low-income households. In times of an emergency or crisis, the Social Development Department may also disburse special short-term grants based on objective eligibility criteria,” Mr. Penn said. “The recently published Commission of Inquiry report found these arrangements to be consistent with good practice for managing and accounting for public funds. However, the commissioner also concluded that ‘assistance grants’ previously disbursed by other ministries of government, and the House of Assembly, were not properly administered, which left the programmes open to abusive and fraudulent practices.”

Ms. Malone said 362 people currently benefit from regular monthly or bi-monthly assistance grants given by the HOA or ministries. She added that the grants are usually awarded to senior citizens, the unemployed, people with disabilities, low-income families, or in times of emergency.

During the transition, current recipients will continue to receive regular grants for three months while they are vetted to ensure they meet eligibility requirements, Ms. Malone explained.

Ms. Malone explained that each person receiving assistance will also be digitally registered, and that registration will begin the third week of July.

The last HOA cheque is expected to be sent this week, according to Mr. Penn. After that, recipients will be able to pick up cheques administered by the SDD.

“For persons who do not qualify for the Public Assistance Programme, benefit payments will stop at the end of Septem- ber,” he said. “However, if any fraud or deception is discovered during the assessment process, grant payments will cease immediately, and steps will be taken to recover any fraudulent payments.”

Mr. Penn added that the Ministry of Health and Social Development is also working on a separate contingency plan to support people in need during times of emergency.

The two assistance grants programmes have long been the subject of blistering criticism from auditors who have alleged an egregious lack of transparency and accountability.

A 2009 report from the Internal Audit Unit found that public funds had been used for apparently non-essential purchases, including lingerie, a trip to Grenada, a hair show sponsorship, and tickets for models at a car show.

And rather than reining in the spending, the previous Virgin Islands Party administration upped HOA members’ total allotment by some $1 million — to $2.7 million — after coming to power in 2019, Sir Gary wrote.

Another probe the Internal Audit Department conducted in 2014 investigated the ministerial grants, finding that they totalled about $3 million each year and were handed out at elected ministers’ discretion without transparency or accountability.

Here again, the auditors’ recommendations for reform were largely ignored, according to Sir Gary, who also noted a clear duplication between the two assistance grants programmes.