The non-profit organisation Unite BVI will fund infrastructural works needed to relocate students displaced after the Althea Scatliffe Primary School was closed on June 17 due to structural issues, officials …

END_OF_DOCUMENT_TOKEN_TO_BE_REPLACED 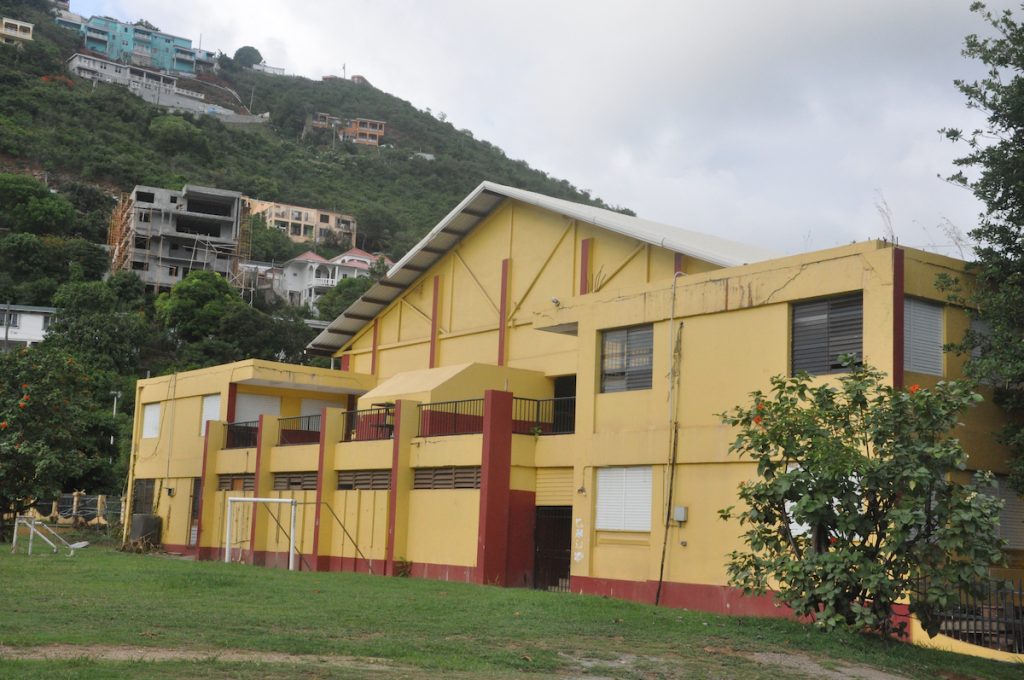 The non-profit organisation Unite BVI will fund infrastructural works needed to relocate students displaced after the Althea Scatliffe Primary School was closed on June 17 due to structural issues, officials announced on Friday.

Most students from ASPS will be relocated to Enis Adams Primary in Meyers or Francis Lettsome Primary in East End, according to Education, Culture, Youth Affairs and Sports Minister Sharie De Castro.

To assist, Unite BVI will fund the construction of 14 new classrooms at the two schools, as well as office space for the administration teams, the organisation stated in a press release.

“These facilities will provide the space to house over 300 students and the faculty who have been displaced by the closure of the Althea Scatliffe school,” the release added. “All construction timelines will be determined by the contractor, and the entire project will be managed by BCQS.”

Ms. De Castro said the work will get under way immediately.

However, the needed works at Enis Adams, which include the completion of second-floor classrooms, will take longer because of the lead time necessary to source materials, according to the minister.

“In light of this, and after consultation with the technical team at the Ministry of Education and the principal of the school, a decision has been made to implement a hybrid system at the Enis Adams Primary School,” she said.

Under the new schedule, students from kindergarten to grade two, including students in the therapeutic kindergarten, will attend school for full-day instruction from 8:30 a.m. to 3:15 p.m. Monday to Friday.

“Consideration has been given to accommodate families who have students in multiple grades so that parents will not have to pick up at two separate times during the day,” Ms. De Castro said. “A meeting was held to inform the parents of this update.”

Ms. De Castro has not said whether ASPS will be refurbished or demolished.

‘Grateful to our board’

“Unite BVI are especially grateful to our board for making this a reality in such a short space of time, so that we can move forwards with haste and thereby also play a role in getting all students back into a quality learning environment as quickly as possible,” he said in a press release.

Unite BVI Executive Director Dr. Sauda Smith added that the project is not the organisation’s first time working with schools.

“Unite BVI and FLOW supported the ministry with the rebuild of Block A of Bregado Flax [Educational Centre on Virgin Gorda], the training of all teachers in Google classroom, and with the BVI Funders Group provided over one thousand Chromebooks for all senior high school students after the storms of 2017 and during the pandemic,” she said.

Unite BVI is supported by Sir Richard’s Virgin Unite, the entrepreneurial foundation of his Virgin Group and the Branson family.

Transportation, she said, will be made available for any students who need it.

“The Ministry of Education takes this time to thank the Social Development Department for allowing the use of this space and helping to ensure that teaching and learning continues for the Eslyn Henley Richiez Learning Centre,” Ms. De Castro said.

Meanwhile, new buildings under construction at Elmore Stoutt High School will not be completed in time for the reopening of the school year as planned, the minister said.

“Delays surrounding the arrival time of windows and doors along with other fixtures has led the ministry to implement a hybrid system for students for the next few weeks,” she explained. “Just this week, the Recovery and Development Agency received some of the windows and doors, and next week they hope to receive the balance. We are all keeping our fingers crossed that the school will be completed for October 2022.”

Under the shift schedule at ESHS, grades seven, 10, 11 and 12 will attend face-to-face sessions every day from Monday to Friday.

Grades eight and nine, however, will attend school in a shift schedule. During the first week, grade eight will attend Monday through Wednesday while grade nine attends Thursday and Friday. After that, the grades will switch each two weeks.

“Students and parents will be provided with a calendar to indicate the days on which they should attend face-to-face sessions,” Ms. De Castro said. “Students in junior grade levels will attend in the morning session and senior students will attend the afternoon sessions. The bell schedule for each session will be shared during orientation.”