The United States Department of Justice has charged four people with crimes allegedly brought to light by the International Consortium of Investigative Journalism’s Panama Papers expose, according to a DOJ …

END_OF_DOCUMENT_TOKEN_TO_BE_REPLACED 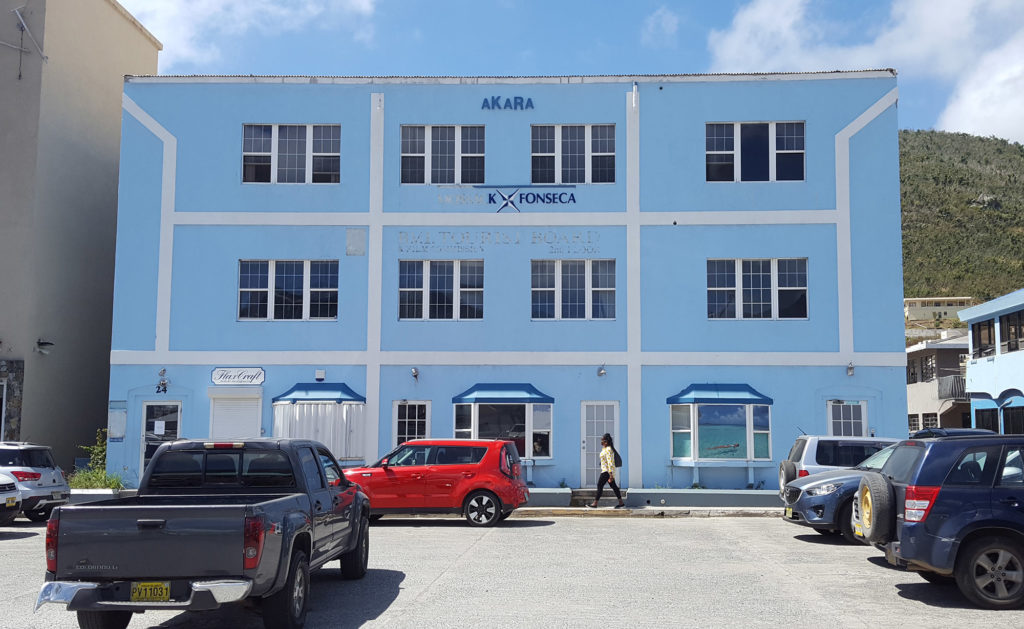 The United States Department of Justice has charged four people with crimes allegedly brought to light by the International Consortium of Investigative Journalism’s Panama Papers expose, according to a DOJ announcement published earlier this month.

They are the first US criminal charges stemming from the ICIJ’s 2016 investigation, which reported on 11.5 million leaked documents that allegedly suggested that the Panama-based law firm Mossack Fonseca helped launder money, hide assets and evade taxes — often with the assistance of Virgin Islands-registered business companies.

The resulting controversy sparked criminal probes around the globe, bought droves of negative publicity to the offshore financial industry, and led to the resignations of prime ministers in Iceland and Pakistan.

Two of the men in the recent US indictment — Harald Joachim Von Der Goltz, a German citizen and former US resident and taxpayer, and Richard Gaffey, an American accountant — were arrested last week. Dirk Brauer, a German investment manager, was arrested last month, and Ramses Owens, a Panamanian attorney who worked for Mossack, was at large at the time of the DOJ’s Dec. 4 statement but was arrested in Panama two days later, according to a report from McClatchy DC.

The defendants have been charged with committing a variety of crimes “in connection with their roles in a decades-long criminal scheme perpetrated by Mossack Fonseca & Co.” and related entities, the DOJ statement explained. Those alleged crimes range from wire fraud to money laundering to conspiracy to commit tax evasion.

Mr. Gaffey’s Massachusetts-based tax firm, Elder, Gaffey & Paine, issued a statement to McClatchy and the Miami Herald maintaining his innocence and announcing his intent to fight the government’s charges in court.

Messrs. Owens and Brauer allegedly established and managed offshore trusts and undeclared bank accounts to help US taxpayers and Mossack clients conceal assets and income from the US Internal Revenue Service, according to the DOJ.

The men allegedly played a part in marketing “sham foundations and shell companies” formed in jurisdictions including the VI to conceal the ownership of overseas bank accounts and the income generated from those bank accounts, the statement explained.

Mossack frequently formed structures where sham foundations owned shell companies that nominally held a client’s undeclared assets, according to the DOJ. Clients’ names rarely appeared anywhere on the entities’ incorporation documents, despite the fact that they were the beneficial owners, the statement added.

“The unsealing of this indictment sends a clear message that IRS [Criminal Investigation] is actively engaged in international tax enforcement, and more investigations are on the way,” said IRS-CI Chief Don Fort. “IRS-CI specialises in unraveling these intricate offshore tax schemes and following the money around the globe wherever it may lead.”

The ICIJ’s investigation led to direct consequences for Mossack, which has denied wrongdoing: In November 2016, the BVI Financial Services Commission fined the firm’s VI office $440,000 for contravening sections of the Anti-Money Laundering and Terrorist Financing Code of Practice and the VI regulatory code. The fine was the largest ever issued by the FSC, according to Government Information Services.

And in February 2017, Panamanian police arrested the firm’s two founders, Ramon Fonseca and Jurgen Mossack, on money laundering charges relating to Brazil’s largest-ever bribery investigation. The pair, who have maintained their innocence, were released that April on bail, though a Panamanian prosecutor was also investigating the firm, according to the ICIJ.

In March of this year, the law firm announced the imminent closure of its remaining offices.

“The reputational deterioration, the media campaign, the financial siege and the irregular actions of some Panamanian authorities have caused irreparable damage, whose obligatory consequence is the total cessation of operations to the public,” Mossack said in the statement obtained by the ICIJ.