After months in jail, United States fisherman goes to trial

On June 9, Michael Foy, a United States fisherman who had been detained aboard his commercial fishing vessel the previous morning, sat in an interview room in the Road Town Police …

END_OF_DOCUMENT_TOKEN_TO_BE_REPLACED 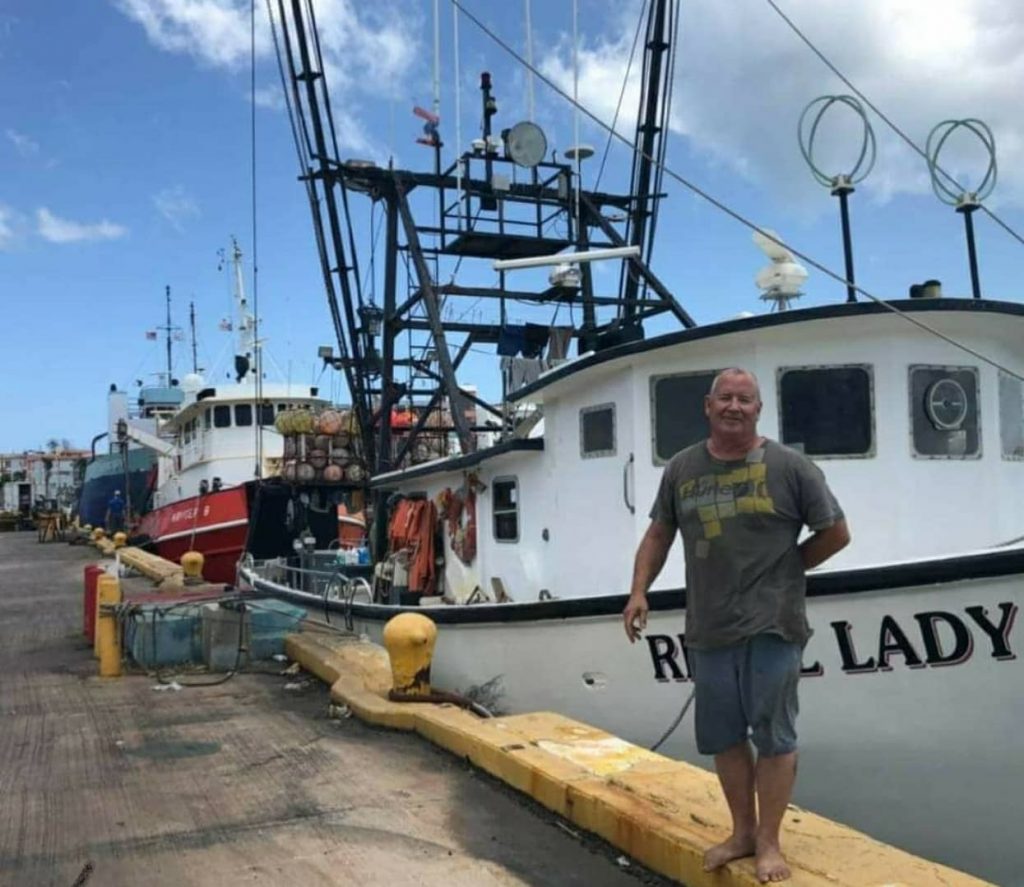 Michael Foy, a United States fisherman based out of Puerto Rico, was arrested in June and charged with illegal entry and other offences. After his case attracted the attention of several national news outlets in the US, Mr. Foy’s trial started Monday in Magistrates’ Court. (File Photo: PROVIDED)

On June 9, Michael Foy, a United States fisherman who had been detained aboard his commercial fishing vessel the previous morning, sat in an interview room in the Road Town Police Station, trying to explain what he was doing in Virgin Islands waters.

In his telling, Mr. Foy wasn’t aware that the territory’s borders were closed and that he could be breaking the law by waiting near Norman Island for documentation that he said would allow him to re-enter the US.

“That’s what all this is about: … I had nowhere to go,” Mr. Foy said during the recorded interview.

Nearly four months later and after attracting the attention of two US congressman and one senator — who wrote the VI government a June 30 letter advising that they “will continue to closely follow Mr. Foy’s case and expect him to be treated appropriately under safe and sanitary conditions” — Mr. Foy’s trial began Monday in Magistrates’ Court.

He is accused of illegal entry, operating an unlicensed or unregulated fishing vessel, and arriving at a place other than a customs port.

Over the course of two days of testimony and video evidence, Crown Counsel Kael London argued that Mr. Foy was guilty of the three charges, in part because he arrived in the territory without written permission, was operating a fishing vessel, and failed to alert the authorities about his presence.

But defence attorney Patrick Thompson argued that the court should toss out the prosecution’s evidence regarding Mr. Foy’s fishing activity; that the law allows for distressed individuals to enter the territory without permission under certain circumstances; and that Mr. Foy didn’t enter illegally in part because he didn’t set foot on land.

As such, he argued, the court should dismiss all charges.

After a Tuesday adjournment, Magistrate Christilyn Benjamin plans to issue her verdict when the trial reconvenes Friday morning, she said.

While making the case that Mr. Foy had entered illegally before he was found near Norman Island, Mr. London claimed that the Immigration and Passport Act prohibits vessels from entering the VI without written authorisation.

Mr. Penn testified that on June 5 he received an email from Mr. Foy asking for permission to enter the territory while he waited to obtain clearance to enter the US.

At the time, the borders were restricted because of the Covid-19 pandemic, and Mr. Penn wrote back that he would have to obtain “special permission” from the Ministry of Health and Social Development to grant Mr. Foy’s request, he testified.

But that clearance from the ministry never arrived, and Mr. Penn had no further contact with Mr. Foy, he said.

Although Mr. Foy and other witnesses confirmed that the captain was inside the territorial waters when he was detained by a patrol vessel the morning of June 8, Mr. Thompson argued that because his client had never disembarked from the boat, he was not in contravention of the territory’s laws on illegal entry.

According to Mr. Thompson, the Immigration and Passport Act defines an attempt to “land” in the territory as an attempt to disembark a vessel and physically step foot on land.

Therefore, someone who arrives in the territory on a vessel and stays on that vessel does not necessarily qualify as an illegal entrant, Mr. Thompson argued.

“Mr. Foy has not attempted to land in the territory,” the defence attorney said, adding, “The court should not import broader meaning when the act limits the definition of ‘land.’”

During his videotaped interview, which was conducted by Police Inspector Durville Carty, Mr. Foy said that although he was aware that the territory’s ports were closed, he did not know that the borders were sealed as well.

Mr. Foy told the inspector that he had been assured by US Customs and Border Protection that as long as he had clearance from a foreign country, he would be able to return to Puerto Rico without getting a passport stamp, and a fishing agent had assured him that the clearance was on the way.

In regards to the charge of operating an unlicensed or unregulated fishing vessel, Mr. London argued that evidence shows that the boat was actively fishing when the VI patrol team made contact.

On Tuesday, Mr. London called Abby Christopher, the assistant fisheries officer in the Department of Fisheries and Agriculture, to the stand.

Ms. Christopher testified that on June 8 acting Deputy Customs Comptroller Greg Romney asked her if the Rebel Lady appeared on a list of vessels licensed to fish in the territory, she said.

It did not, she stated.

Asked by Mr. London if she knows what the boat looks like, she said that she does because Mr. Romney sent her a picture of it later that day.

Pressed to describe the boat pictured in the photograph, she said that the name was written on the back, and that it was a long-line fishing vessel with some “of the gears unstowed.”

Mr. Thompson, however, contended that this account was not sufficient evidence to prove that his client was engaged in fishing at the time of his detainment.

Because the photo was not tendered into evidence, and because the photographer had not been identified, it should not hold up in court, Mr. Thompson argued.

“It [should be] up to the court to decide whether that photograph shows the Rebel Lady in contradiction to [the law],” he said.

According to Mr. London, the defendant also broke a law governing how individuals should arrive at ports of entry.

The law dictates that Mr. Foy should have “immediately announced himself upon entry” into the territory, Mr. London said during his closing statement.

In his caution interview, Mr. Foy admitted that he had arrived in the territory “a couple of hours” before being approached by the officers, and he did not say whether he had contacted any VI officials upon entry.

But Mr. Thompson again argued his client’s innocence, citing a provision that he said allows individuals into the territory under certain circumstances of duress.

In Mr. Foy’s interview, the captain explained that after he and his crew finished fishing on May 31, they had been shutout of both St. Martin and Antigua, where they intended to wait only long enough to get their clearance to return to Puerto Rico, where his fishing operation is based.

A shipping agent in Puerto Rico also assured Mr. Foy that he would be able to receive his clearance in the VI, he said during the interview.

Because of this situation — and because the fisherman never intended to step foot on land — he is protected under the law, Mr. Thompson said.

Quoting Mr. Foy’s caution interview, the lawyer explained, “He ‘had run out of options.’… That is how he ended up in the BVI.”