On Oct. 30, Magistrate Christilyn Benjamin handed down her sentence to Michael Foy, a United States fisherman who pleaded guilty last week to illegal entry and arriving at a place …

END_OF_DOCUMENT_TOKEN_TO_BE_REPLACED 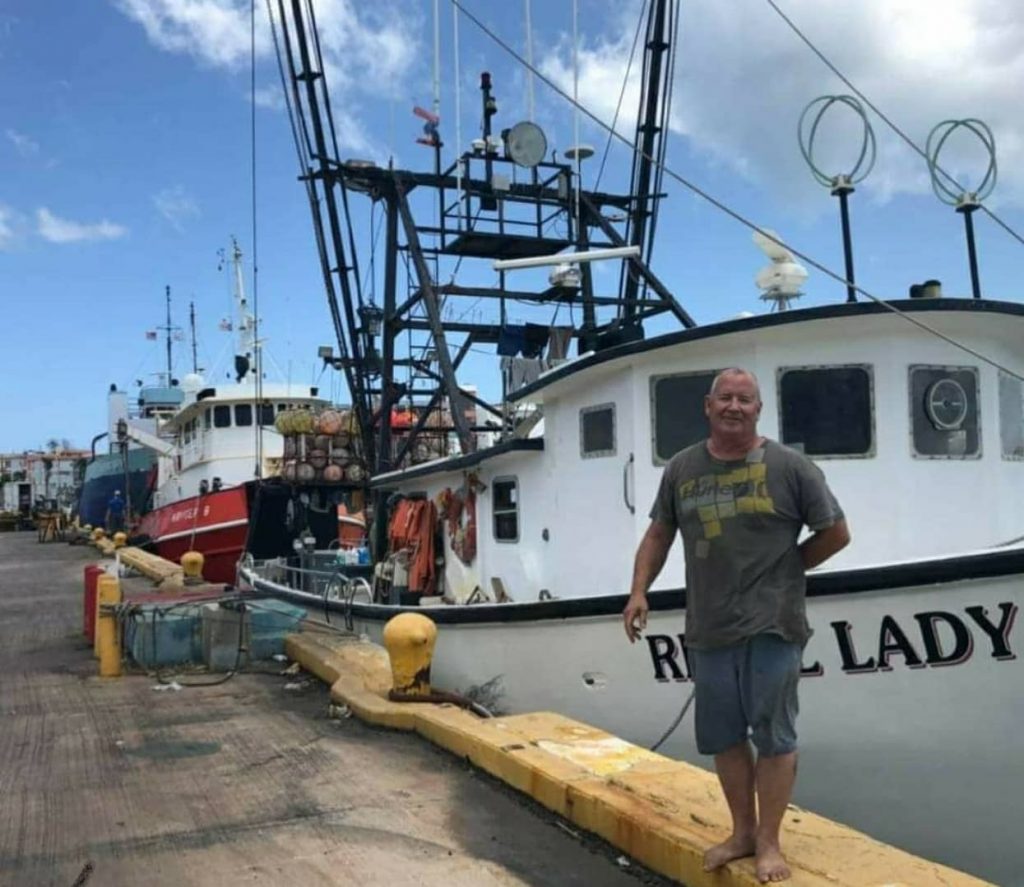 Michael Foy — the United States fisherman who spent about four months in prison here — was free to leave the territory after paying a $4,000 fine, Magistrate Christilyn Benjamin ruled on Oct. 30. (Photo: JOEY WALDINGER)

On Oct. 30, Magistrate Christilyn Benjamin handed down her sentence to Michael Foy, a United States fisherman who pleaded guilty last week to illegal entry and arriving at a place other than a customs port, ruling that he was free to leave the territory after paying a $4,000 fine.

The decision comes after Mr. Foy changed course, pleading guilty on Oct. 28 to both charges after his defence attorney argued earlier that he was innocent.

A third charge, operating an unregulated or unlicensed fishing vessel, was previously dismissed by Ms. Benjamin, who ruled that the prosecution did not provide sufficient evidence to support its case.

For arriving at a place other than a customs port, Mr. Foy was fined $4,000, and he was given a four-month prison sentence for illegal entry, though Ms. Benjamin ruled that his prior imprisonment would count as time served.

Illegal entry carries a maximum sentence of 12 months imprisonment and a $1,000 fine, while the maximum penalty for arriving at a place other than a customs port is a fine of $10,000. “When that is taken into consideration, you would have already served your sentence for illegal entry, so no further imprisonment is necessary,” the magistrate said.

She then tacked on two additional weeks behind bars for each of his aggravating factors: the prevalence of illegal entry in the VI and the seriousness of the offence, which she said is exacerbated by the dangers of Covid-19.

However, Ms. Benjamin added that neither Mr. Foy nor his four Indonesian crewmembers were found to be positive for Covid-19.

But when factoring in Mr. Foy’s “sole mitigating factor” — his previously clean criminal record — Ms. Benjamin decided to subtract a month from the prison term, bringing it back to four months, she said.

The magistrate did not cite any aggravating or mitigating factors for her sentencing on the charge of arriving at a place other than a customs port, though she noted that prosecutors had decided not to confiscate Mr. Foy’s vessel, the Rebel Lady.

During a hearing on Oct. 28, defence attorney Patrick Thompson had asked the court if his client could pay the $4,628.27 he said it had cost to store the boat during Mr. Foy’s ordeal, instead of the maximum $10,000 fine.

On Oct. 30, Ms. Benjamin said that given the prosecution’s decision not to forfeit the vessel, the $4,000 she was fining Mr. Foy was a small price to pay. “The storage fee is a small cost to pay as the vessel is much more valuable. And as such, the fact that this defendant has to pay should not have any bearing on the court’s sentencing,” Ms. Benjamin said.

If Mr. Foy does not pay the $4,000 by Nov. 10, he will have to serve an additional six months in prison, the magistrate added.

A four-month ordeal Mr. Foy, who fishes out of Puerto Rico, was detained after being approached by customs and police officers on June 8.

The next day, he was taken to the Road Town Police Station for a videotaped interview, which was later played during the trial.

During the interview, Mr. Foy claimed that he didn’t know the territory’s borders were sealed, and that he was merely following his fishing agents’ instructions and waiting to receive clearance to reenter the US.

Members of Mr. Foy’s family alleged that he was mistreated during his detainment, and that the conditions endured by members of his crew also raised humanitarian concerns.

While Mr. Foy was remanded to prison, his crewmembers were for more than a month confined to their boat before being moved to hotels in the territory and eventually sent home on Oct. 4, according to one of the crew.

Prompted by the outcry from members of Mr. Foy’s family, two US senators and a congressman wrote a letter to Deputy Governor David Archer Jr. noting that they are monitoring the case and expected fair treatment of their constituent.

When the case went to trial at the beginning of October, Crown Counsel Kael London argued that Mr. Foy was guilty of all charges because he had not received written permission to enter the territory, had not announced his arrival to the relevant authorities, and was actively fishing at the time of his detainment.

Mr. Thompson, however, contended that his client was innocent of all charges, citing a provision that he said allows people in distress to enter the territory, and another that he said suggests a person must step foot on land to have illegally entered.

He also refuted the fishing charge, noting that the prosecution’s evidence rested on the testimony from a fisheries officer who had seen only a photograph of the boat.

The photograph itself had not been tendered into evidence.

Ms. Benjamin agreed with the defence’s contention on the fishing charge, which she dismissed on Oct. 9.

Mr. Foy declined to comment after his sentencing on Oct. 30.