US lifts travel warning for VI

When the United States Department of State implemented a new travel warning system on Jan. 10, it placed the Virgin Islands on a list with countries like Honduras, Sudan and …

END_OF_DOCUMENT_TOKEN_TO_BE_REPLACED 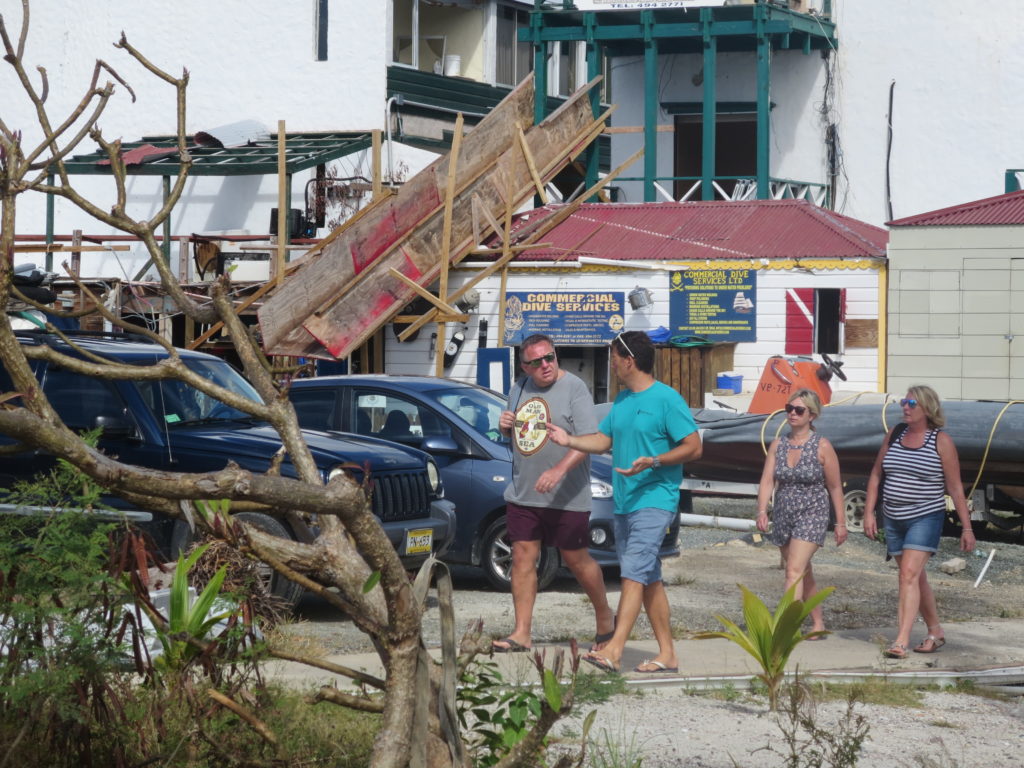 When the United States Department of State implemented a new travel warning system on Jan. 10, it placed the Virgin Islands on a list with countries like Honduras, Sudan and Pakistan, advising US citizens to “reconsider travel” to the territory due to hurricane damage.

The designation was lifted Tuesday after VI officials reportedly made contact with the State Department to inform them of the extensive recovery efforts.

“In September 2017, Hurricane Irma caused extensive damage,” the department’s website had warned. “Areas of the islands may lack adequate access to electricity, water, medicine or food. Some roads may be impassable. Intra-island travel may be difficult.”

However, the most recent recovery updates here painted a very different picture. Henry Creque, deputy director of the BVI Electricity Corporation, said Tuesday that as of two weeks ago, “99 percent of the customers who can be connected” to electricity are connected.

The latest recovery update by Premier Dr. Orlando Smith, released Feb. 22, noted that health care services at Peebles Hospital were at 100 percent, and “all of our major roads are passable.”

As for water, he added, “95 percent of potable water has been restored to the eastern zone, 100 percent to the central zone, and our Water and Sewerage team continues to work arduously to restore water services to the western zone.”

In response to a query from the Beacon, State Department Press Officer Kevin Brosnahan e-mailed on Friday, “The travel advisory for the British Virgin Islands remains Level Three — reconsider travel due to the aftermath of Hurricane Irma.”

However, yesterday he e-mailed again that some ratings, including the VI’s, had been updated Tuesday to Level One, meaning, “exercise normal precautions.”

On Friday, he wrote, “The Department of State has no greater responsibility than the safety and security of US citizens overseas. Part of that responsibility is providing information to help US citizens make informed decisions about traveling abroad.”

He added that the advisories can change at any time as the department receives new information.

“We have made improvements to our communications with US citizen travellers to provide clear, timely and reliable safety and security information worldwide,” he wrote.

The advisory warning at the start of the year came hand-in-hand with an overhauled US travel warning system. As of Jan. 10, every country has a travel advisory from one to four, with Level One advising travellers to “exercise normal precautions” and Level Four — a ranking assigned to countries including North Korea, Iran, Iraq and Afghanistan — meaning “do not travel” due to a “greater likelihood of life-threatening risks.”

Until Tuesday, the VI was rated Level Three, which advises travellers to “reconsider travel. Avoid travel due to serious risks to safety and security. “

Seven “established risk indicators,” designated by letters of the alphabet, explain the specific reason why the advisory was issued. These include natural disasters, crime, terrorism, civil unrest and others. The VI had received an “N,” which means “a natural disaster, or its aftermath, poses danger.”

Sylvia Moses, director of the territory’s International Affairs Secretariat, said Monday, “We’re in close contact with the US authorities to upgrade BVI’s travel advisory. We are hoping by the end of this week to have a positive response from them.”

Tourism Director Sharon Flax-Brutus, in response to a Facebook post on this issue, wrote “We are aware of the designation and have been working diligently with the Premier’s Office as well as the Governor’s Office for them to intercede with the US authorities. We know that contact has been made. We will continue to advocate.”

Mr. Brosnahan, the US press officer, said that while the department issues an overall travel advisory level for every country, “levels of advice may vary for specific locations or areas within a country.”

For instance, he said that while the level for the French West Indies is Level One, the level for St. Martin, which experienced severe damage from Hurricane Irma that leveled its airport and left 95 percent of its building damaged, is Level Three.

The island of Dominica was decimated by Hurricane Maria, with 90 percent of its buildings destroyed, according to the BBC. Until Tuesday, it was rated a Level Two, meaning visitors should “exercise increased caution,” but like the VI it was changed to Level One on Tuesday.

The advisory had said that Dominica “continues to rebuild,” and that “electricity is restored to the capital and other populated areas, but many areas remain without electricity. Roads are clear with ongoing repairs.”

On March 24, the Caribbean Development Bank announced a grant of $16 million to the country to help restore its electricity grid.

Antigua and Barbuda, which also was hit hard by Hurricane Irma, had been rated Level One. However, the page for the island of Barbuda itself reads, “Local government officials mandated the evacuation of the island’s residents to Antigua, and few have returned. Much of Barbuda’s infrastructure was destroyed; electricity and running water have yet to be restored.”

Barbuda was rated Level Four, meaning “Do not travel.”

The USVI and Puerto Rico also continue to recover from hurricane damage, but since they are US territories they are not listed on the site.

The page has since been revised to advise travellers to “exercise a high degree of caution” when travelling to the VI.

The Dutch government is still advising citizens to avoid unnecessary travel to the territory. In November, Germany also had a warning, but it appears to have been removed from the website that previously advertised it.

BVI Tourist Board Marketing Manager Keith Dawson said in November that the BVITB was advocating to have some of those advisories lifted. He added this week that while the US advisory was a major concern, “It’s more of a state matter.”

He explained the BVITB had been working with Ms. Moses and the Governor’s Office to communicate with the US.

“We have been lobbying from our standpoint to get updated reports to those state bodies in the US in particular, because we believe that with the updated information they would most likely reconsider what they have,” he said.

Disney Cruise Line will continue to reroute its ships away from Tortola until June, according to a letter sent to customers last month, and Norwegian said this week that it will not return until ”later in the year.”

Disney had announced in December that in the aftermath of Hurricane Irma, the Disney Fantasy would visit St. Maarten instead of Tortola. The Fantasy’s first trip back was scheduled to be April 7. However, on March 13, the company announced that it would stay away from Tortola for an additional month.

Shortly after Irma, Norwegian announced that it ships would be routed away from the VI and the rest of the region, instead following a western Caribbean itinerary at least through 2017. According to the itinerary at Crew-Center.com, the Norwegian Getaway had been scheduled to return to Tortola next week, but an NCL spokeswoman contacted by the Beacon said, “At this time, Norwegian will not be returning to Tortola, BVI until later in the year.”

“It was recognised that BVI was one of the most important destinations for Disney in the Caribbean, but what they also say is that it is important for BVI to be at a certain standard,” he said, saying that beaches, roads and other infrastructure need to be safe in order to meet Disney’s “high standard.”

“These are things that we are working on to put in place so that visitors, whether they come from Disney or Norwegian, … enjoy their stay,” he said.

Asked when this might happen, he said, “I wish we could get there tomorrow, … but that is a matter dealt with by the Ministry of Communications [and Works] and they are working assiduously to have everything in place for their return.”