Kenneth Mapp, governor of the United States Virgin Islands, said during a visit Tuesday that hurricane recovery here “is, in some instances, slow.” “There are limited external resources coming to …

END_OF_DOCUMENT_TOKEN_TO_BE_REPLACED 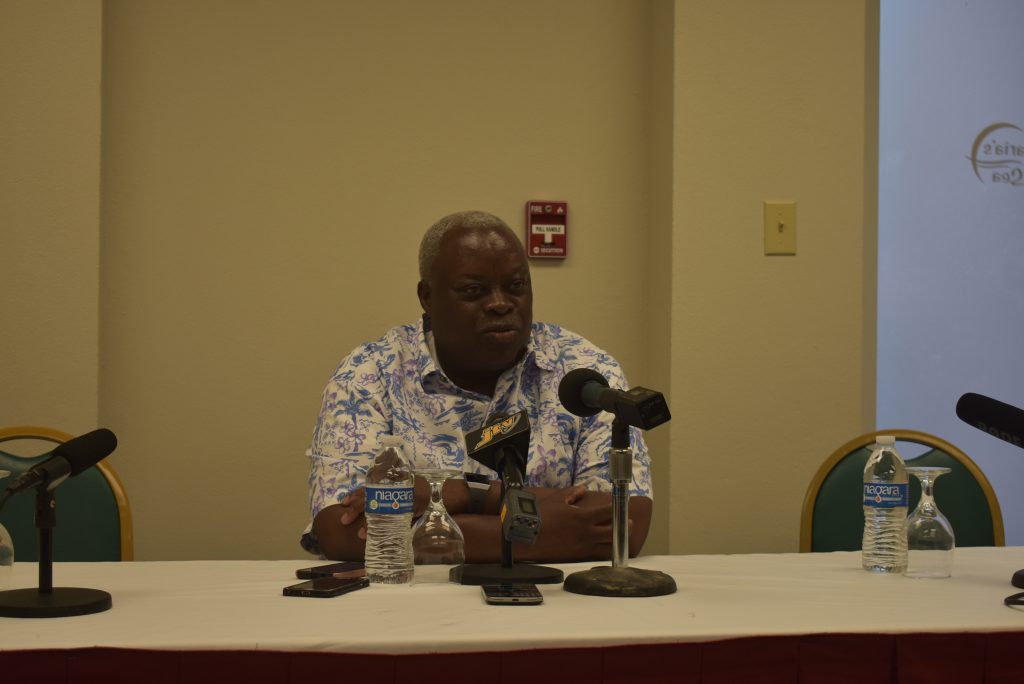 Kenneth Mapp, governor of the United States Virgin Islands, said during a visit Tuesday that hurricane recovery here “is, in some instances, slow.”

“There are limited external resources coming to the BVI from the national government, as opposed to how our government responds on the US side,” he explained during a press conference Tuesday at Maria’s by the Sea.

Mr. Mapp also reiterated his territory’s support for a neighbour with which he has traditionally shared strong ties, recalling that while viewing the damage by air after Hurricane Irma, he asked his pilot also to fly over this territory.

“He had to decline my request as it’s two sovereign governments and we would need to have had clearance for a US military aircraft to enter into BVI airspace and do the overview,” he said.

During Tuesday’s visit, he spoke with both Governor Gus Jaspert and Premier Dr. Orlando Smith about their recovery efforts. Asked whether his government could be doing more to aid this territory, he said the short answer is “yes.”

“However, can I take federal assets that I receive from the US government for the recovery and transpose them to the British Virgin Islands?” he asked rhetorically. “The answer is no, and the US government has been very, very clear on that point.”

He noted the firefighting equipment and resources provided by his territory to fight the recent trash fires here, and also praised the numerous St. Croix residents who sailed nearly 100 miles to Tortola after Irma in an attempt t evacuate family and friends, even though his government had to step in to prevent foreigners from entering.

“These folks would have no access to immigration clearance,” he said, adding that the would-be rescuers risked running afoul of US federal trafficking laws.

Mr. Mapp, who arrived at the hotel with an entourage of people wearing campaign t-shirts, is in the midst of a reelection battle.

The first-term governor did not deny that his visit was related to the elections looming in his home territory on Nov. 6.

“If you want to characterise it as such, I am here because there are a number of folks in the British Virgin Islands who have always supported me, and I advertise here,” he admitted.

Later, the governor also discussed ideas to partner with this territory to promote tourism. To that end, USVI plans include expanding the Cyril E. King International Airport in order to cut down on wait times, and allowing customs officials to board Tortola-bound ferries in order to expedite the process.

He emphasised the close familial ties the two territories have traditionally shared, and noted that his maternal grandmother was born on Jost Van Dyke, calling the region one territory ”separated by two flags.”