The University of the West Indies Open Campus at Paraquita Bay celebrated the graduation of its first Virgin Islander earning a doctorate degree last Thursday afternoon. Susan Frett-Potter was recognised …

END_OF_DOCUMENT_TOKEN_TO_BE_REPLACED 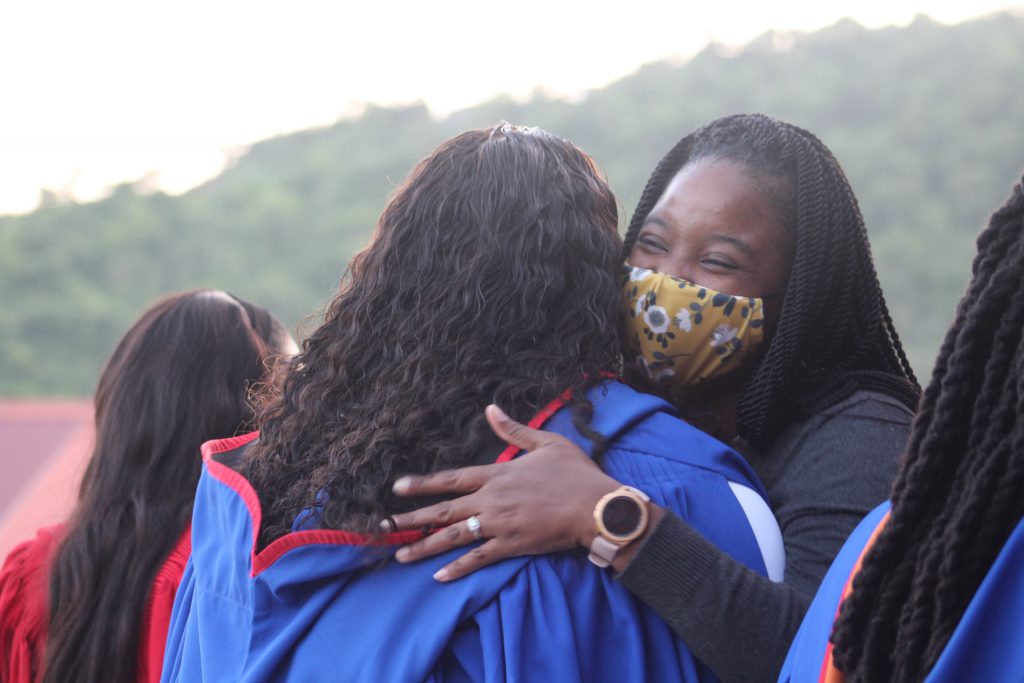 The University of the West Indies Open Campus at Paraquita Bay celebrated the graduation of its first Virgin Islander earning a doctorate degree last Thursday afternoon.

Susan Frett-Potter was recognised for earning a doctorate of educational leadership during a recognition ceremony for ten graduates.

Seven of them graduated from the UWI Open Campus, the other three from the university’s campuses in Cave Hill, Barbados and Mona, Jamaica.

“We do a graduate recognition ceremony every year,” Dr. Phyllis Fleming-Banks, manager for the British Overseas Territories’ Open Campuses, told the Beacon on Monday. “We include any local graduates from other campuses. We would bring all of them together. That allows families to see them in their gowns.”

A separate graduation ceremony was held virtually on Oct. 16 with all the UWI graduates. Though Ms. Frett-Potter and two other graduates were unable to attend the recognition ceremony last Thursday, their names were still called out.

The ceremony in Paraquita Bay was held in a room decorated with blue-and-orange balloons and ribbons.

The graduates entered in a traditional procession before taking their seats in a socially distanced arrangement.

Dr. Soomer told the graduates she was proud that they chose to complete their degrees in the regional campus.

“You chose to attend a university developed for our region by our region,” she said. “I know that it was hard work.”

The students agreed when she said that, letting out a laugh when Dr. Soomer told them, “I understand.”

“This region has always produced the best,” she added.“I encourage you to be part of the development of the community.”

“It is estimated that in our region the poorest 50 percent of the population only represent 25 percent of tertiary-educated students,” she said. “Yet tertiary education is necessary for the development of knowledge, equity and equality in any community.”

Dr. Soomer finished her addressed by encouraging the students to “move.”

She is currently in the territory working on the National Sustainable Development Plan as a consultant for the United Nations Economic Commission for Latin America and the Caribbean.

Near the end of the ceremony, three graduates addressed attendees and shared their own experiences.

Khyra Lyzette-Powell, who earned a bachelor of laws from the Mona Campus, thanked her mother for supporting her education.

“From tuition and housing to groceries and an Amazon addiction, disappointing you was never an option, and for that this degree is for you,” she said.

She also congratulated her peers and encouraged them to follow their dreams.

Sade’ Piper and Mornel Horne graduated from the Cave Hill Campus, with a BS in law and in trade policy, respectively.

UWI was established in Jamaica in 1948 and now has five campuses and 10 global centres with some 45,000 students. The public university is operated by the governments of the Caribbean Community and offers more than 800 certificates, diplomas and degrees.

Rather than building brick-and-mortar schools in all the nations of the Caribbean, it set up systems to offer remote classes. This allowed students to continue to juggle responsibilities of work or family while earning a degree, Dr. Fleming-Banks said.

The VI has had a UWI representative in the territory since the 1980s, when UWI operated in Road Town.

In the 1990s, the university moved to the H. Lavity Stoutt Community College’s Paraquita Bay campus, where a centre was built on land leased from the government, Dr. Fleming-Banks said.

In 2008, Caricom coined the term “Open Campus” for sites like the one in the VI that offer virtual classes.