The Covid-19 vaccine programme that launched last month has temporarily halted after administering 4,500 doses, in order to guarantee that vaccinated residents will receive their second doses in a timely …

END_OF_DOCUMENT_TOKEN_TO_BE_REPLACED 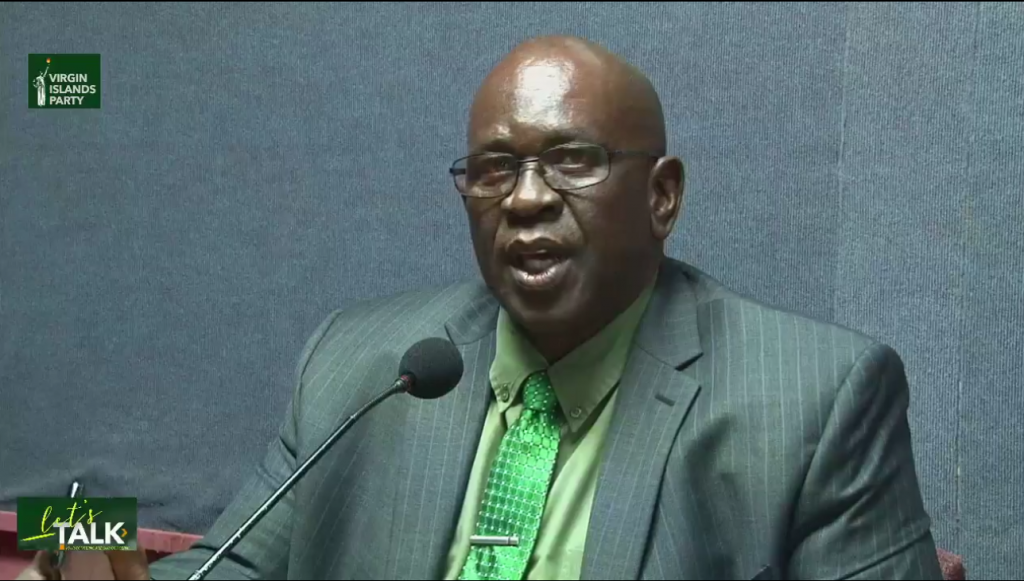 The Covid-19 vaccine programme that launched last month has temporarily halted after administering 4,500 doses, in order to guarantee that vaccinated residents will receive their second doses in a timely manner, Health and Social Development Minister Carvin Malone announced on Tuesday, March 2 during the Virgin Islands Party’s “Let’s Talk” radio show.

The second shipment of 8,000 doses of the AstraZeneca vaccine was delayed from its original delivery date of March 3, and even though it’s now due in the territory on March 17, Mr. Malone explained, the ministry decided to err on the side of caution in order to avoid wasting doses and risking elderly patients missing the second dose, which has been shown to have an effectiveness rate of up to 82 percent when it comes to reducing severe illness.

Mr. Malone added that his ministry has been “encouraged to continue to roll it out, but the fact remains that if it is not here, then we would be breaking that promise that we’ve made.”

He acknowledged that the expected delivery date of the next shipment is well within the 12- week period recommended for administering the second jab, but “at the end of the day, we know that there are issues on hand when it comes to the AstraZeneca supply chain. There are challenges, and we do not want to fall into the particular situation where when the second dose is called upon anyone who received it, that they don’t have it.”

There is also a danger of wasting doses if they cannot be used within a limited timeframe of being opened, he said.

“We have 800 vials; it was estimated that each of those will produce 10 doses, but [if the open vials] could not be dispersed within the six-hour period, then that would not be able to be given to anyone,” Mr. Malone explained.

With 11 vials reserved from the first round of vaccines — four on Tortola and some on Jost Van Dyke and Anegada — the ministry said it would direct doses to “the elderly, those persons who [we have to identify] because we didn’t expect them to walk towards us,” Mr. Malone said. “But we cannot leave them out.”

On Tuesday, though vaccine centres throughout the VI were open, patients on social media reported being turned away by nurses mid-day and being told that there were no more available doses.

They won’t have too much longer to wait, according to Mr. Malone.

“So we made a promise to everyone [who has] taken them that we would have the second dose reserved,” Mr. Malone explained. “When the other shipment arrives, we will then disperse. And we will continue in that regard, so that anyone taking [the first dose] would not risk for any reason [the second dose not] being done.”

However, he expressed confidence that all future shipments would arrive in a timely manner.

With 8,000 more doses from the United Kingdom on the way and others set to arrive after that, government is looking at a six-month period for rolling out the doses. Vaccinating around 70 percent of the population will be key to loosening arrival protocols, opening borders, and boosting the lagging tourism economy, Dr. Georges has said.

Mr. Malone reiterated the importance of the vaccinations on Tuesday.

“We have always said that the vaccination programme is critical to what we have to do,” he explained. “We have to reach to where 70, 75, 80 percent of the population is vaccinated.”

He added that the VI, after briefly being able to boast of zero known active Covid-19 cases as of Feb. 22, now has a new case, discovered on a day zero entry test.

That brings the total to 24,487 samples taken, leading to the discovery of 154 cases for all time, one death and 152 recovered.