Mark Vanterpool last week reversed his decision to resign from his position as Fourth District representative, spurring a spat with newly elected Speaker of the House Julian Willock and throwing …

END_OF_DOCUMENT_TOKEN_TO_BE_REPLACED 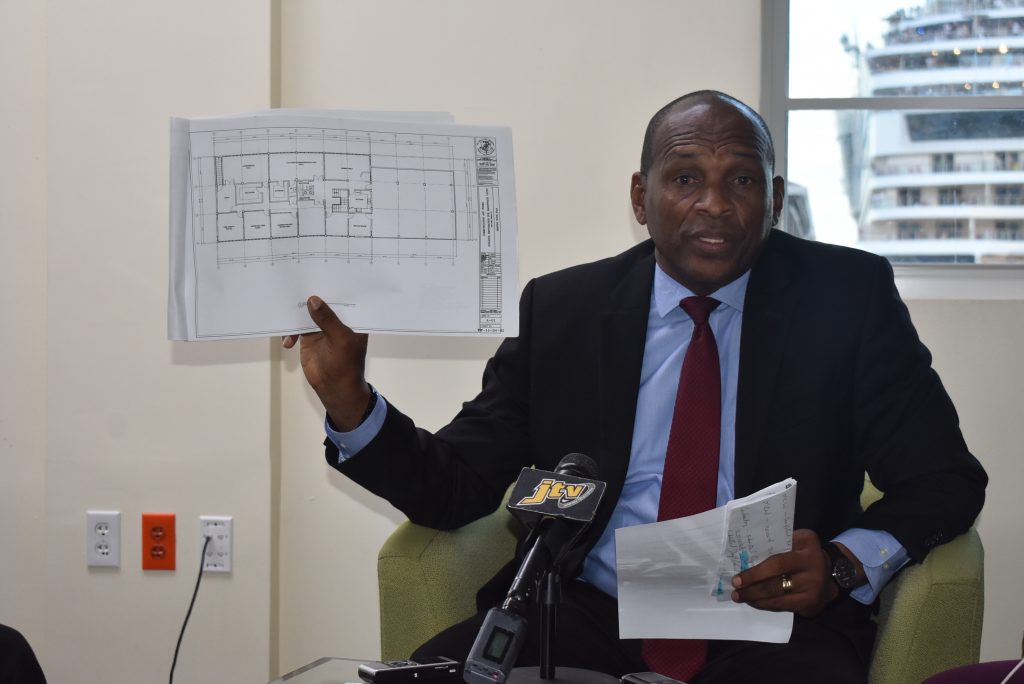 Mark Vanterpool announced on March 14 that he no longer wished to resign for “personal reasons” as he said in a March 5 press release. (Photo: CLAIRE SHEFCHIK)

Mark Vanterpool last week reversed his decision to resign from his position as Fourth District representative, spurring a spat with newly elected Speaker of the House Julian Willock and throwing into question the future of the district’s representation.

But then in a video published on his Facebook page on March 14 — two days after the new members of the House of Assembly and Mr. Willock were sworn in — he said that he wished to retain his seat in the HOA.

“In spite of my desire to resign as I previously stated for personal reasons, I have listened to your calls and concerns and wish to put those personal reasons aside,” he said in the video.

“In the best interests of my country, I have made the decision to continue to represent you in the House of Assembly as you were so kind to re-elect me in the 2019 general elections. Please accept my apologies for any confusion or inconvenience that I have caused.”

He also stated in his video that his March 5 resignation — which was submitted before Mr. Willock took office — was considered invalid because it was addressed to the clerk of the House of Assembly instead of to the speaker, as required by law.

He went on to say that the clerk wrote to him on March 13 requesting that he address his letter to Mr. Willock.

Mr. Vanterpool said in his video that Mr. Willock, a Virgin Islands Party member, wrote him a letter dated March 13, which he received the next day.

Mr. Willock’s letter, he said, stated that the resignation had to be addressed to the speaker, but it also accepted his resignation.

Mr. Vanterpool added that he had written a letter to Mr. Willock saying that he wished to be sworn in as representative for the Fourth District.

Mr. Willock stated in a press release on March 14 that his acceptance of Mr. Vanterpool’s resignation paved the way for a by-election.

He told the Beacon on Monday, “I have no update from my last position.”

He added, “There’s a letter at the office waiting for me from Mr. Vanterpool,” but did not comment further on the matter.

Governor Gus Jaspert released a statement on March 6 stating that Mr. Vanterpool had informed him of “his intention to relinquish his member-elect status.”

The statement added that if a seat in the HOA were to be vacant when it convenes, a by-election would need to be held.

But in a press conference on Friday, Mr. Jaspert said that he had not received the formal notification that he would need to move forward with a by-election.

In order to move forward, he said that a seat would first need to become vacant in the HOA, and he would then typically be notified of the vacancy by the speaker before issuing the writ for a by-election.

He added that Mr. Vanterpool discussed the issue with him on March 14.

“The attorney general is looking at this issue, will look at the Constitution and the laws of the territory, and will advise me accordingly,” the governor said.

The next HOA sitting is scheduled for April 2.

Meanwhile, the VIP is already moving forward with plans for a by-election.

Premier Andrew Fahie announced that Luce Hodge-Smith would be the VIP’s pick for a D-4 by-election, a district she lost by 57 votes to Mr. Vanterpool in the Feb. 25 general election.