Since the Gen Y Factor singing contest began in 2016, no sister island resident had ever won it. That changed on Saturday night at H. Lavity Stoutt Community College, when …

END_OF_DOCUMENT_TOKEN_TO_BE_REPLACED 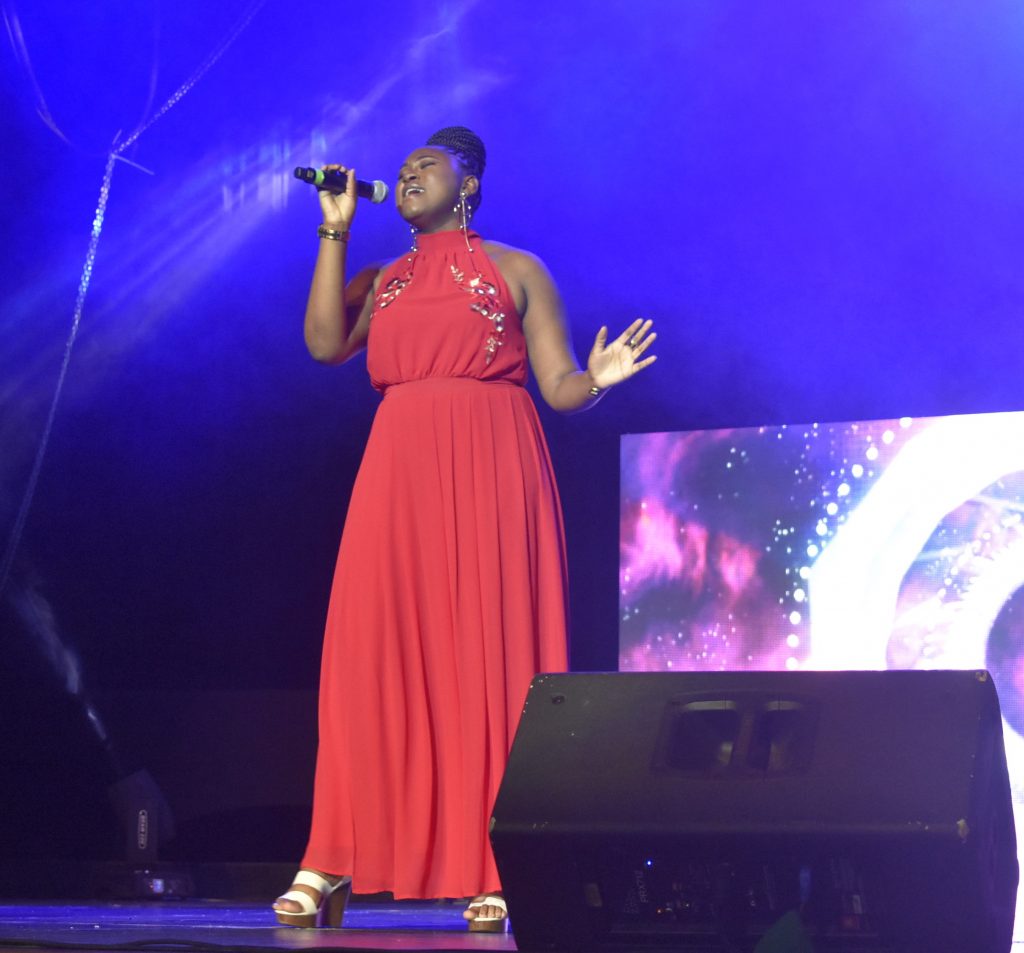 Since the Gen Y Factor singing contest began in 2016, no sister island resident had ever won it.

After she already won the awards for best “power” and “groovy” performances, the music reached a crescendo and the crowd roared as she was announced the overall winner.

Ms. Pryce fell to her knees and cried while her fellow contestants crouched down around her.

“I love to sing because it is my passion and I believe it is God-given,” she said in a short introduction video before her second performance of the night.

All five performers had advanced to the final by beating out five other competitors at a semi-final event on July 1.

These singers were not the only ones providing the evening’s entertainment.

The ESHS cheerleading team took the stage before the contest began; last year’s winner Dwight Hutchinson performed a lively interlude before the second round of judging; and emcee Kareem-Nelson Hull kept the show rolling.

Despite restricted attendance in light of the threat from Covid-19, the crowd of about 100 people was lively all night, as airhorns blasted, pom-poms waved, and applause sounded after each performance.

Online, at least 6,000 people tuned in to the show, which was broadcast live on the Department of Youth Affairs and Sports Facebook page.

Each contestant delivered two performances. After each, a panel of five judges critiqued and applauded the contestant, while a separate group of evaluators assessed various criteria: vocal quality and technique, pronunciation, stage presence, interpretation and originality, and overall execution.

Ms. Pickering kicked off the show with a rendition of Aretha Franklin’s 1967 hit “Respect.” Dressed in a shining gold shirt and black pants by Petra’s Glamourous Fashion, the contestant strutted back and forth across the stage, holding the microphone out to the crowd to repeat the song’s titular refrain.

After she sang, the judges praised her stage presence, but they pushed her to make more use of her facial expressions to convey the song’s emotion.

“You can definitely see that your voice is amazing, … but you have not commanded the song,” said judge Akim Johnson, a musician and steel pan band leader. “Your face was blank, so you weren’t making me believe you wanted respect.”

Next up was Ms. Pollock, another Virgin Gorda resident who also selected a soulful pop classic, with “I Want you Back” by the Jackson 5.

A large Virgin Gorda contingent came to support Mses. Pollock and Pryce, and cheers rang out after Mr. Hull asked, “So, wait, Virgin Gorda’s in the house tonight?”

Mr. Hull joked, “I thought they said the border was closed.”

After Ms. Pollock’s opening song, Ian Nathaniel, music director at New Life Baptist Church, critiqued her intonation and questioned whether she had chosen the best song for a first impression to the audience and judges.

However, Mr. Nathaniel felt that Ms. Pollock became more confident as her song went on. “Overall, I’d say it was a good performance,” he said, adding, “Just keeping pushing.”

Almost all of the judges said they saw significant improvement in her second performance.

The judges also felt that Ms. Ramsarran seemed to struggle a bit in the first round, but agreed that she found her footing when she sang “Reflection” from the Disney film Mulan.

But after Ms. Pryce’s first performance of “Titanium” by David Guetta, the judges were universally impressed.

“That was extraordinary,” said Deanna Wattley, eliciting cheers from the crowd.