Although the Virgin Islands topped the Tax Justice Network’s “Corporate Tax Haven Index” for the second time in a row, BVI Finance swiftly struck back against the ranking, calling the …

END_OF_DOCUMENT_TOKEN_TO_BE_REPLACED 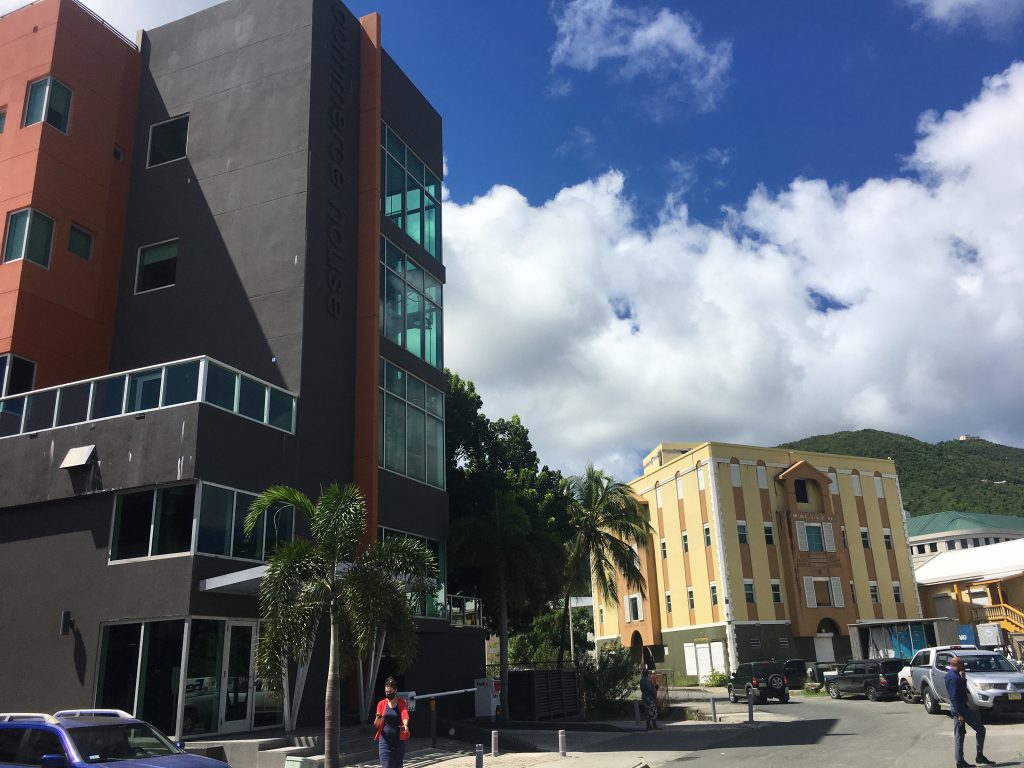 Although the Virgin Islands topped the Tax Justice Network’s “Corporate Tax Haven Index” for the second time in a row, BVI Finance swiftly struck back against the ranking, calling the international advocacy organisation’s index “both skewed and flawed” in its methodology.

The index released this month — which the TJN compiled for the first time in 2019 — is a ranking of jurisdictions “most complicit in helping multinational corporations underpay corporate income tax,” the report alleged. 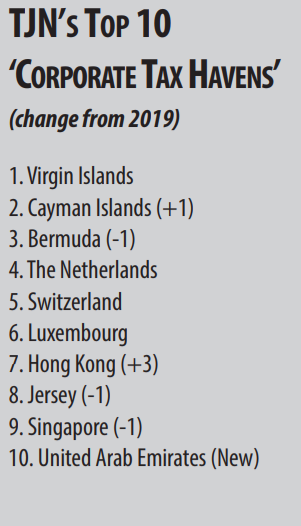 The Cayman Islands and Bermuda, which swapped places from 2019, rounded out the top three jurisdictions on the list. BVI Finance CEO Elise Donovan, however, said the methodology sets up successful international financial centres like the VI to fail.

“By giving the highest ranking to zero-tax jurisdictions (the ‘Haven Score’) that also act as major financial hubs for crossborder investment (‘Global Scale Weight’), the methodology of the index is deliberately skewed against international financial centres like the BVI,” Ms. Donovan said last week. “By including only cross-border
flows, TJN assumes that domestic financial arrangements cannot be abusive, and so makes the index inherently biased against
international financial centres that cater for international markets.”

Due to this bias, she claimed, countries whose financial sectors cater primarily for domestic clients — such as Germany, China and the United States, none of which were listed in the top 10 — escape scot-free.

Ms. Donovan pointed out that the VI has signed tax information exchange agreements with 28 countries; was an early adopter of the Common Reporting Standard in tax matters; and has been whitelisted by the European Union.

“Whilst the index has received attention in the media, its conclusions have not been acknowledged or recognised by any international standard setter or regulator,” Ms. Donovan added.

The “Corporate Tax Haven Index Value” that the TJN uses to rank jurisdictions is calculated by combining two factors, the organisation explained: a jurisdiction’s “Haven Score” and
“Global Scale Weight.”

However, Ms. Donovan said the “double tax treaty aggressiveness” category is unfair because  the VI, which “has no meaningful DTA’s with any jurisdiction,” still received a score of 100.

The VI received the highest possible Haven Score of 100 and a Global Scale Weight of 2.3 percent, for a total corporate tax haven index value of 2,854, an increase of 85 points over its value in 2019. Its Global Scale Weight slightly increased since 2019, when it was 2.1 percent.

The Global Scale Weight is a measure of how much financial activity is hosted from multinational corporations,
using data provided by the International Monetary Fund.

By using this method, the TJN argues that its ranking is more accurate than conventional blacklists such as the European Union’s, which has received criticism for focusing on small jurisdictions with tiny financial services sectors and minimal global impact.

“By taking a jurisdiction’s Global Scale Weight into account when assessing its role in enabling multinational corporations to underpay tax, the Corporate Tax Haven Index goes beyond other tax haven blacklists by evaluating how much corporate tax abuse jurisdictions enable in practice, not just on paper,” the organisation stated.

For instance, Anguilla, which is one of the 12 countries blacklisted by the EU, ranked just 39th on the Corporate Tax Haven Index.

Though it received a Haven Score of 100, meaning it allowed “unrestrained scope for corporate tax abuse,” its very small fraction of the foreign direct investment resulted in the relatively low overall ranking.

In describing the conclusions of the 2021 index, the TJN pointed a finger at the Organisation for Economic Cooperation and Development, one of the world’s leading organisations claiming to promote responsible tax practices.

“The index documents the ways in which global corporate tax rules set by the OECD failed to detect and prevent corporate tax abuse enabled by the OECD’s own member countries — and in some cases, pushed countries to roll back their tax transparency,” the TJN wrote.

Another British overseas territory, the Cayman Islands, moved up from third to second in 2021.

While its Haven Score already ranked 100, like the VI it “increased the volume of financial activity it hosts from multinational corporations by nearly 15 percent, thus increasing the global role it plays in enabling profit shifting,” according to the
network.

Additionally, the United Arab Emirates moved into the top 10 for the first time, edging out the Bahamas.

The jump was sparked by more than $218 billion of foreign direct investment rerouted to the Middle Eastern country from the Netherlands in the past year, the network said.