As the August Emancipation Festival season fast approaches, Virgin Islands residents are showing their support for nearby celebrations as well. The 65th St. John Festival last Thursday saw an influx …

END_OF_DOCUMENT_TOKEN_TO_BE_REPLACED 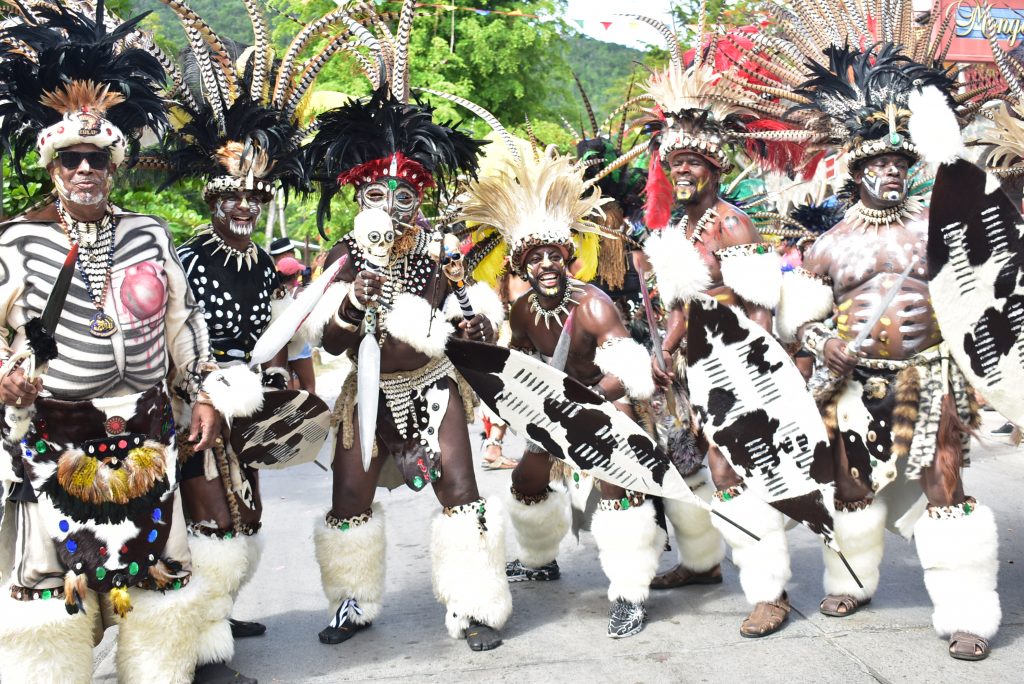 Members of the Zulu Troupe at the St. John Festival Parade on July 4 pose for pictures along the parade route. It was the 65th festival and may be the last one independently run by the island’s people. (Photo: ZARRIN TASNIM AHMED)

As the August Emancipation Festival season fast approaches, Virgin Islands residents are showing their support for nearby celebrations as well.

The 65th St. John Festival last Thursday saw an influx of visitors from this territory, according to event chairwoman Leona Smith.

“Once you have the Tortola bands perform, you have all the support come down,” she said.

Dante “Pascal” Wattley, the lead singer of VI band OMG, said this was evident during the opening of the St. John Festival Village, where the band performed.

“On that night that we per- formed at the village, a lot of people came from Tortola,” he said. “It was packed. It was one of the biggest nights.”

This is the fourth straight year OMG has performed for the festival, according to Mr. Wattley, and this year the band was invited to play during the island’s j’ouvert as well.

“It’s just about bridging the gap between British and the US and trying to unify for the carnival,” Mr. Wattley explained.

Usually, performers need to procure a work visa for the festival, but Ms. Smith said each year the organising committee requests that VI artists be ex- empt and only be required to provide a passport.

“We have international bands playing,” she said. “Being that Tortola is right next door to us, just a stone’s throw, we ask to allow them to perform. Bands from other places like Trinidad need visas.”

Prior to hurricanes Irma and Maria, St. John had its own Customs and Border Protection station as well as a direct ferry service to and from Tortola. That office is currently being rebuilt and Ms. Smith hopes its completion will soon encourage the return of international ferries.

Despite the glaring heat of the day, the Fourth of July parade drew hundreds of visitors to St. John and showcased several pageant winners, the Love City Pan Dragons, a parade of cars, and several troupes.

What started off as a single-day event has become a nearly month-long celebration on the island. Events this year included pageants, concerts, food fairs, a “pan-o-rama” and boat races.

Ms. Smith said that all the past and present board members of the St. John Festival were honoured, because for the past 65 years the event has been solely run by the island’s residents.

Next year, however, the St. John, St. Croix and St. Thomas festivals will all be coordinated by the USVI Department of Tourism, she ex- plained, adding that it’s unclear if the lineup will remain the same.

Here in the VI, the road to festival is a short one.