A Virgin Islands court has frozen shares in two hotels belonging to Pakistan’s national airline in one of the highest-dollar cases ever mediated through the territory’s courts. The order may …

END_OF_DOCUMENT_TOKEN_TO_BE_REPLACED 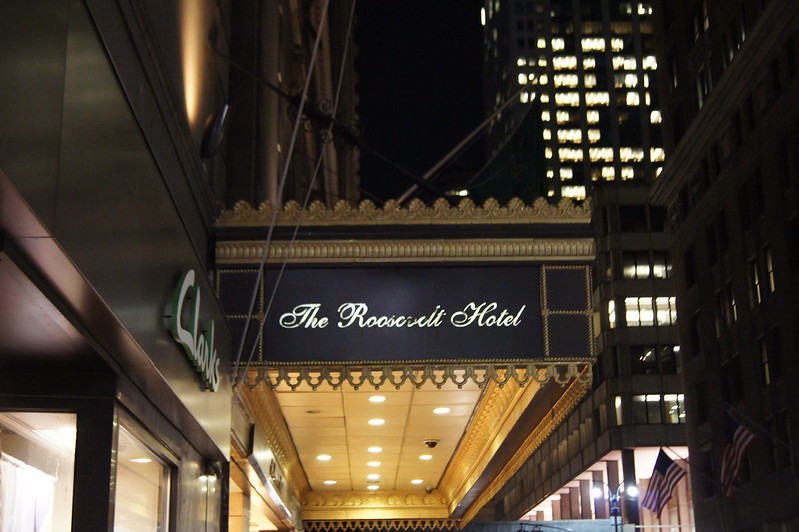 The Roosevelt Hotel in Manhattan, an asset owned by a Pakistani governmental entity, was frozen, then unfrozen, by VI courts. (File photo: ENRIQUE VASQUEZ/CREATIVE COMMONS)

A Virgin Islands court has frozen shares in two hotels belonging to Pakistan’s national airline in one of the highest-dollar cases ever mediated through the territory’s courts. The order may soon put to the test a new
VI law designed to facilitate the recovery of assets hidden behind multiple companies.

Late last month, the VI Commercial Court, at the request of an Australian mining venture seeking to enforce a $6 billion award levied through the World Bank’s International Centre for Settlement of Investment Disputes, issued an order allowing Australia’s Tethyan Copper Company to enforce up to $3.1 billion of the award. The award is the largest ICSID settlement yet, and among the largest-ever awards in the VI as well.

ICSID is an entity set up to mediate disputes involving direct foreign investment by developed countries in less-developed ones.

The case stems from a nearly decade-long dispute surrounding a licence from the Pakistani government granted to the Australian company to develop copper and gold mining ventures in the Balochistan region, one of the world’s largest untapped mineral deposits, according to court documents and news reports.

Last year, Pakistan agreed to pay damages of $5.84 billion to Tethyan Copper for blocking the permit after the company had sunk $220 million into the project, Reuters reported. Interest, damages and legal fees over the course of nearly a decade resulted in the massive award, court documents explained.
A subsequent discovery of facts turned up the hotels in question, which are split between two VI entities.

Subsequently, the court issued two orders: one allowing Tethyan Copper to enforce up to $3.1 billion of the award, and another freezing the shares in two VI companies — PIA Investments and PIA Hotels — owned by Pakistan International Airways, which is majority owned by the Pakistan government.
The order also froze the airline’s 40 percent interest in a third VI company, Minhal Incorporated.

The first two companies indirectly own the Roosevelt Hotel in Manhattan and the Scribe Hotel in central Paris, according to court documents.

The receiver, Paul Pretlove of VI firm Kalo Advisors, is tasked with ensuring the hotels are not sold at below market value and securing the proceeds of any sale that occurs, the documents explain.

Many jurisdictions have faced challenges enforcing awards when parties, including governments, hide behind multiple companies in an effort to avoid payment, using a technique known as “layered asset protection structures,” according to legal experts.

The VI’s Charging Orders Act 2020, which came into force last March, was an attempt to combat this practice, and the Tethyan case is set to put it to the test for the first time.

At the time the act was passed, then-Attorney General Baba Aziz explained the reason- ing behind it to the House of Assembly.

“Some judgment debtors seek to avoid the enforcement of judgments of the High Court,” he said, adding, “The enactment of this bill will demonstrate that the territory is not a haven for recalcitrant debtors and those who would seek to evade justice by means of, in part, the use of asset-protection structures.”

The court’s powers apply to foreign judgments and awards once they become enforceable as a VI judgment, which ensures that a local court can enforce a foreign judgment or award against assets under its jurisdiction, according to the text of the bill.

The value of the 1,000-room Roosevelt Hotel has been disputed, but it was valued at $1 billion when the PIA sought to sell it in 2007, court documents stated.

The hotel, which opened in 1924, closed last month after its
revenue was gutted by the Covid-19 pandemic.

Proponents of the Charging Orders Act have called the law timely because the VI has been looking to broaden its economic platform and build confidence in its marketplace. “As we move commerce forward in the Virgin Islands, I think that this is a mature step,” Health and Social Development Minister Carvin Malone said last year when the law was discussed in the HOA.

A hearing on Tethyan’s bid to make the charging order final
is scheduled for March.

In the VI proceedings, Tethyan is being represented by Gibson Dunn & Crutcher, Martin Kenney & Co., and Joshua Folkard of 4 New Square.