The Virgin Islands is home to idyllic scenery that can draw hundreds of thousands of tourists a year, coral reefs protecting coastlines from climate shocks, and terrestrial and marine plant …

END_OF_DOCUMENT_TOKEN_TO_BE_REPLACED 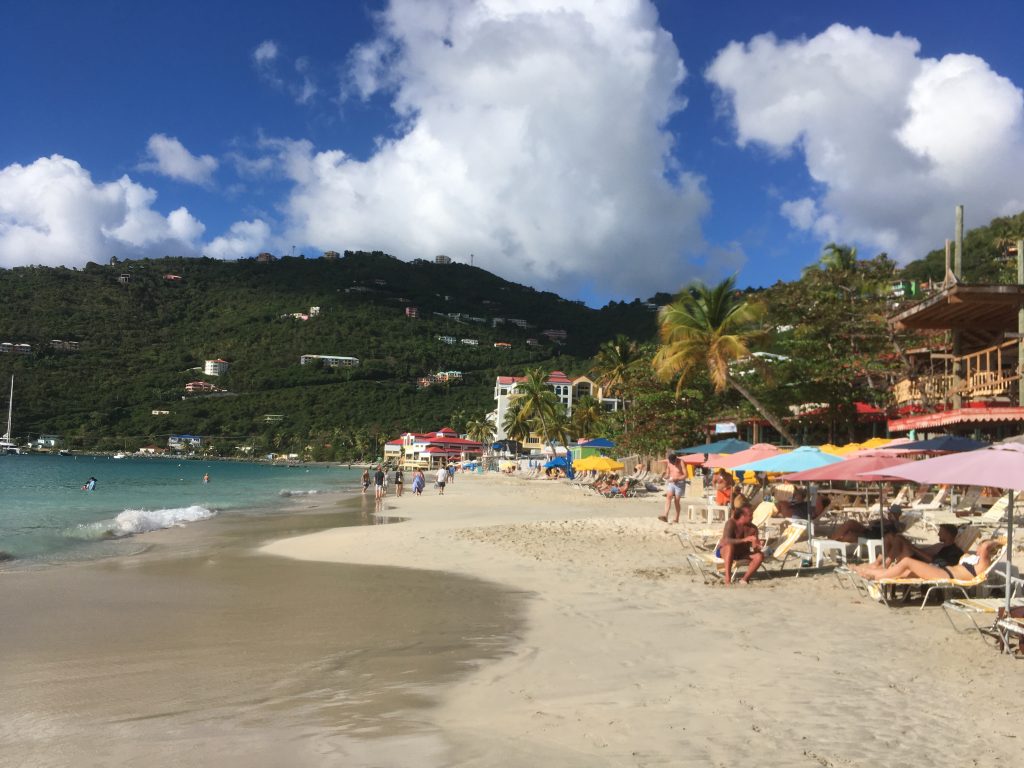 During a Friday press conference, United Kingdom consultants handed over to government a new report that provides a detailed valuation of the territory’s natural assets, in the hopes of informing laws that protect the territory’s environment. (Photo: JOEY WALDINGER)

The Virgin Islands is home to idyllic scenery that can draw hundreds of thousands of tourists a year, coral reefs protecting coastlines from climate shocks, and terrestrial and marine plant species sucking planet-warming carbon out of the air.

Taken together, such natural assets added “at least $93 million value to the [VI]” in 2020, according a report unveiled Friday that aims to guide policy decisions that safeguard the VI’s natural splendour.

“This report gives us some indicators and things we can look for, and to measure exactly [how] our environment is improving or degrading,” said Natural Resources, Labour and Immigration Minister Vincent Wheatley.

Funded by the United Kingdom’s Darwin Initiative and compiled by teams from the VI and the UK, the 2020 Ecosystem Account details which natural resources are most valuable and is envisioned as the beginning of an ongoing process in which the government tracks the economic value of the territory’s environment.

“As the accounts develop, they are something that should be updated annually,” said consultant Jake Kuyer, the reviewer of the final report, adding, “Much like something like [gross domestic product], you can track benefits over time, but also … people can engage with the tools, understand the value of the environment, and understand that this data is available to make more balanced … decision-making.”

After analysing data sets and studying the territory’s environs, the authors presented their findings in a way consistent with United Nations standards, according to the report.

The effort is part of a broader push by the UK to help its overseas territories gain a better understanding of their environmental assets.

So far, the UK firm Economics for the Environment Consultancy, known as “eftec,” and the British government advisory organisation Joint Nature Conservation Committee have helped execute ecosystem accounts in five OTs, according to the report.

This is not the first ecosystem account published in the VI.

In July 2021, the government published an ecosystem accounting report based on analysis conducted in 2019, though that document, at eight pages, is far slimmer than the 46-page report handed over to government on Friday.

The earlier report measured the value of the territory’s environmental assets that year at $125 million.

Though both reports were funded by the Darwin Initiative and prepared by eftec and JNCC, along with help from the NRLI Ministry and the Central Statistics Office, last year’s document also seems to have included input from the London-based New Economics Foundation, which was not listed as a contributor to the new report.

Neither the eftec representatives nor Mr. Wheatley addressed the earlier document during the Friday press conference or explained why an updated version was necessary, and attempts to reach Mr. Wheatley for follow-up comments were not successful by press time yesterday afternoon.

As the VI’s marine ecosystems cover more than eight times as much area as their terrestrial counterparts, it is perhaps unsurprising that the researchers found the territory’s most valuable ecosystems underwater.

Measured over the next 25 years, the report puts a roughly $1.3 billion valuation on the coastal protection provided by the territory’s reefs.

At the press conference, Mr. Kuyer said he knew that tourism brought a lot of money to the VI, but he was still surprised at how heavily it contributed to the territory’s wealth.

“To be able to start to measure that … and provide evidence for just how intricate that is, you start to understand that a big chunk of the economy and a big chunk is completely dependent on how that environment is managed,” said Mr. Kuyer, who is also the principal consultant at eftec.

Asked about how his government could use the information collected in the report to pass sound environmental policies, Mr. Wheatley said protecting mangroves was one of the first things that came to his mind.

He also said that the information collected in the report will help his government combat the degradation of the territory’s coral reefs, including by fighting stony coral tissue loss disease and monitoring the amount of sewage dumped into the ocean.

“We’re going to depend on this report to guide us in making those kinds of very difficult decisions,” Mr. Wheatley said.

Though government leaders have been promising a law that tackles the interconnected threats facing the VI’s environment for at least 15 years, no such legislation has yet been brought to the House of Assembly.

In its place stands a patchwork of largely outdated legislation and policies that address different aspects of the territory’s environment, while much of the work being done to replenish the VI’s mangrove nurseries or head off coral devastation has been funded by grants and spearheaded by local non-governmental organisations.

Mr. Wheatley is the latest government leader to promise a sweeping environmental law, and although Cabinet approved his Green Paper on the Proposed Environmental and Climate Adaptation Bill for public perusal in July 2019, the law has not yet been introduced in the House of Assembly.

Asked if the information laid out in the ecosystem accounting would pave the way for a permanent source of funding for mangrove regeneration, Mr. Wheatley said, “That would be a dream come true.”