Local News > VI has a lot to learn about insurance, says tribunal

VI has a lot to learn about insurance, says tribunal

After more than 50 claims have been filed with the insurance tribunal that government set up after Hurricane Irma, members of the body say that Virgin Islands residents have a …

END_OF_DOCUMENT_TOKEN_TO_BE_REPLACED 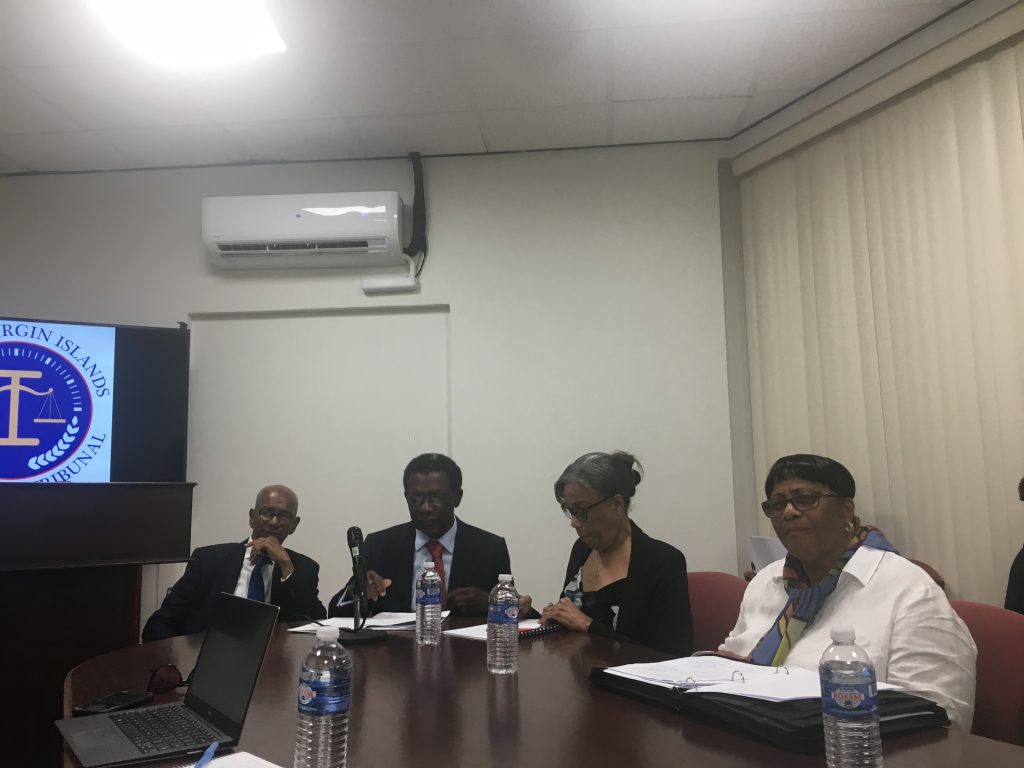 After more than 50 claims have been filed with the insurance tribunal that government set up after Hurricane Irma, members of the body say that Virgin Islands residents have a lot to learn.

“People need to be educated about insurance, and I think that’s where a lot of the problems came from,” said Violet Gaul, a real estate agent and member of the tribunal, which, besides Ms. Gaul and Chairman Jack Husbands, includes Eleanor Smith, Icis Malone and Everett O’Neal.

Ms. Gaul explained that under insurance — often a dirty word after Irma — applies if an owner insures a property for a portion of its value. It’s a standard clause in many insurance contracts — not a scam, as politicians on the campaign trail have occasionally claimed.

“There is a lot of ignorance all around,” Mr. Husbands explained. “Most people weren’t aware of underinsurance. [They] haven’t even heard the word.”

In addition, Ms. Gaul said, “a lot of times people don’t understand how deductibles are applied to a policy, and so that becomes a source of contention.”

Premier Dr. Orlando Smith said that shortly after the passage of Irma he set up meetings with the territory’s insurance providers to discuss the claims process, the timely resolution of claims, disparities in estimated costs of damages and settlements, the pricing of salvaged vehicles, and new increased premiums.

These discussions hatched the idea of the insurance tribunal, which has now settled 41 claims, according to Dr. Smith, who spoke to reporters alongside the members last Thursday in the Premier’s Office Conference Room.

“Even in those early days, we knew how challenging the road ahead would be and how important it was for residents and businesses to recoup the protection that insurance promised to provide its users, to help people rebuild their homes, restore office spaces and help us all to put our country back together,” the premier said.

Over a year later, the tribunal is preparing a report to hand over to the Financial Services Commission, which may contain recommendations about whether new legislation is needed to better inform consumers on underinsurance and other “fine-printed” policies.

Other topics the tribunal reported encountering included clients misdescribing premises, misunderstanding the concept of late renewal, or expecting the company to provide a grace period.

The committee reported no instances of outright fraud on the part of policyholders, as insurance companies have sometimes suggested. Rather, members said, the issue seems to centre around a lack of information.

The report might also address the speed of responding to claims, which Mr. Husbands said could have been faster after Irma.

“We’re not really happy with the length of time some claims took to be resolved,” he said. “Some insurance companies were better than others in responding.

“The question is as we go forward: … Should there be legislation
to require companies to bring these things to the attention of policyholders?”

As of the end of 2018, the tribunal had successfully processed 41 complaints out of a total of 55.

Of the remainder, six were dismissed or withdrawn, six are pending, one was incomplete and one was referred to arbitration.

The company with the largest number of complaints was NAGICO, with 41. Caribbean Insurers Limited had 11 complaints, Colonial Insurance had two, and the Insurance Company of the West Indies had one.

By and large, the chairman said, the complainants have been walking away satisfied.

The tribunal is not designed to be permanent, he added, but policyholders can still file claims.

“Our work continues,” he said.