Authorities at seaports, airports and health facilities are taking precautions in case the dangerous new strand of coronavirus arrives in the territory amid an outbreak that originated in China, Deputy …

END_OF_DOCUMENT_TOKEN_TO_BE_REPLACED 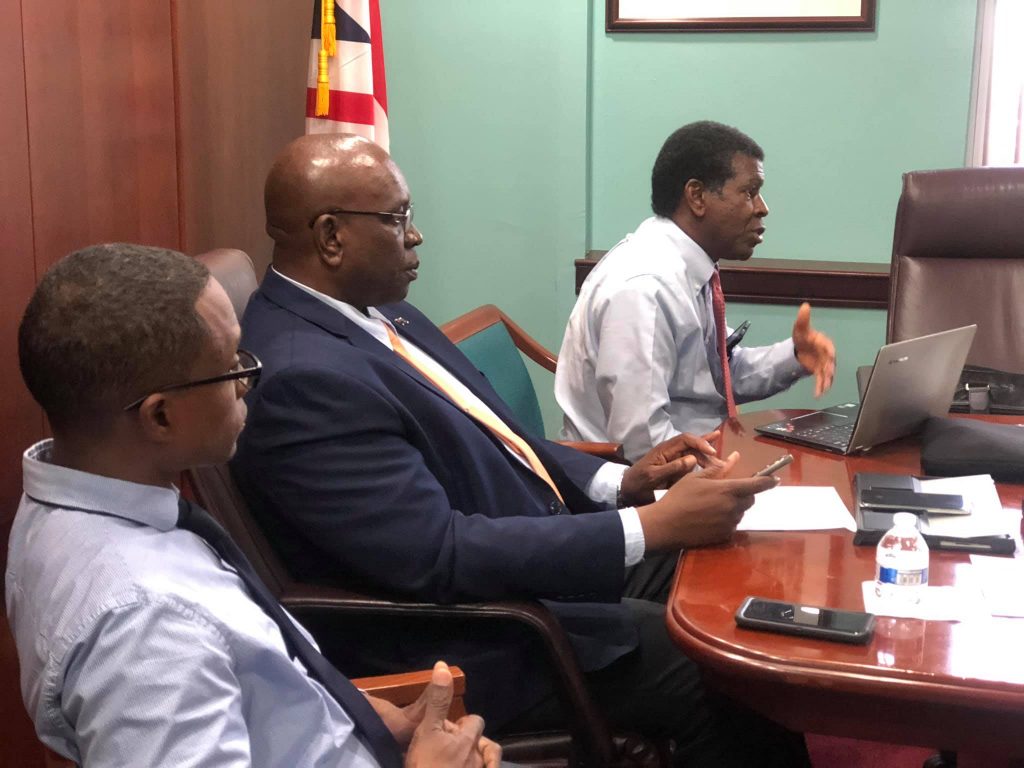 Authorities at seaports, airports and health facilities are taking precautions in case the dangerous new strand of coronavirus arrives in the territory amid an outbreak that originated in China, Deputy Premier Carvin Malone said during a community meeting last Thursday in Sea Cows Bay.

“At the end of the day, this is now a global issue,” said Mr. Malone, who is also the minister of health and social development. The outbreak, which is centred in Wuhan, China, hasn’t been confirmed in the Caribbean, but as of yesterday at least 26 countries had confirmed cases, including 11 in the United States and four in Canada.

Worldwide, nearly 25,000 people are known to have been infected — including more than 20,000 in China — and the virus’s death toll is at least 490, with some health officials saying the actual numbers are probably much higher.

The World Health Organisation, which has declared a public health emergency, is urging a coordinated international response, and Virgin Islands authorities said they are complying by working with the Caribbean Public Health Agency, the Pan American Health Organization and Public Health England in order to determine the best response here.

Mr. Malone said it was useful to bring together multiple authorities to decide how to proceed with all on the same page.

“The fact is, we have to work together,” Mr. Malone said. “This is not a ‘government initiative.’ This is you, this is me, because all of our health and wellbeing is involved in this.”

Mr. Malone also explained that the government is prepared to designate a quarantine area for anyone exhibiting flu-like symptoms who recently visited an area with documented cases of coronavirus.

This facility would either be in a fixed location in an existing building or in tents specifically designed to contain viruses, he said. The quarantine period for coronavirus is 14 days. 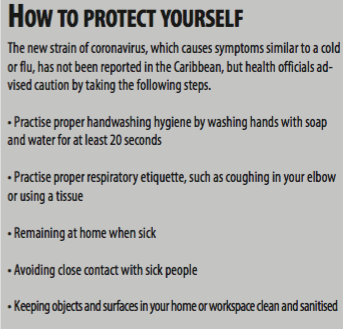 Mr. Malone also said workers at points of entry, including greeters, are receiving training about effectively managing ill passengers. He added that he had called for additional equipment, including thermometers, for such workers.

Two of the biggest challenges with addressing coronavirus at this point are that its symptoms closely mimic the common flu, and there is currently no cure, he explained.

However, Mr. Malone said public officers are taking extra steps in screening, and health workers are encouraged to use personal protective equipment, such as face masks and hazmat-type suits.

“Health workers are the most susceptible to the spread of this virus,” he said. “They are to make sure they are protected in every way.”

The minister also reminded residents this isn’t the first time government has taken such steps. In 2003, more than 5,000 people in mainland China contracted the severe acute respiratory syndrome known as SARS and almost 350 people died. Though SARS is a strand of coronavirus, the most recent outbreak is proving much more infectious.

“They’ve had to activate these measures before, so there is a protocol for how these are dealt with,” he said.

When some meeting attendees raised concerns about the cruise ships visiting Tortola, Mr. Malone responded that many ships have stricter regulations than the points of entry they visit.

An AIDA cruise ship was recently turned away from ports in St. Lucia and Dominica because of a coronavirus scare, but it was allowed to dock elsewhere after tests determined passengers were sick not with coronavirus but with the common flu.

However, two other cruise ships near Hong Kong and Japan have been quarantined with confirmed outbreaks of the virus.

Mr. Fraser also stressed the importance of not overlooking other illnesses amid the conversation about coronavirus. The United States Centers for Disease Control and Prevention estimates, for instance, there have been 19 million cases of flu this season, and some 10,000 people have died from it.

Mr. Malone encouraged residents to get a flu vaccination.

“The coronavirus is a disease of varying severity presenting with symptoms that can mirror the cold and flu in addition to more serious respiratory disease,” she said. “We want the public to take heed to the advice being shared, and of particular importance is proper handwashing; cough and respiratory etiquette.”

Anyone experiencing cold- and flu-like symptoms along with respiratory issues should seek medical attention, she added.

“We want you to call ahead if possible before going to the health centre,” Ms. Ravariere-Seaman said.

On Friday the government said the WHO’s International Health Regulations Emergency Committee was not recommending trade or travel restrictions.

On Tuesday, however, the Ministry of Health and Social Development issued a “health travel advisory” advising residents to avoid all “non-essential” travel to China and “other countries affected by” coronavirus.