Despite last year’s catastrophes, the local property market is doing well in terms of transactions, according to Paul Mellor, a senior associate at Harneys who specialises in property matters. “While …

END_OF_DOCUMENT_TOKEN_TO_BE_REPLACED 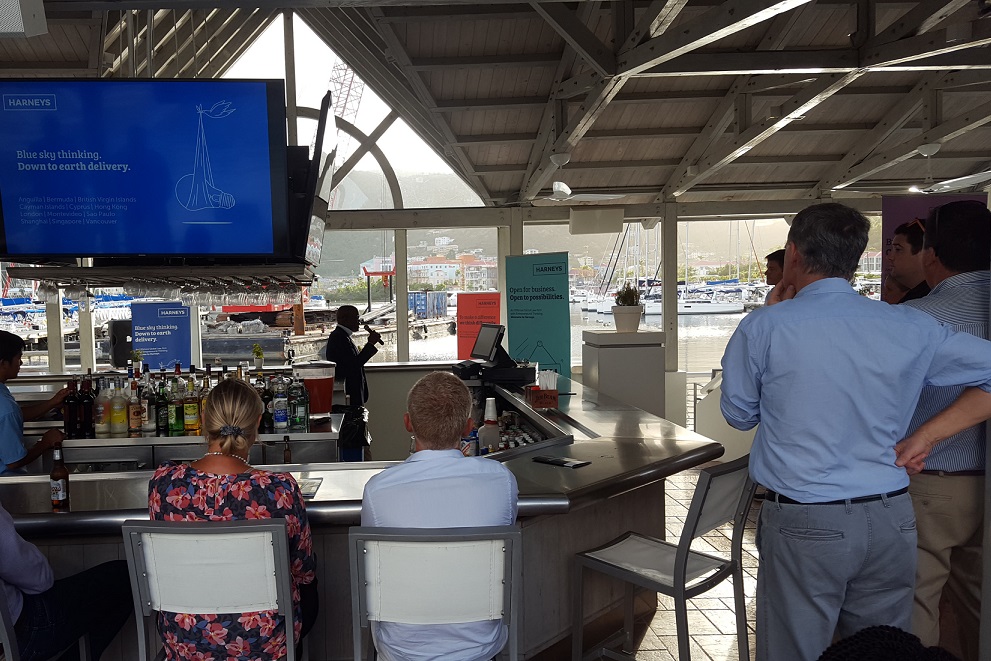 Harneys Partner Johann Henry speaks to a crowd at The Moorings on May 31. Harneys organised an event to discuss the property-buying process in the Virgin Islands. (Photo: CONOR KING DEVITT)

Despite last year’s catastrophes, the local property market is doing well in terms of transactions, according to Paul Mellor, a senior associate at Harneys who specialises in property matters.

“While the last three months of 2017 were pretty challenging from a property transaction perspective, with quite limited activity, the picture in the first five months of the year has been far more positive,” Mr. Mellor told a crowd at a Harneys cocktail event at The Moorings on May 31.

Mr. Mellor noted that both interest and the number of transactions were on the rise, with many buyers looking to purchase “as-is” damaged properties for reduced prices.

Homeowners, he explained, were often eager to sell their damaged property due to memories of a bad storm experience or recent insurance payouts.

“Many properties owned by such people are their second or their third or even fourth properties, or retirement homes, and many owners of these properties have very little interest, really, in wanting to coordinate a construction project in what for them might be a foreign country,” Mr. Mellor said. “There are opportunities for good value out there.”

Before Irma, the lawyer explained, buyers often got the best value by investing in undeveloped property and building on it. Now, he said, that distinction is not so clear-cut, with buyers able to purchase as-is properties in more expensive areas or with more extravagant homes thanks to the lower prices.

Lowers costs also equate to lower stamp duty, which currently sits at four percent of the property’s market value or purchase price — whichever is higher — for belongers. It is 12 percent for non-belongers.

The lawyer also wanted to dispel the notion that non-belongers can’t buy property. While the process takes longer, a non-belongers land holding licence can typically be processed in three to five months, he said.