On Tuesday, the Virgin Islands athletes and delegates attended the official welcome and flag raising ceremony at the Gold Coast 2018 Athletes’ Village in Australia. The event precedes the official …

END_OF_DOCUMENT_TOKEN_TO_BE_REPLACED 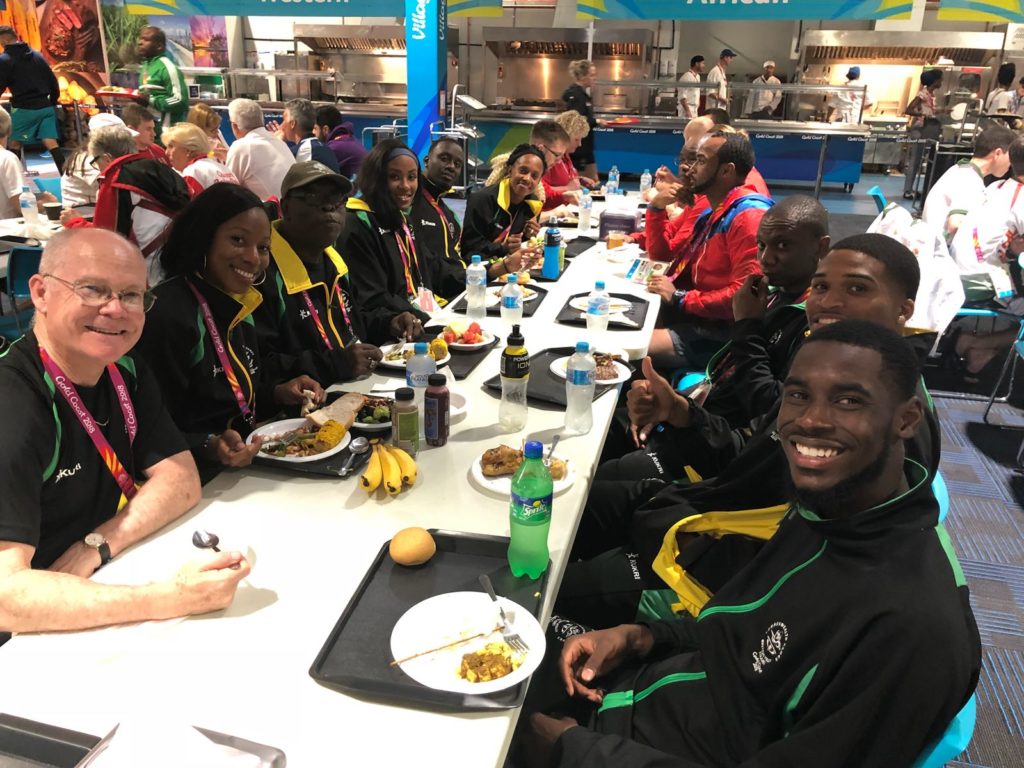 On Tuesday, the Virgin Islands athletes and delegates attended the official welcome and flag raising ceremony at the Gold Coast 2018 Athletes’ Village in Australia.

The event precedes the official start of the 21st Commonwealth Games when the Queen’s Baton, which toured through the Virgin Islands last year on July 2-4, is run into the Carrara Stadium and the Queen’s message to the athletes is removed from the baton and read to the athletes.

The opening ceremony took place on April 4. Kyron McMaster led the VI contingent of 10 athletes and five coaches as the flag bearer. The VI team sported an outfit designed by VI’s Kristin Fraser of Trèfle BVI.

The 10 athletes will represent the territory in two sports starting with Joe Chapman and Neville Sorrentino in the men’s squash singles today.

The games will be broadcast via Flow Sports Live and Flow’s mobile customers will also have live access via WiFi or Mobile Data to the Games via the Flow Sports 1 App. Live coverage on the Flow Sports Networks will start each evening at 7 p.m. Eastern Caribbean Time.

To date, the VI has participated in seven Commonwealth Games, the first being in athletics in Auckland, New Zealand in 1990. The Gold Coast 2018 Games will be the territory’s eighth appearance and is the first major international event since the 2016 Summer Olympic Games.

With more than 6,600 athletes and team officials from 71 Commonwealth nations and territories from six continents coming together to participate in the Friendly Games, organizers of the GC2018 say that this will be the largest sporting event that Australia will see this decade and will be the biggest the Gold Coast has ever seen.