Some VI resorts to open soon

After Hurricane Irma ravaged coastlines across the Virgin Islands, many of the territory’s staple tourism properties were faced with a serious question: What does the future look like? Nearly six …

END_OF_DOCUMENT_TOKEN_TO_BE_REPLACED 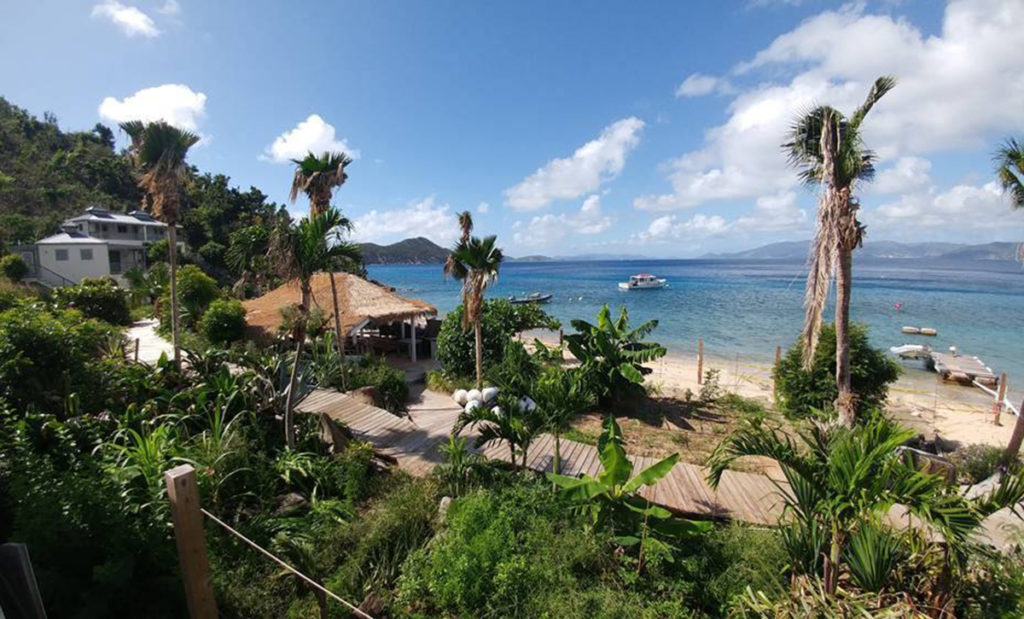 Cooper Island Beach Club is scheduled to open all ten of its rooms on April 1, according to Samantha Baker, the club’s co-manager. Photo: COOPER ISLAND RESORT

After Hurricane Irma ravaged coastlines across the Virgin Islands, many of the territory’s staple tourism properties were faced with a serious question: What does the future look like?

Nearly six months and hundreds of layoffs later, that question hasn’t entirely been answered. Some resorts still cannot provide definitive reopening timelines and others didn’t respond to requests for comments. For many, however, a picture has begun to take shape: The majority of the territory’s luxury properties plan to be operational within the next year, and some plan to open at least partially in a matter of weeks.

Overall, the VI currently offers 400 rooms and 1,000 berths, according to a report from the Caribbean Tourism Organisation, which received information from M. Booth, the BVI Tourist Board’s public relations agency in the United States.

Virgin Gorda’s resorts had suffered a rough patch starting well before Irma. In 2015, Biras Creek Resort shut down due to a legal dispute. In 2016, both Rosewood Little Dix Bay and Yacht Club Costa Smeralda shuttered for renovations, though YCCS re-opened in early 2017.

And when the storm arrived, resorts across the sister island took a beating. Little Dix, set to reopen at the end of the year, saw its progress shattered, and Bitter End Yacht Club, a mainstay in the North Sound, was levelled.

But VG’s tourism prospects for the immediate future aren’t entirely dim: Leverick Bay Resort and Marina has been receiving a steady stream of boats since November, and is now operating both of its restaurants, eight hotel rooms, and the spa, according to Nick Willis, one of the resort’s general mangers.

Leverick plans to open all 16 hotel rooms and four condominiums by the end of the year, Mr. Willis said, noting that they still plan to host Poker Run in 2018.

Oil Nut Bay plans to reopen three villas and two suites on March 1 and will continue to reopen the rest of its villas as work continues throughout the spring, according to Emily Oakes, the resort’s director of marketing and villa and rental management.

All of the resort’s amenities except the spa — which is scheduled to be operational this summer — have reopened, Ms. Oakes added.

Biras Creek is also scheduled to partially reopen with 12 rooms in November, the CTO report stated.

Neither Little Dix nor BEYC, however, have been able to provide such concrete timelines: Both are scheduled to resume operations at some point in 2019, according to the CTO report. In a press release this month, BEYC ownership announced a plan to announce a reopening date in the “coming months.”

In December, Little Dix announced that it anticipated reopening in late 2019.

YCCS’s reopening schedule is also not entirely certain: Dario Cruciani, the club’s operations manager, said he hopes to be up and running by November but could not say for sure due to a number of external factors.

Though YCCS’s clubhouse did not suffer any major structural damage during the storm, its dock was destroyed, forcing the cancellation of the resort’s scheduled events this year, Mr. Cruciani explained.

Despite the closure, the club has kept 10 people on the payroll and should be back up to around 50 when it reopens, he added.

The operations manager stressed the importance of hurrying along that process.

“Definitely there’s a will to come back and make it bigger and stronger,” Mr. Cruciani said. “The connections are still alive, but we have to act in a timely manner because we are absolutely not in a position to lose a second season.”

Cooper Island Beach Club is scheduled to open all ten of its rooms on April 1, and most have already been booked by guests rescheduling postponed October-March trip dates, according to Samantha Baker, the club’s co-manager.

“Our restaurant, bar, boutique, coffee shop and rum bar will also be open and the microbrewery will be releasing the new Irma IPA to celebrate our recovery!” Ms. Baker wrote in an e-mail to the Beacon. “The vast majority of our existing staff will be returning to work next month, but our pre-Irma plans to increase staffing levels have been put on hold for now.”

One month later, Eustatia Island plans to reopen for exclusive-use groups of up to 14 people, according to a resort official.

The island’s staff levels should be back to 100 percent by then and 10 percent of the rental rate will be donated towards the VI’s recovery effort.

Sir Richard Branson’s pair of resorts will take a little longer: Necker Island is slated to welcome back guests to the resort’s “Great House” for the first time in October, according to Charlotte Dollin, the head of public relations for Virgin Limited Edition. Further accommodations will reopen in 2019, she added.

Though Ms. Dollin declined to comment on the future of Mosquito Island, the CTO reported that one house is scheduled to reopen at the resort in October.

Guana Island and Scrub Island Resort, Spa & Marina are scheduled to reopen in July; Peter Island Resort & Spa is scheduled to partially reopen sometime in the fall; and Pusser’s Marina Cay is slated to be ready for guests in late 2019, according to the CTO report.

Meanwhile, the Anegada Beach Club reopened on Feb. 1, according to Doug Riegels, the owner. On Tortola, the timeline for the Wyndham Turtle Bay Resort at Lambert Beach remains uncertain, and resort officials could not be reached for comment.

In the CTO report, the Caribbean Hotel and Tourism Association provided a broad picture of the status of hotels throughout the hurricane-battered parts of the region.

Of the 129 CHTA-member hotels in the six most severely impacted jurisdictions — the VI, Anguilla, Puerto Rico, St. Maarten, St. Martin, and the United States VI — 63 have reopened, or about 49 percent. The remaining 66 hotels are still closed, though an additional 12 are expected to open by September and an additional 20 by December.