VI rings in the new year with thousands of revelers

New Year’s Day arrived with a bang at Trellis Bay this year as fireworks popped in the midnight sky, dazzling thousands of residents and visitors. “We had over 2,000 persons, …

END_OF_DOCUMENT_TOKEN_TO_BE_REPLACED 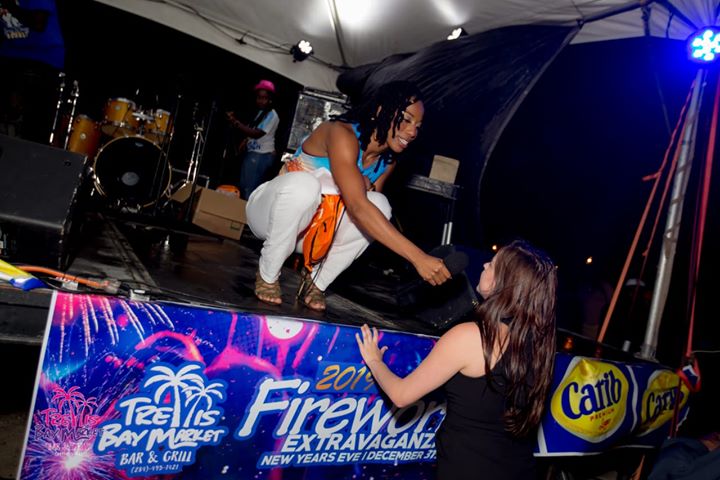 New Year’s Day arrived with a bang at Trellis Bay this year as fireworks popped in the midnight sky, dazzling thousands of residents and visitors.

“We had over 2,000 persons, both visitors and locals, at the event,” said Shamora “Molly” Penn of Trellis Bay Market, Bar and Grill. “The attendance was much bigger than last year with the addition of the grand fireworks displays at midnight.”

Indeed, the 2016-2017 attendance was just over 1,000 and last year’s dipped even further following the damage from Hurricane Irma, which left the area riddled with broken boats.

However, over the course of the past year, various groups ar- rived to help clear the debris and clean up the beach.

For Ms. Penn and the other business owners, these efforts al- lowed them to show off how the area was meant to look.

“The event attracted thousands of visitors and tourists to celebrate life in the British Virgin Islands,” she said.

More celebrations
Elsewhere in the territory, Paradise Club in Cane Garden Bay and CocoMaya on Virgin Gorda both decided on “masquerade” themes for their celebrations. But as usual the granddaddy of them all was Foxy’s Old Year’s Night, which has topped lists for decades as one of the world’s most memorable New Year’s Eve parties, competing with the best New York and Paris have to offer. On the beach at Great Harbour, Jost Van Dyke, an oversized sign welcomed guests to “Foxy’s Yot Club,” and patrons sported mermaid costumes, eyepatches and sailor gear. This year’s nautical theme “intended pay tribute to Foxy’s roots as a rest stop for sailors,” according to the business’s website.

Besides Foxy’s main bar, six smaller bars were set up along the beach serving drinks all night to patrons, many of whom who drove dinghies in from yachts moored in Great Harbour.

“We had a few friends over for drinks and dancing,” Mr. Warner quipped.“The lineup was great. We had zero negative incidents, lots of positive incidents.”

New Year’s Day also marked the beginning of a new tradition at the rebuilt Foxy’s Taboo in Diamond Cay, which welcomed back guests for the first time since being destroyed by Hurricane Irma.

Unicorn and flamingo floats were everywhere as flotillas of boats arrived for the international Yacht Week event.

“The Yacht Week partied hard and the docks got jammed up,” owner Justine Callwood wrote in a social media post. “Yacht Week stayed around even thought they weren’t supposed to,” she later told the Beacon.

In spite of a few kinks involving food service, Ms. Callwood wrote that guests were happy to see the establishment finally open for business. They already preparing for a full moon party later this month.

“We got a late start but oh, the outpouring of [love] was amazing,” she wrote.

“The staff who came to help were champions, and visitors, residents and other JVD businesses … were super.”