Over the weekend, Elinah Phillip won three silver medals at the CARIFTA Games Swimming Championships hosted by Jamaica. Her first medal was in the 15-17 girls 50-metre butterfly in 28.29 …

END_OF_DOCUMENT_TOKEN_TO_BE_REPLACED 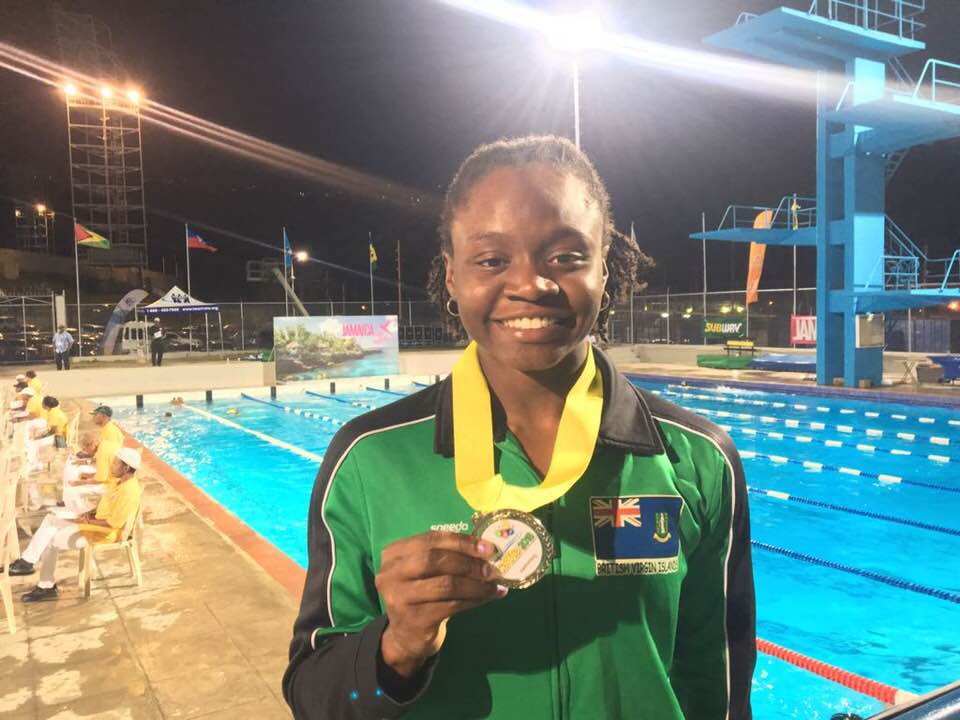 Elinah Phillip shows off one of three silver medals she won in Jamaica during the CARIFTA Games Swimming Championships. Photo: Provided

Ms. Phillip celebrated her 18th birthday by winning her third Carifta silver medal, bringing her overall total to 10 — the most medals in track and field or swimming. Her third silver was in the 50-metre freestyle with a time of 26.29 seconds.

Rikkoi Brathwaite, of the Virgin Islands, won bronze in the under-20 boys 100-metre dash with a time of 10.46 seconds at the Carifta Games hosted by the Bahamas.

Mr. Brathwaite became the first medalist in the territory’s history of the event dating back to 1976.

The following athletes were selected based on their performance for the games:

The official opening ceremony of the Flow Carifta Games was Friday at the Thomas A. Robinson National Stadium in Nassau, Bahamas. Competition started Saturday and wrapped up on Monday.